London To Cannes. By Bike

Stiff+Trevillion's, Nick Delo, has completed this year's Knight Frank Cycle to MIPIM. After a covid-induced break, this annual and epic fundraising event has returned and proved just as gruelling.

Nick recorded his experience of this year's cycle.

A very upbeat Club Peloton gathering at Herne Hill velodrome with some old faces some new. A lap and half around the track and we were off. I’m in Team Lockton and we lead out the day for stage 1. Weaving our way through school run traffic it was slow going exiting London. Whilst we had motorcycle out-riders in the UK, they can’t stop the traffic and successive sets caused splits in the peloton, so we had to try and regroup. Once out of London the running was good with lots of conversation to while away the miles. Weather was fair not too cold but crisp and dry. A short day in the saddle and we arrived at Folkestone, jumped on the coach with our mini bottles of wine and onto the Eurostar and hotel in Calais.

Weather was perfect, a low bright sun throughout the day. Dry not hot but warm enough to don shorts for the day. Some beautiful classic French countryside. Fairly flat with wide expanses and generally green and lush. Quite a few wind turbines now dot the landscape. Every so often we would skip and whizz through sleepy almost ghost-town villages. A long day in the saddle but joyous days that ended with a few beers and a game of pool. These are the days to enjoy the ride, and everyone was buzzing from a great day out.

We set off in fair weather and initially the going was good. By about 10am the headwind was in full flight. Team Lockton put in a good shift in at the front to shield the rest of the peloton and make the going easier through to lunch. We were down to 19km an hour on steep down hills, and we should have been able to hit 50-60 easily on a better day. We worried that a few might get blown off their bikes, but everyone stayed on. At our rest stops there were masseurs on hand to aid aching limbs. We were back at the front for the final stage of the day, and everyone was exhausted with the battering we had taken from the wind. We put the hammer down making good time to ease into our over-night stop. We hit the restaurant and then the pub to watch the Wales game.

All seemed to start well but by early morning the smattering of rain turned very angry, and the wind picked up which made for a bitingly cold ride. The rolling countryside somehow wasn’t as pretty, and our route seemed to follow an array of unique water towers. By lunch we were all completely drenched and almost everyone was spent. I made a schoolboy error and only packed summer gloves. Thankfully they allowed us access to our bags, so I was able to put on warmer clothes. Post lunch the weather was foul and it was very wet and very cold, but moods lifted as we rolled towards the end of the day. We stopped in a château and experienced a surreal ‘Alice in Wonderland’ style tea party as well as being asked to remove our shoes and wear slippers, extraordinary!

‘Everything but the kitchen sink’

We had just about managed to dry our kit overnight and the day started overcast. With this scheduled to be the second longest day grey skies were not an issue. After several wrong turnings (which is generally unheard of) it probably ended up taking top spot as the longest day. We had rolling countryside, quiet villages, smooth fresh tarmac and even a gravel road. The sun made a brief appearance, and we ate pizza at our last stage in Hauterive and felt a smattering of rain as we set off for Valence. Within 20min the heavens had opened, and it was torrential. Noah started building an ark and we pressed on and were further hampered by the head wind. It’s reportedly the worst stage they’ve ever had on a Club Peloton ride. A dubious honour. It was dark and bleak, you could hardly see further than the bike in front of you. After 2 hours of solid cycling against the elements we finally made it, frozen to the bone and with eyes swollen from the horizontal rain. A day to remember.

Having nursed our wounds from the previous evening we were in good spirits and set out to see the landscape. A day of climbing and descending. Thankfully we were allowed to attack at our own pace and then regroup at Stage finishes. Although considerably spread out along the winding hillsides there was little traffic which was important as once, we had reached a summit and taken in the spectacular views watching the orange gillets snaking through the landscape below it was a very fast series of descents. Whistling through sheer faced gorges and with overhanging rock and the odd stream. An incredible day cycling and worth every effort to have made it this far to experience it.

We set off earlier the usual, so it was dark and here had been little sleep the previous night, but the mood was high, and everyone was buzzing. A shorter day but with punchy in ascents. The temperature was cool as we meandered over quiet hillsides with the whole unified peloton whizzing like a train through small villages and open roads. As we descended into lunch it started to warm up. Dan Campbell and a welcome crew had cycled out to cheer us on which was a great morale booster and took my mind off my aching muscles. As we hit Cannes marina it was gillets off and team shirts proudly worn. Team Lockton on the front setting the standard as they had done all week. We rolled into the Croisette, cheered on by a select gathering. Photos and beers then off to out hotels and out for a celebration at one of the local bars.

A great week of cycling in fantastic company through some beautiful countryside and a ride to be remembered.

You can sponsor Nick for this mad endeavour at: https://www.justgiving.com/fun... 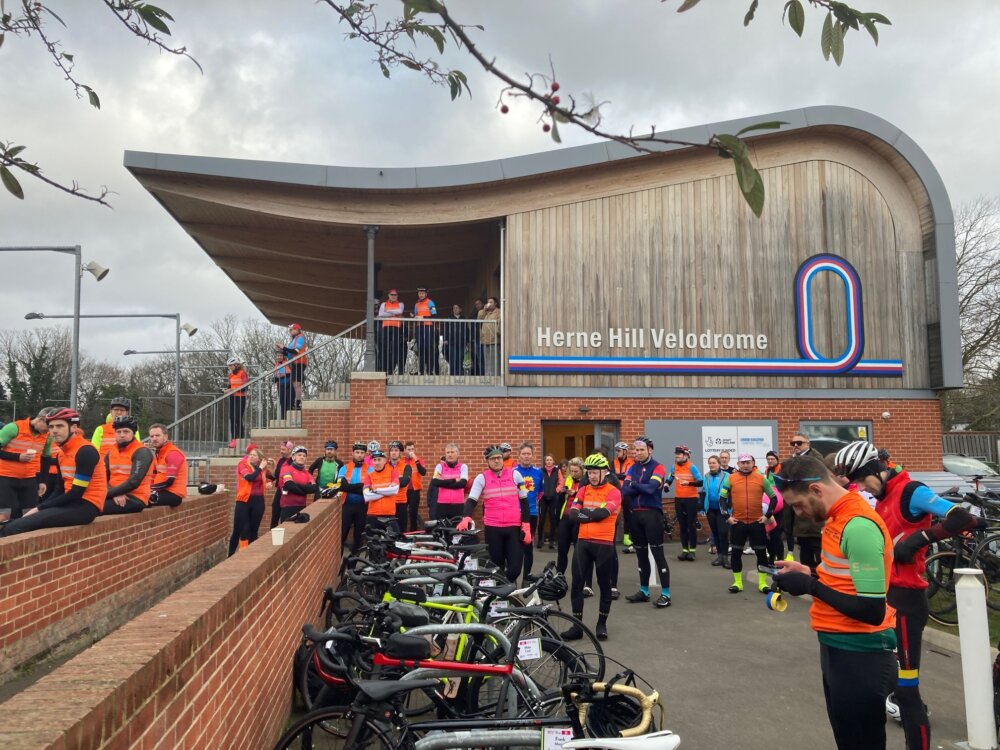