Two years ago we had a very memorable trip to Moscow with the Architecture Club, there were many highlights, but for me seeing the Shukhov tower late in the afternoon against a flat grey sky was memorable, I took this photo then.

The 160m high radio Tower was built in 1922 by Vladimir Shukhov, commissioned by Lenin to spread the the Communist message via the relatively new medium of radio. The structure was featured in the exhibition we designed at the RA in 2011, Building the Revolution. Richard Pare's beautiful photograph of the tower formed the front piece of the show.

It is now threatened with demolition, its fine steel structure has been neglected, but it is not beyond repair. It is it's height that could be it's downfall, it sits in a low rise zone, demolition would allow a new skyscraper in its place.

Its loss would be immense, and many international architects have pleaded with the authorities to protect and restore the structure. I hope that they are listened to. 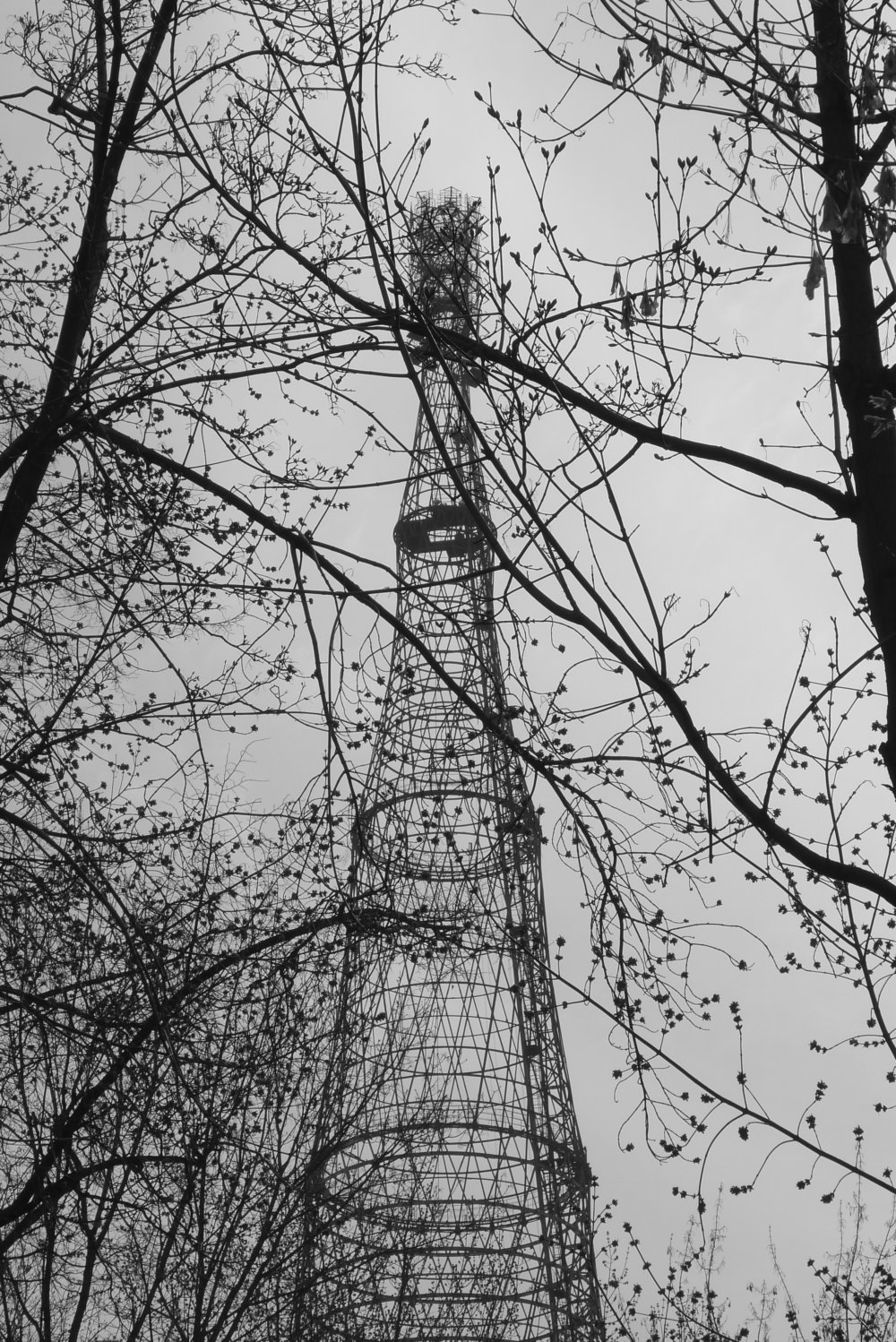