The Glorious Dead - Remembering the Forgotten

It is interesting that prior to World War I (WWI) there were no War Memorials in the UK.  The British tended to erect statues of military and naval leaders, who were often commemorated with tombs in the grander churches and cathedrals.

Lutyens’ Cenotaph in Whitehall was originally a temporary structure in wood and plaster to commemorate the first anniversary of the armistice. It soon became a populist place of pilgrimage for all those hundreds of thousands of families who had lost a relative in The Great War and as a result it was replaced with a permanent Portland stone version in 1920.

It is shocking to recall that the returning troops, the survivors perhaps, were not greeted as heroes, but almost shunned by a nation that was in mourning and trying to move on from the ghastly slaughter of the war. This is a phenomenon that the Vietnam Vets experienced when they returned to their homes at the end of the Vietnam War in 1973.

In the centennial celebration of Women’s Suffrage it is rarely mentioned that many of the soldiers who lost their lives, as well as those who returned, had no right to vote. As well as 8.5m women enfranchised by The Fourth Reform Act of 1918, 5.2m men over the age of 21 were also granted suffrage. The era after the war would see massive consequential social and political change. The sheer scale of the losses on all sides would once again lead to historic upheaval throughout Europe.

The urgency to remember those who gave up their lives grew out of the scale of the losses, and a desire to recognise the ordinary man. It marked the demise of the Edwardian patrician society. Fabian Ware, at the Commonwealth War Graves Commission, set out to honour all who had died with the credo that each life was equally valuable and should be remembered regardless of rank, race or creed.

The simple head stone that Lutyens devised is a poetic and democratic representation of this enlightened view. Today the frontline of the trench war in North Eastern France and Belgium can be traced by the scores of graveyards laid out where soldiers fell.

On the first day of the battle of the Somme in 1916 over 19,000 British and Commonwealth soldiers were killed. This battle alone would claim almost 420,000 British casualties.

There are some 75,000 names carved into the Portland stone facades of the Thiepval Memorial to the Missing of the Somme.  British and South African soldiers whose remains were never recovered. The building, by Lutyens is masterpiece; Gavin Stamp suggests it is the greatest Twentieth Century building by a British Architect. It is awe inspiring, sophisticated and deeply moving. A silent giant set deep in the countryside occupying the high ground that so many lost their lives trying to control.

Although it may not look so at first sight, it is distinctly modernist, concerned with volume and interlocking geometries. Apart from carved wreaths there is no figurative sculpture, it is not romantic but sombre and earnest. An entirely appropriate architecture for such a tragic memorial. 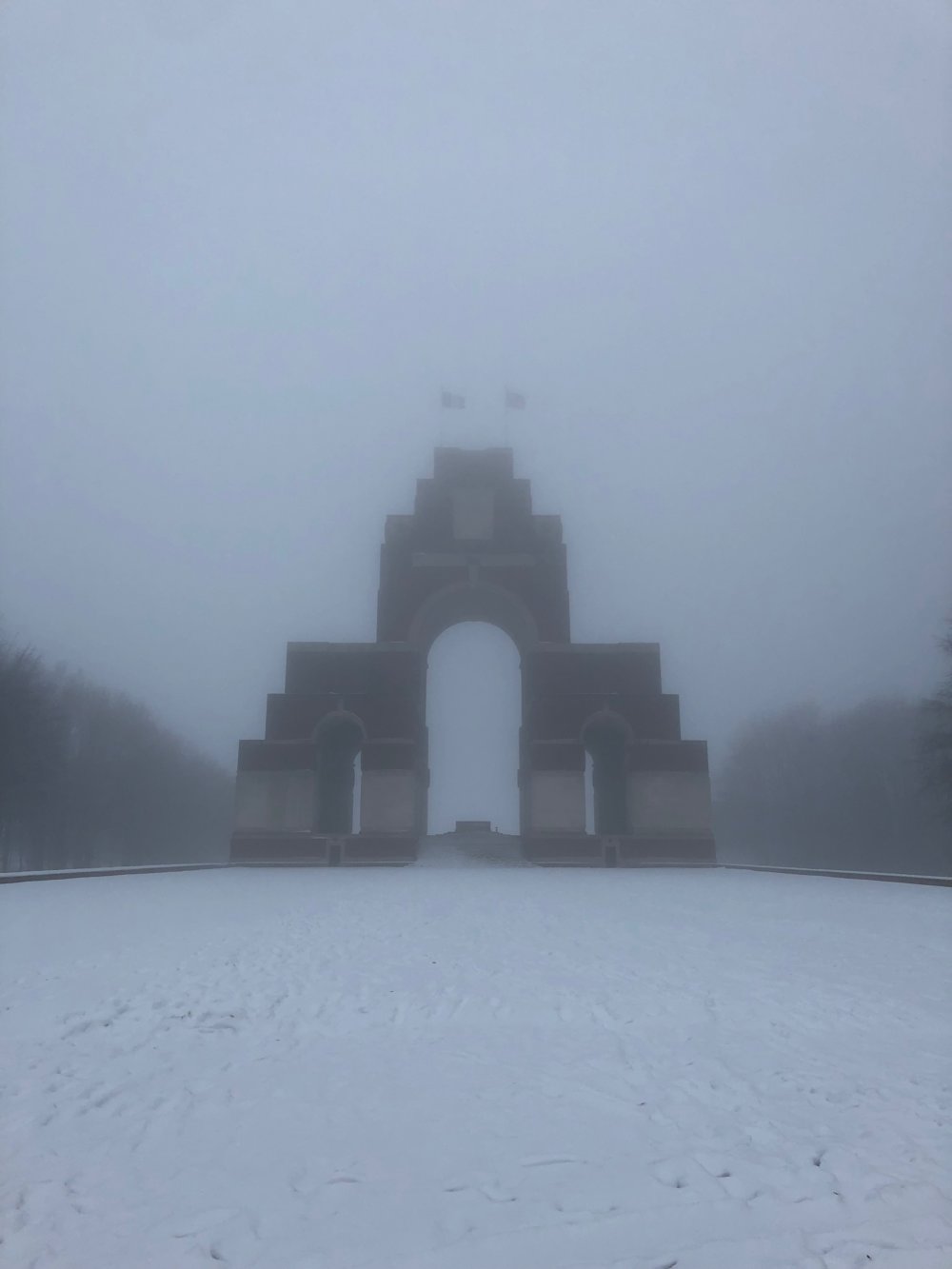 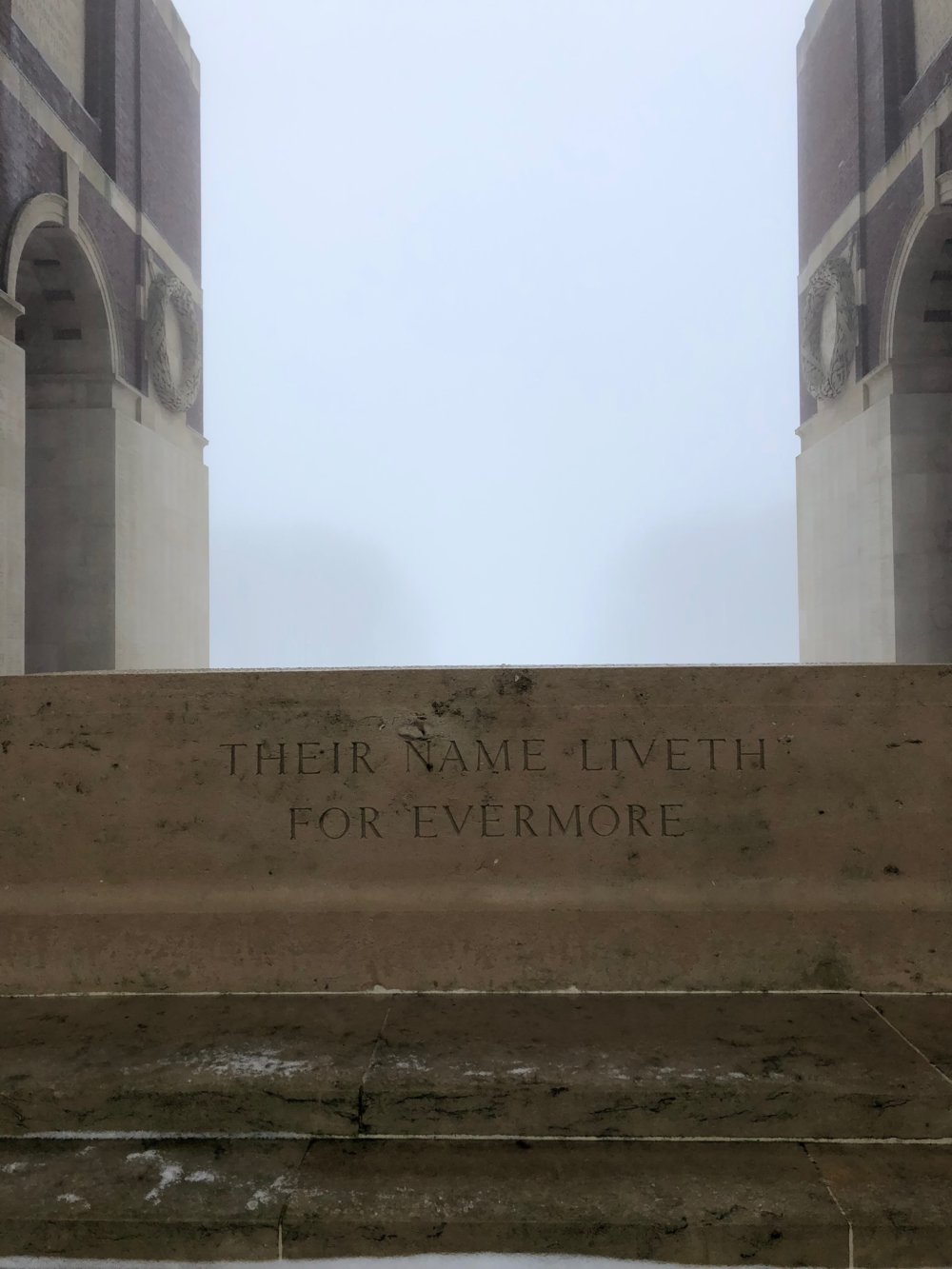 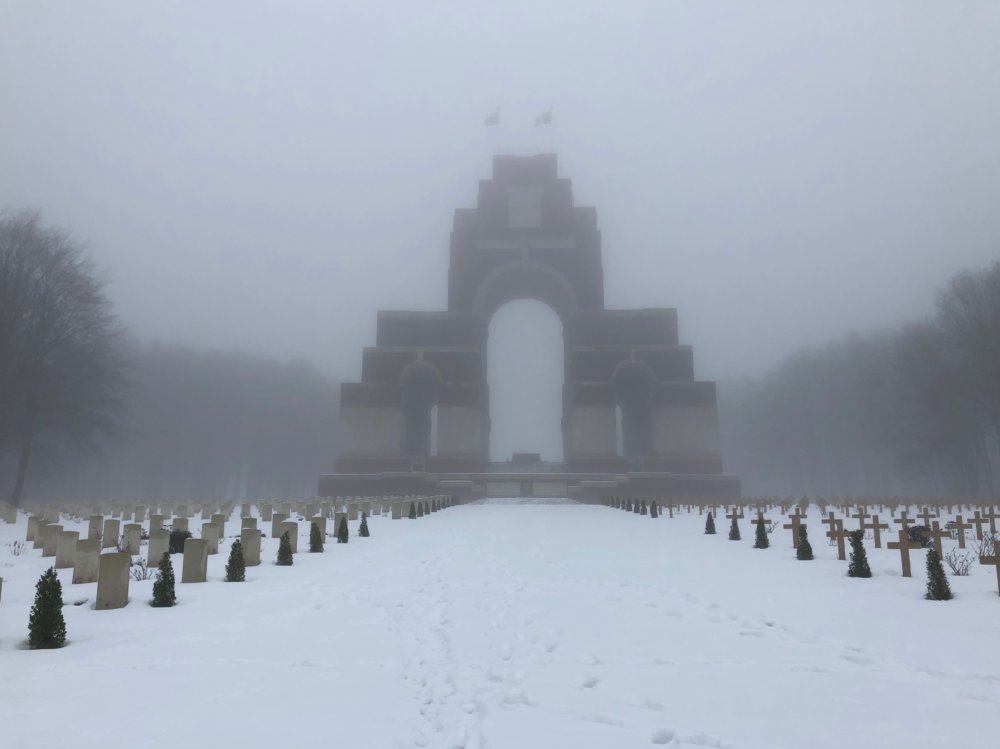 It is said that at Vimy Ridge, Canada came of age. They lost 3,600 troops in the battle for another piece of commanding high ground and they too erected a monument to their fallen. The Vimy memorial was designed by the architect and sculptor W S Allward and adopts a very different approach to Thiepval. It is dignified and monumental in its setting, however as you approach the figurative embellishments become apparent. 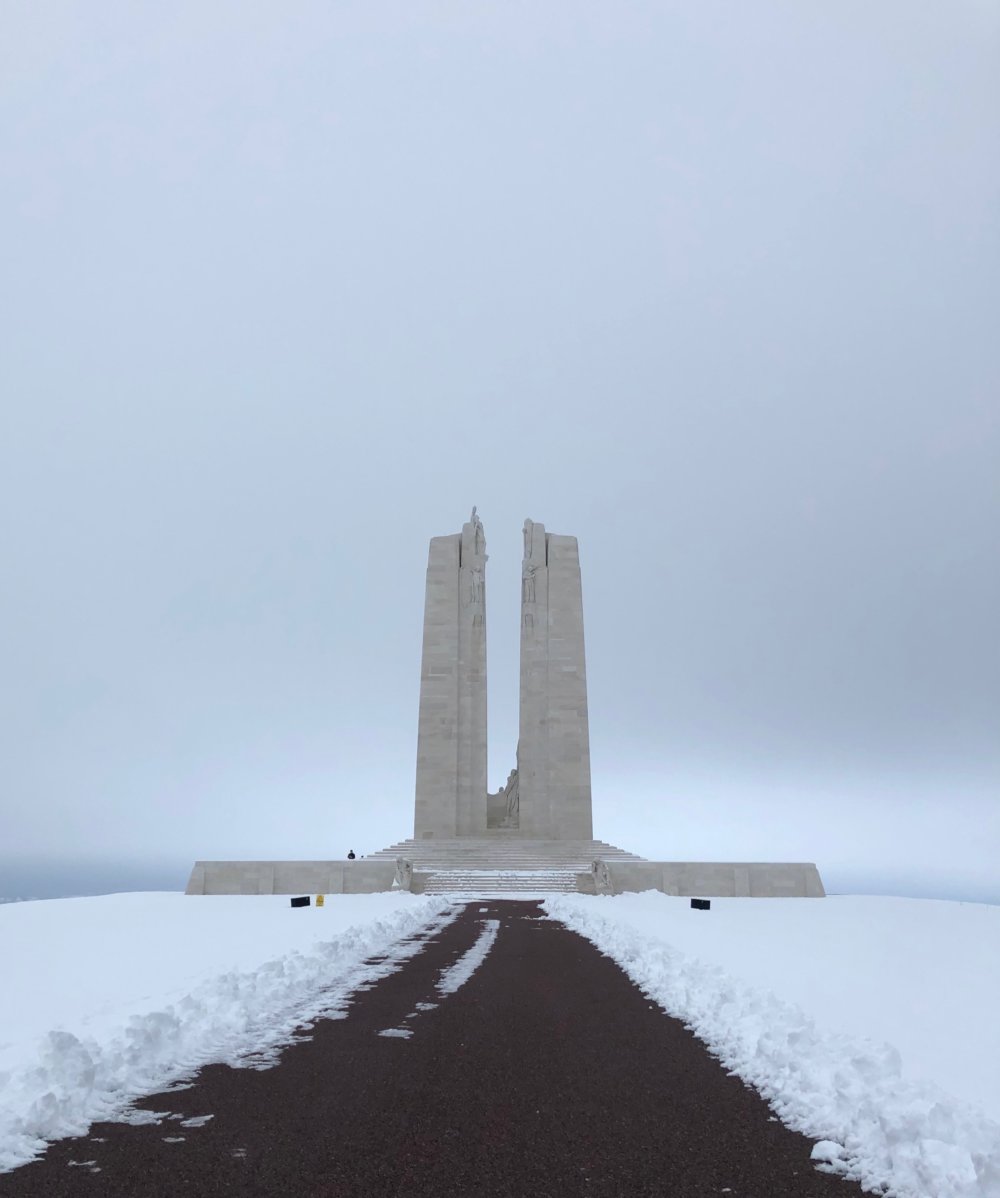 These two very different approaches to memorial and memory reflect the path of the modern movement in Europe in the 1920’s. It was Lutyens who was moving his architecture forward, using proportion, scale and entasis, echoing the sculptural and abstracted architecture of the Modern movement. In contrast Allward at Vimy is clearly still influenced by Art Nouveau, his is a much more stylistic and figurative portrayal of grief and loss with its roots in the Pre Raphaelite movement rather than the emerging modern world.

My visits to these and other monuments around Arras provided helpful context as a judge for an ideas competition for a new memorial to mark the end of WW1. The competition was organised by the Rosati Society, which is based in Arras and was founded 1778 by a group of artists, poets and writers. Design ideas aimed to focus on Arras, which was almost completely devastated by the conflict, alongside use of innovative materials.  Despite ending one hundred years ago, this devastating conflict still holds a peculiarly poignant spot in the collective memory of Europe.