RIBA presidential elections seem to come around with monotonous regularity. There have been 20 presidents since I qualified, many of whom I know, (including my old boss David Rock), but with the exception perhaps of Michael Manser, I find it difficult to recall what any of them did when in office. Michael was president from 1983 -85, overseeing the 150th Anniversary celebrations, which were best remembered for Prince Charles’ Carbuncle speech at Hampton Court Palace. This unfortunate debacle defined his presidency.

All presidents have an agenda, and a desire to leave their mark, but they only have two years in office, and one of those is spent working with their successor, so time is limited. Having said that two years is a major sacrifice if they are working architects, and more often than not the commitment can seriously damage their practices. This is perhaps the major factor in determining who will or can stand.

I sense that the Institute has become increasingly irrelevant, with minimal political influence and offering very little of interest to its members. And it is a costly club to be a member of, especially if you run a practice, with very few benefits. It is fair to say that I rarely set foot in the building these days. In fact I spend far more of my time at the NLA (New London Architecture) which blends socialising with educating and lobbying, which is surely what the RIBA should be doing.

I have often thought that its greatest asset, Grey Wornum’s building on Portland Place, is not really suited to being an “Architecture Centre”, which is how it seems to be viewed by the powers that be. It is processional and grand, a 1930’s version of a Pall Mall Club, so rather than trying to use the building in ways that don’t suit it why not use it as a social club for architects? 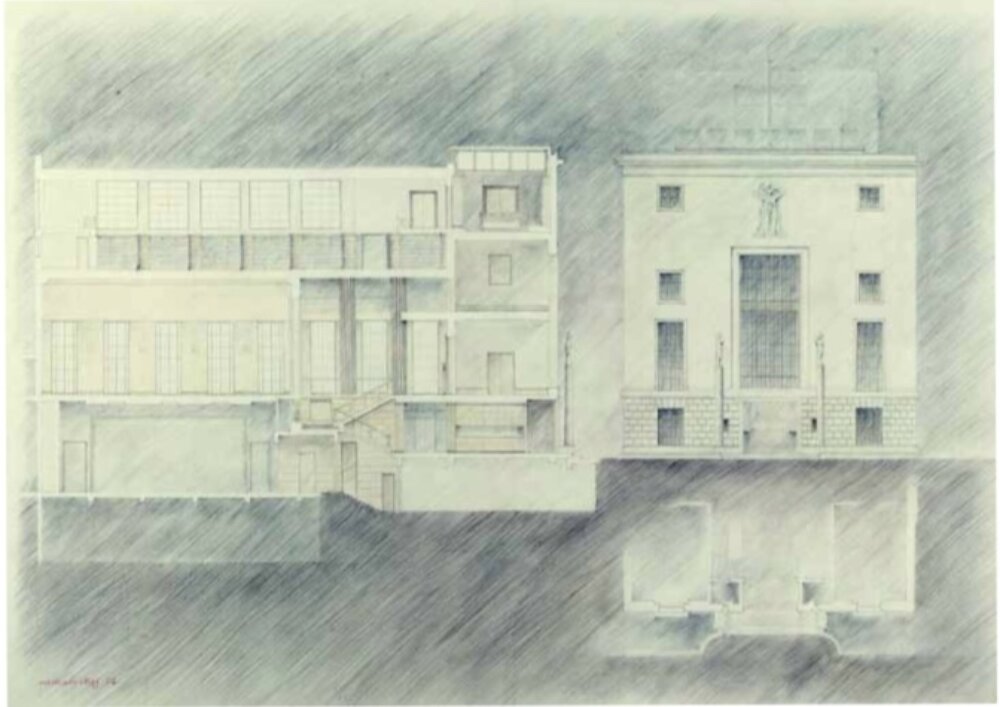 I remember when there used to be a small but convivial bar at the top of the building where we would meet colleagues, that closed many years ago, and despite efforts to put restaurants in the Florence Hall it’s dynamic has never been rekindled. The RIBA should be a place where we want to meet each other, somewhere to take clients, and a place non London architects can use as a base when in town.

Which is why I was very pleased to see that Simon Allford is standing in this autumns ballot. His vision of a “House of Architecture” is appropriate and inclusive, allowing all members and the public to learn, meet and socialise in a building that was built for that purpose.

I have known Simon since the foundation of AHMM, he is one of the most successful architects of his generation. He has built a world class practice with Jon, Paul and Peter. He has committed a lot of his time to teaching, and he almost single handedly rescued the Architecture Foundation. He is clever, witty and strong minded, if anyone can effect much needed change at the RIBA Simon can.

He will get my vote, and I shall be encouraging friends and colleagues to do the same.