Our environment is shaped by many factors, climate, security and connectivity have been our priorities in recent years. The current predicament challenges us once again to look at the way we live, and how we will need to adapt our cities and buildings to cope with a world of viral pandemics which will almost certainly become the new normal.

Scanning my shelves for something to read, I came across a book I had forgotten I owned, I think it must have been a student buy, ”A Journal of the Plague Year” by Daniel Defoe. This is a contemporary account of London in the 1660’s as the plague arrived in The City of London. The parallels are striking, the use of statistics, a sense of denial, escape, lockdown and financial collapse all accompany the uncontrolled death rate. 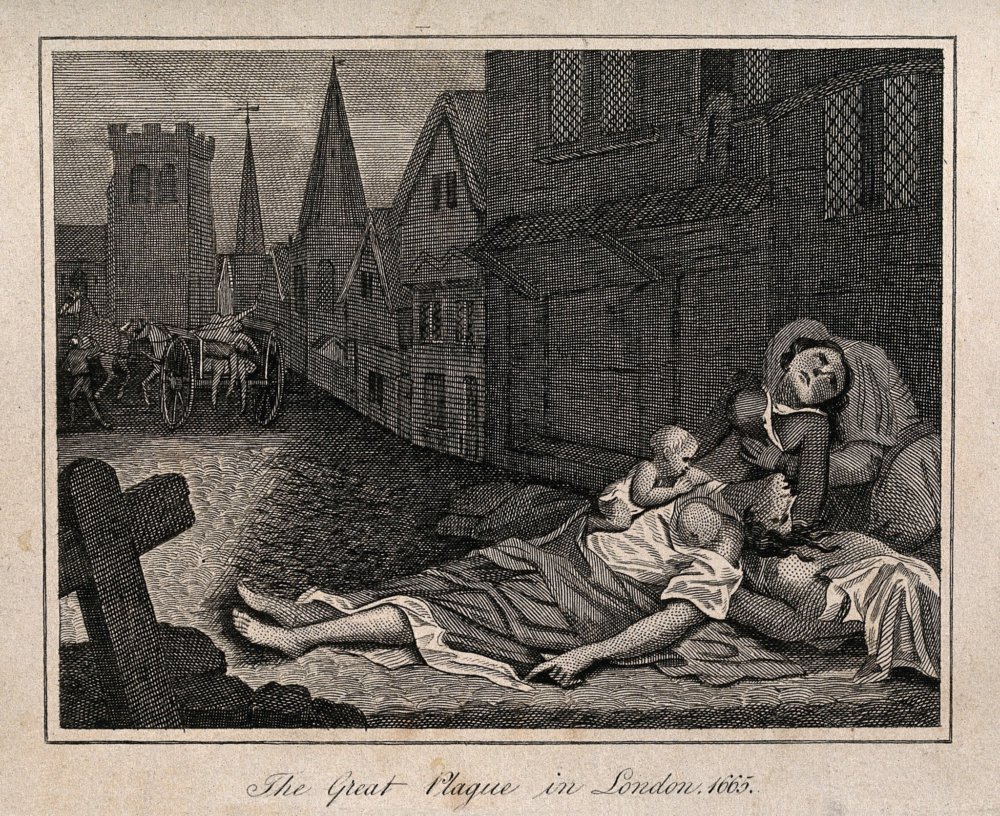 “The face of London was now strangely altered; sorrow and sadness sat upon every face; and though some parts were not yet overwhelmed, yet all looked deeply concerned, and as we saw it apparently coming on, so every one looked on himself and his family as in the utmost danger”

The parallels with 2020 are uncanny, as the plague gathered momentum laws were quickly enacted to enforce social distancing:

“Again, the public showed that they would bear their share in these things; the very Court, which was then gay and luxurious, put on a face of just concern for the public danger. All the plays and interludes were forbid to act; the gaming-tables, public dancing rooms and music houses were shut up and supressed”

The great fire in 1666 enabled the wholesale rebuilding of the City refreshing the entire building stock and introducing building regulations and party wall acts. However the cause of the pandemic was still misunderstood, it was still believed that the virus was an airborne miasma. It was not until the mid-nineteenth Century that the link between the spread of disease and the built environment was properly established.

In the 1850’s a cholera epidemic was devastating London. Sanitation had improved very little in two hundred years, raw sewage was still pumped into the Thames or into cesspits which inevitably infected the city’s drinking water. It was a physician, John Snow, who used mapping to understand that the source of the outbreak in Soho was contaminated water from the Broad Street pump (now Broadwick Street). An act of Parliament soon followed and Joseph Bazalgette’s sewage system was installed along the Thames embankment. Furthermore, streets were widened and paved with larger slabs, thresholds introduced, and properties were connected to a municipal sewage system.

Twentieth century architects exchanged high Edwardianism for a modernist aesthetic in response to the Spanish Flu and TB outbreaks after the First World War. At the turn of the century bathrooms were still as they were in Victorian times, little different to bed chambers. Now they were tiled and sealed plumbing was integrated, hard cleanable surfaces were used in kitchens, larders and hallways. Perhaps today we see International Modernism as a “style”, but the clean white spacious architecture was born out of an interest in creating airy, sunlit and hygienic spaces to counter the dismal air quality and cramped living conditions that resulted from the rapid urban expansion of the industrial revolution.

London is once again in the forefront of a global pandemic that arrived with a whisper. Even with 21st century technology we are struggling to deal with the consequences of contagion. Whilst it is not as devasting in human terms as the plague or Spanish Flu, the political response is being shaped by expert medical advice and will have far reaching economic consequences.

We will, by necessity, lead our lives very differently, and the places we work, play and live in will need to adapt. Things that we take for granted will be viewed with suspicion, who will want to squeeze into a packed tube train for example?

As architects we have a particular responsibility for the physical and mental well-being of the people we work with, and of course the people we design for. As a practice we hope to reopen our studio soon, and we are making plans for that now, home working will continue for those who are vulnerable or unwilling to use public transport. We will encourage people to cycle or walk to work, and we will need to ensure that social distancing does not preclude many of the shared activities that make our jobs so satisfying.

Buildings will need to adapt too, space standards and specifications will be challenged, a response driven by the people who use the buildings rather than a change in statutory regulations. Tenants will seek spaces that, among other things, will have taller ceiling heights, the ability to open windows and naturally ventilate, and more generous washrooms.

Clients, planners and designers will need to adapt quickly to these necessary demands which will impact the shape and form of our cities and buildings. Public realm must be even more significant, wider pavements, priority for cycling over cars, spacious amenity areas. When we get into our places of work these will need to adapt, the surfaces we use and touch will be reappraised, doors will be automated, lifts called by iPhone, and cleaners will no longer just have “cupboards”.

Over the years, architects have allowed their professional status to be diminished, enabling cost consultants, project managers and main contractors to write the agenda. In the post Covid world architects and engineers can take the lead, as we have seen in this national emergency, it is the experts not the politicians that people listen too.