Contrary to its timeless image, Oxford is a city whose fabric is constantly evolving.  Across the centuries Wren, Hawksmoor and Gibbs, Butterfield, Waterhouse and Lutyens, Jacobsen, Stirling and Hadid have all left their mark.

It is a curious city; it changes not with the seasons but with the student year.  It is a very different place between the summer and autumn terms for example. It is a university first and apart from academics and tutors, not many people live in the historic core. Tourists flock to it, but the dwell time is on average 2 hours.

There are 38 colleges, some of which are extremely wealthy, and student numbers are expanding. This in turn requires more space, and thankfully better quality space.  As well as the traditional buildings of Oxford, many of the mid Century modernist works are being refurbished and upgraded, and of course there has been a proliferation of new building projects.

Spending a day in the city can only scratch the surface there is so much to see. Inevitably, there are good and bad buildings, and a recent trip with The Architecture Club visited five contemporary buildings that demonstrate the architectural diversity of the place.

Starting with the Stirling Prize nominated Sultan Nazrin Shah Centre at Worcester College by Niall McLaughlin, set in a bucolic landscape with one of MacCormac and Jamieson’s fine early works as a neighbour, this would be a worthy winner of the annual prize. Beautifully detailed, intellectually grounded and functionally precise, you will not see many better contemporary buildings. 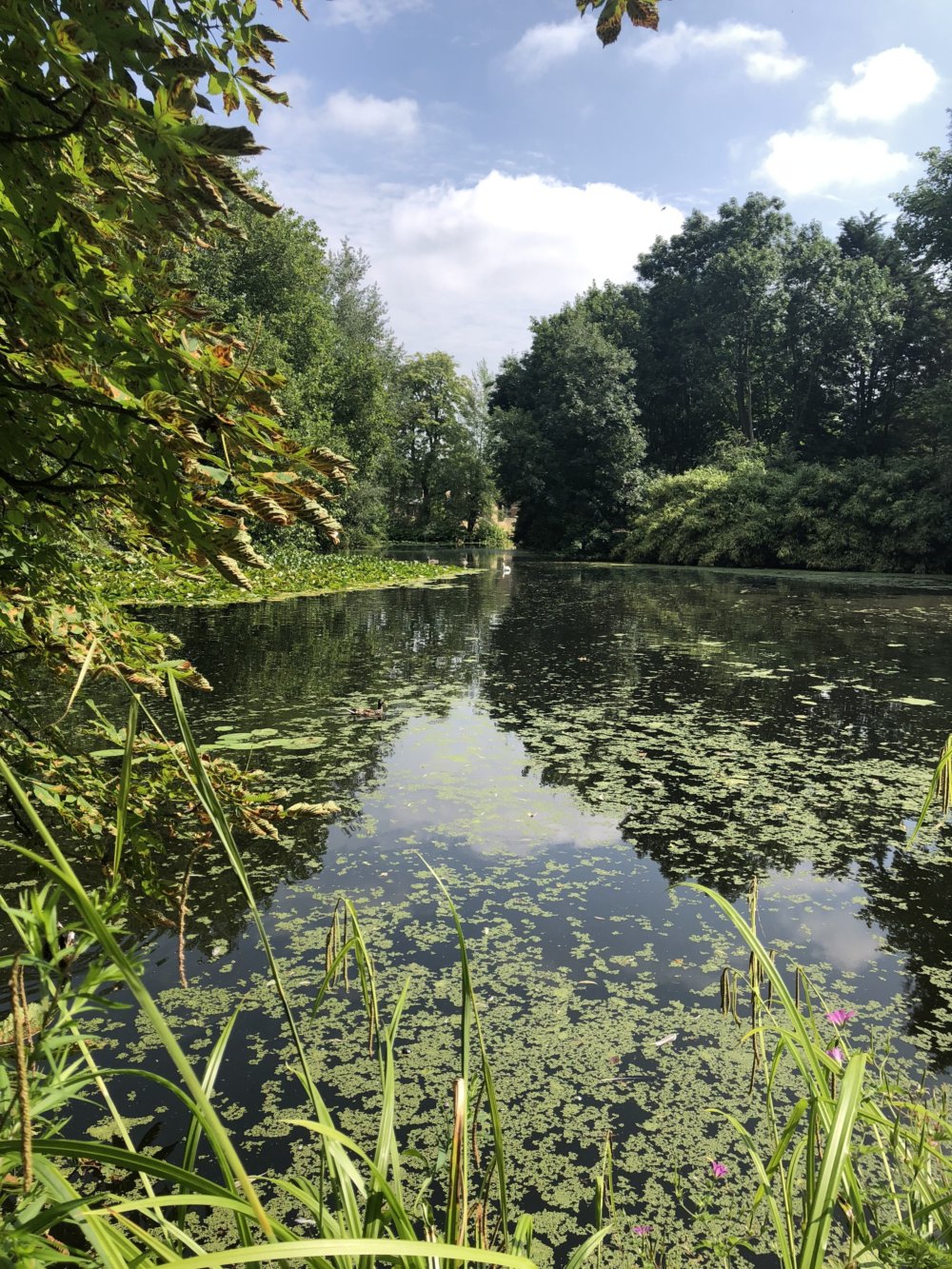 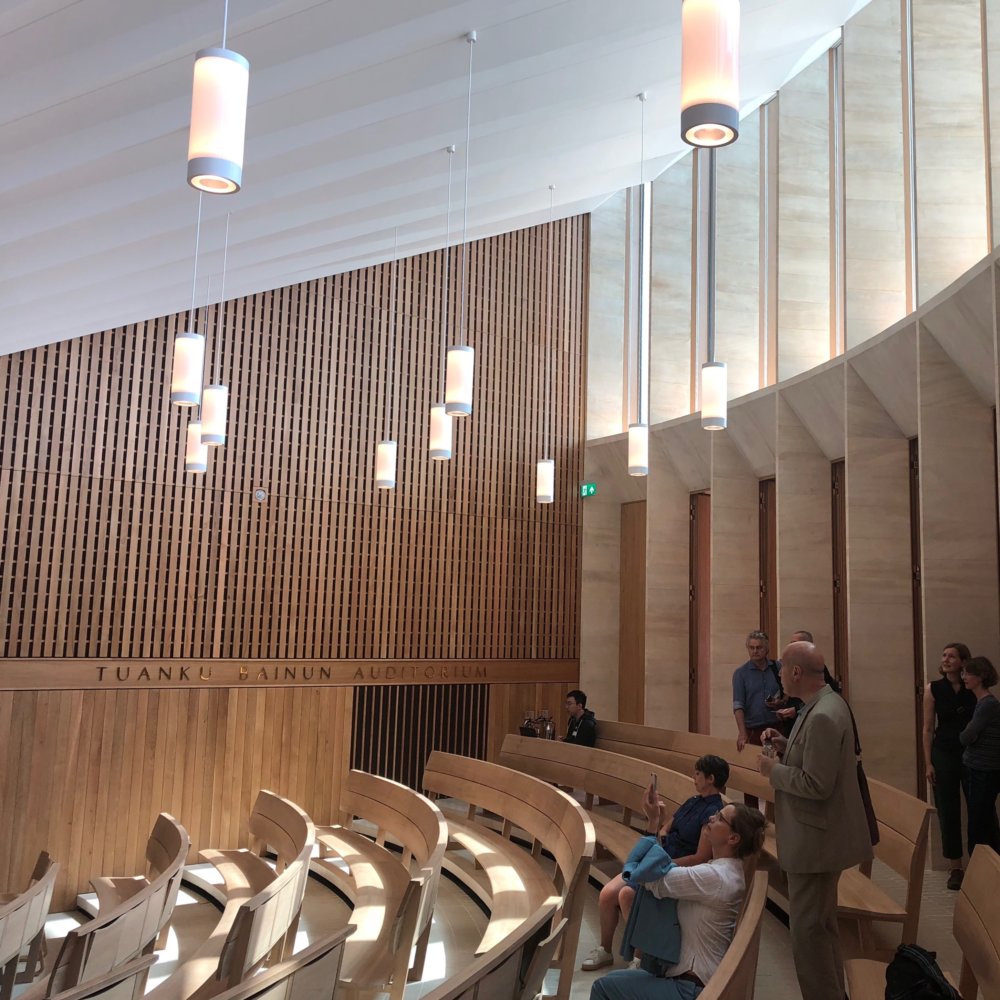 We then moved on to look at the Blavatnik School of Government by Herzog and de Meuron, a building that divides opinion.  Its exterior is alien and uncompromising, yet it does have a dramatic atrium space that doubles as a quasi auditorium for visiting political dinosaurs. Rafael Moneo was on the original competition shortlist, which suggests a missed opportunity. 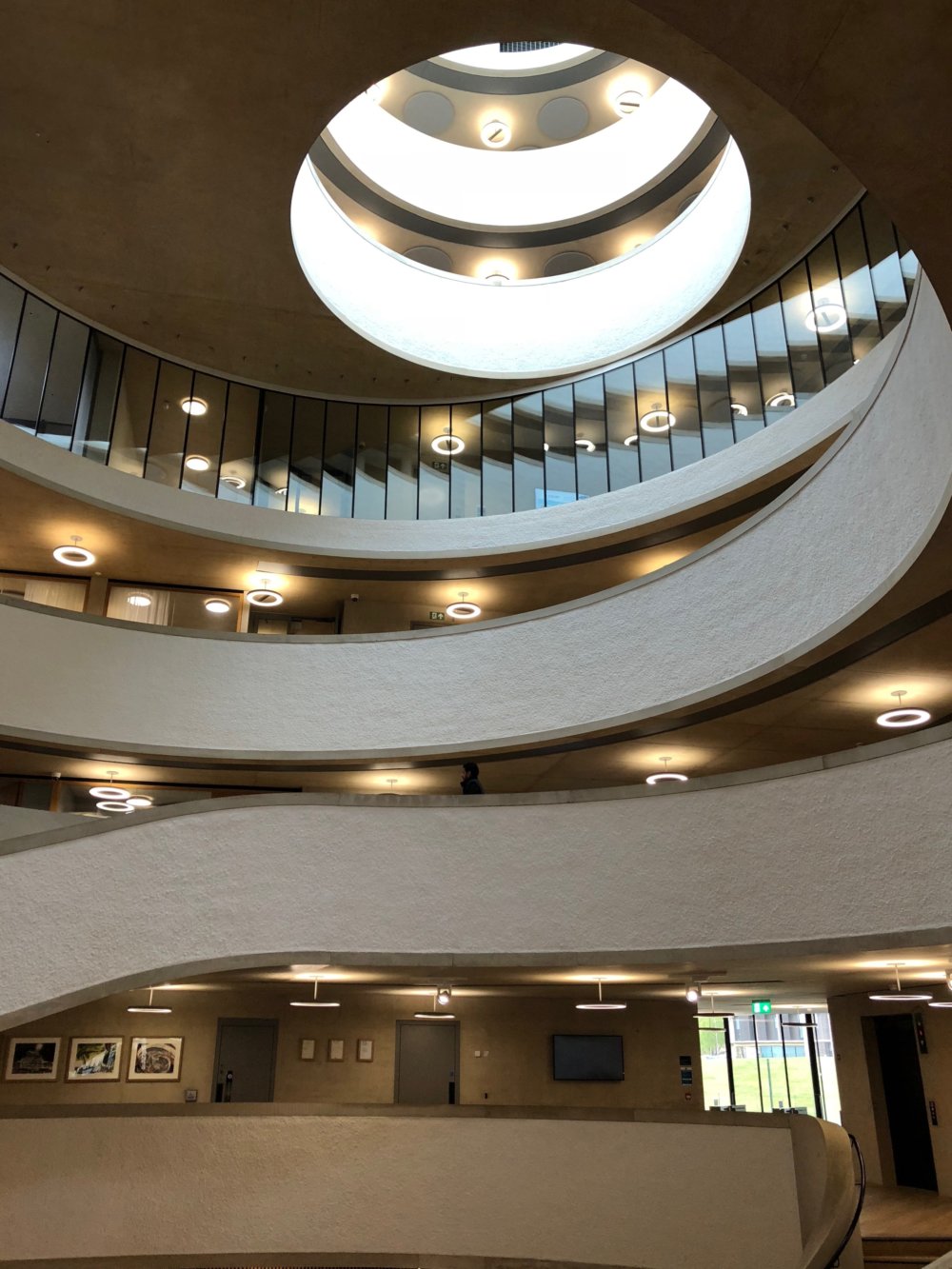 Blavatnik School of Government by Herzog and de Meuron

Passing one of the more significant 18th century buildings in Oxford, The Radcliffe Observatory by Keene and Wyatt, we see how disrespectful and ill-considered modern architecture can devalue such an important monument. I am sure Rafael Vinoly was thinking about transparency when he designed the Andrew Wiles mathematics building, but it doesn’t work. 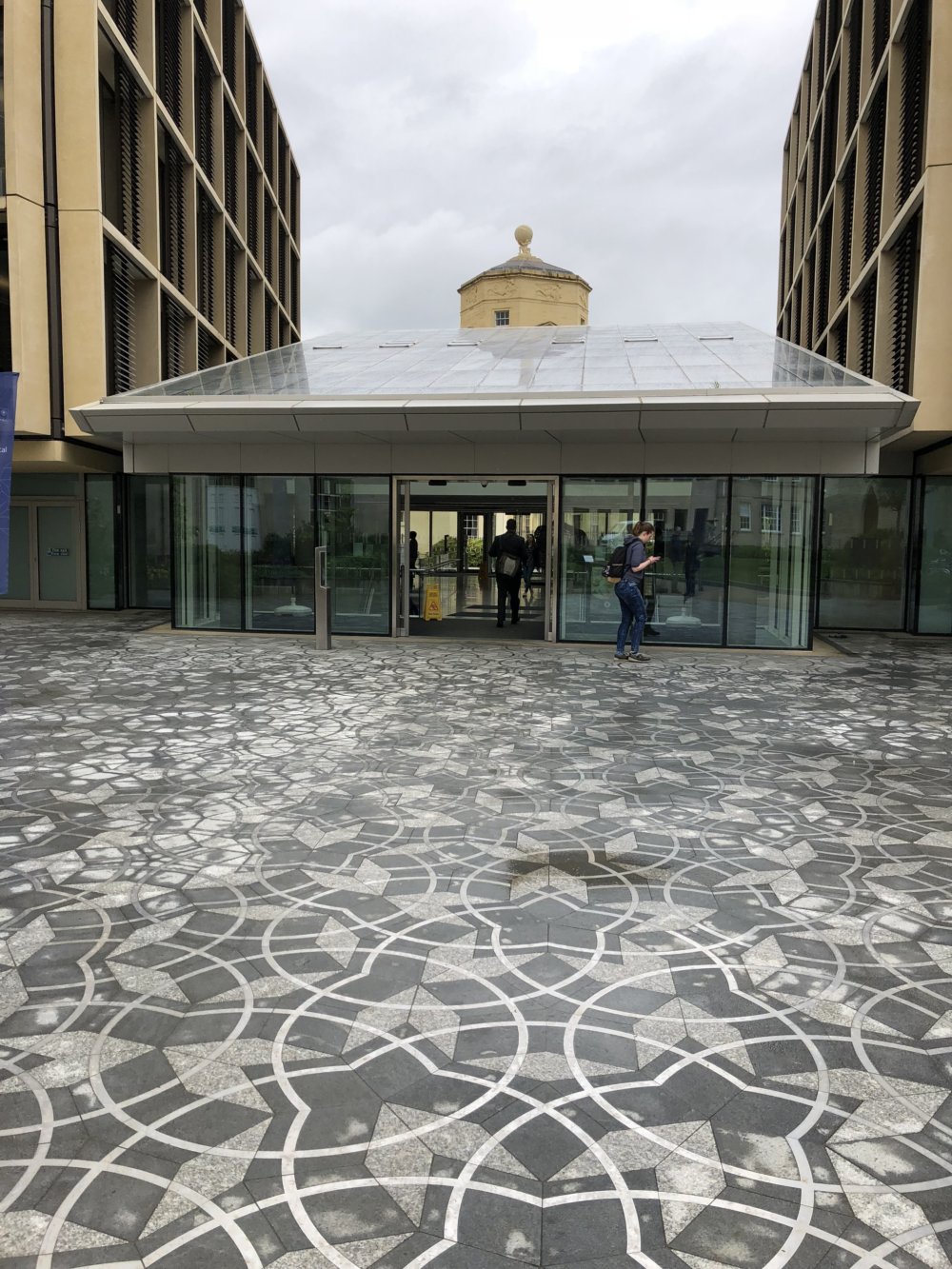 A visit to the great colleges is a must, Balliol, Trinity, Queens for example, and the incredible set piece of the Radcliffe Camera, the Sheldonian, the Bodleian library and All Souls college, where you can stand in one place and view works by Hawksmoor, Wren and Gibbs. The Bodleian library sits around a courtyard, its extraordinary blank screen wall hinting at its function, the perpendicular pilasters reminiscent of Rachel Whiteread’s bookshelf casts. 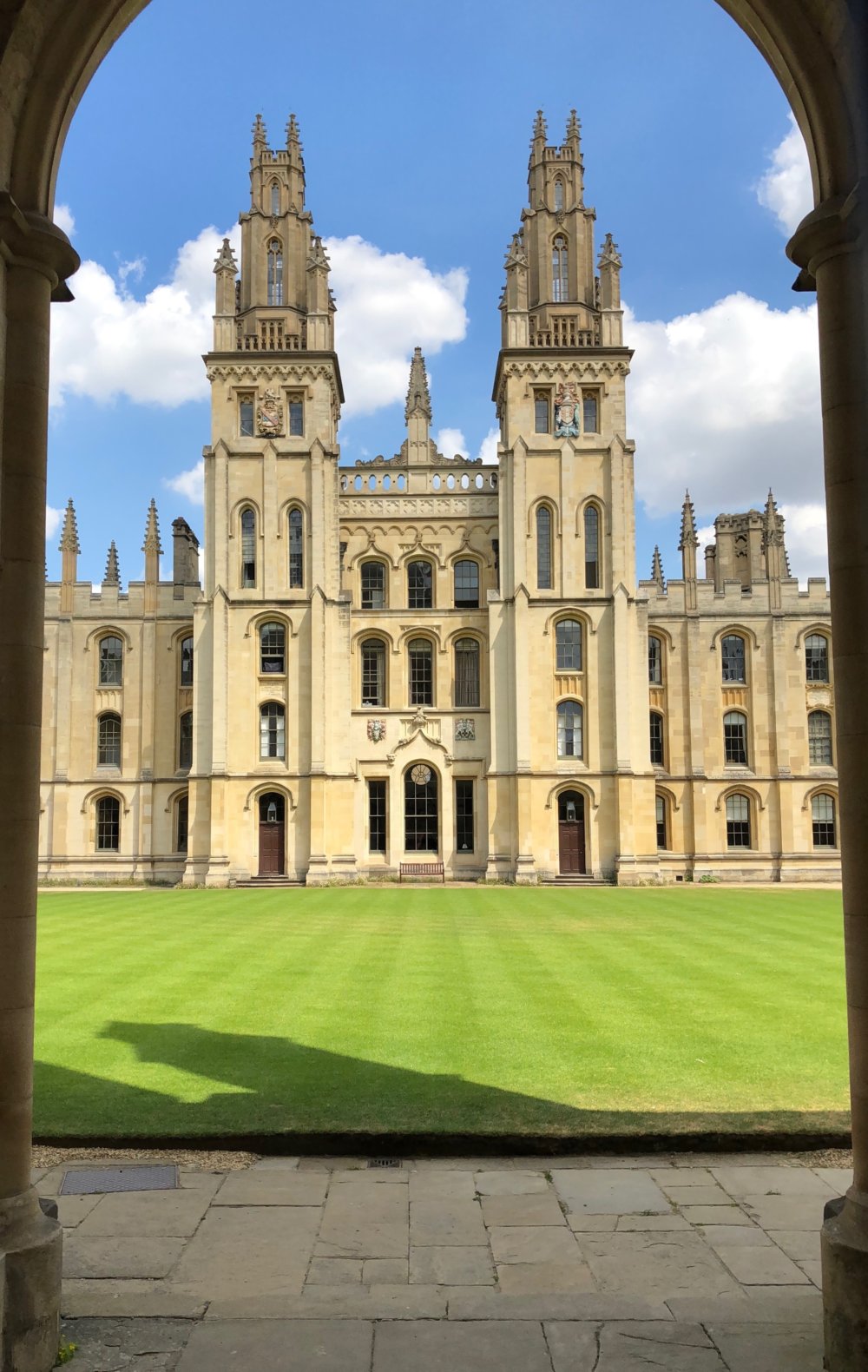 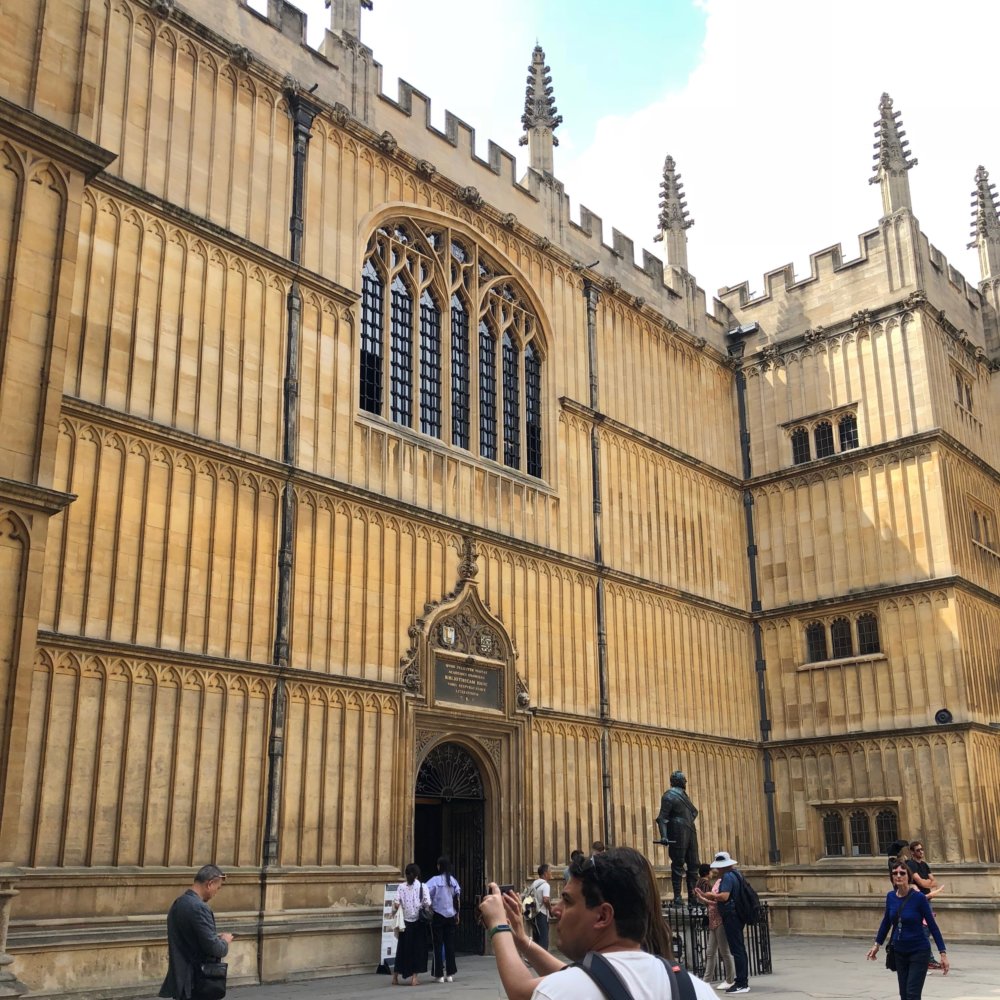 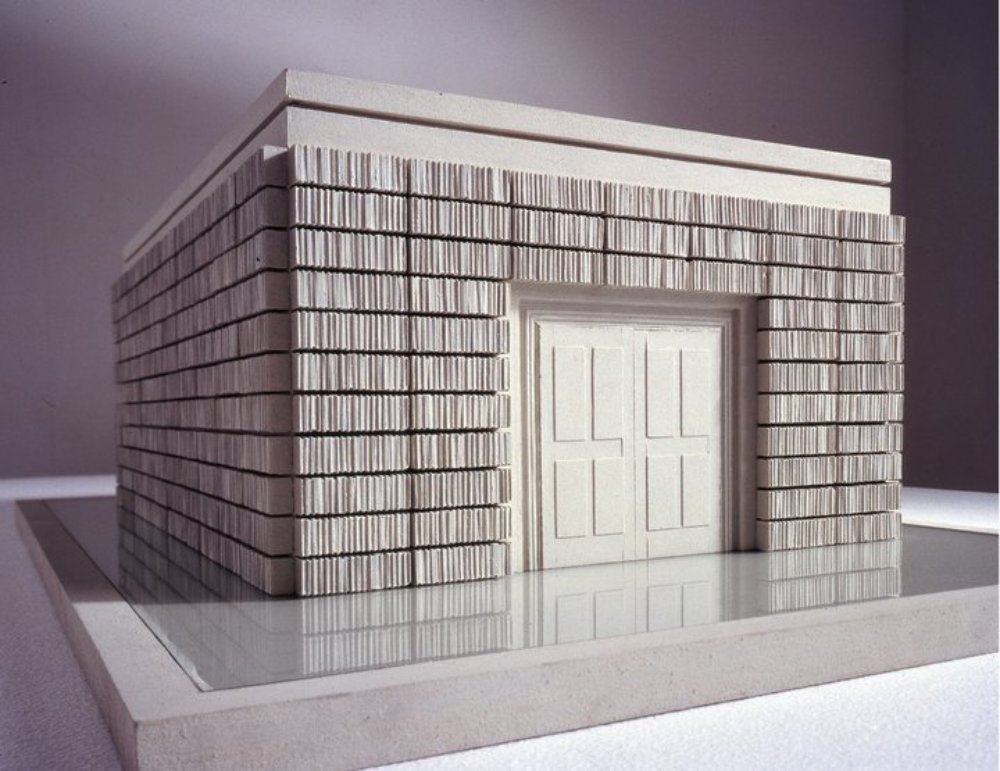 In the 1930s Giles Gilbert Scott built an extension for the Library, it is essentially an 11 storey book stack linked to the original with an underground tunnel.  Wilkinson Eyre have skilfully transformed this into the Weston Library, (another Oxford project which made the Stirling Prize shortlist). They have created a wonderful internal public space that offers a very different experience to the crowded streets of the city centre. 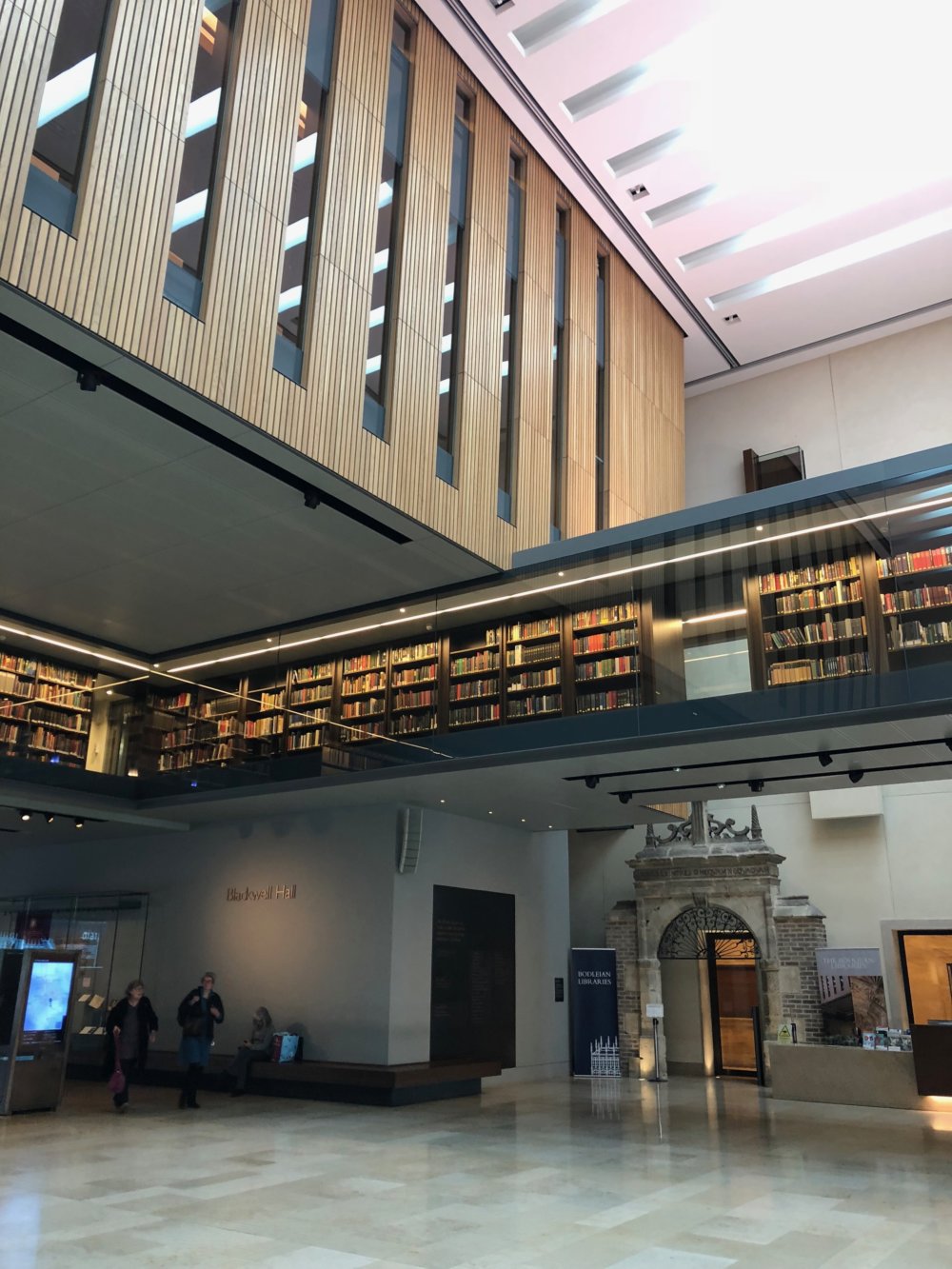 The Weston Library by Wilkinson Eyre

St Catherine’s was completed in 1967 to the designs of Arne Jacobsen. It is still largely as he conceived it, right down to the cutlery in the dining room. It is a master class in crafted modernism that reinterprets the college quad to good effect. The use of diffused top light characterises Scandinavian architecture, where for much of the year light is a rare commodity, it works well here too. At the time Reyner Banham described it in the AJ as “the best motel in Oxford”. A witty but somewhat unfair swipe at what has become one of Oxford’s more interesting colleges 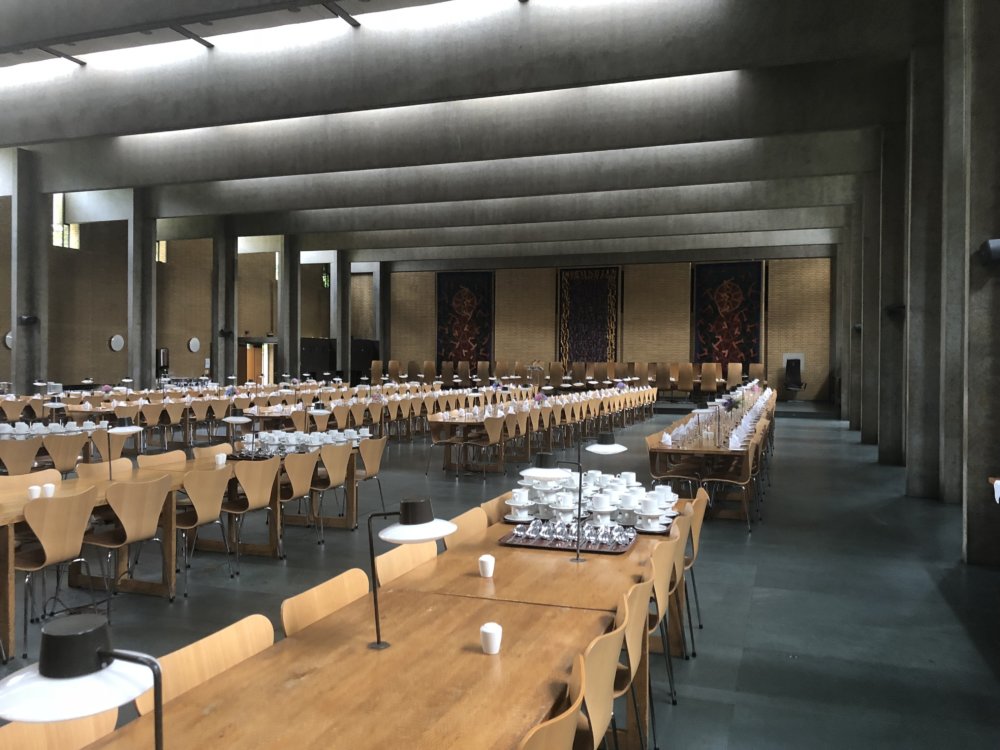 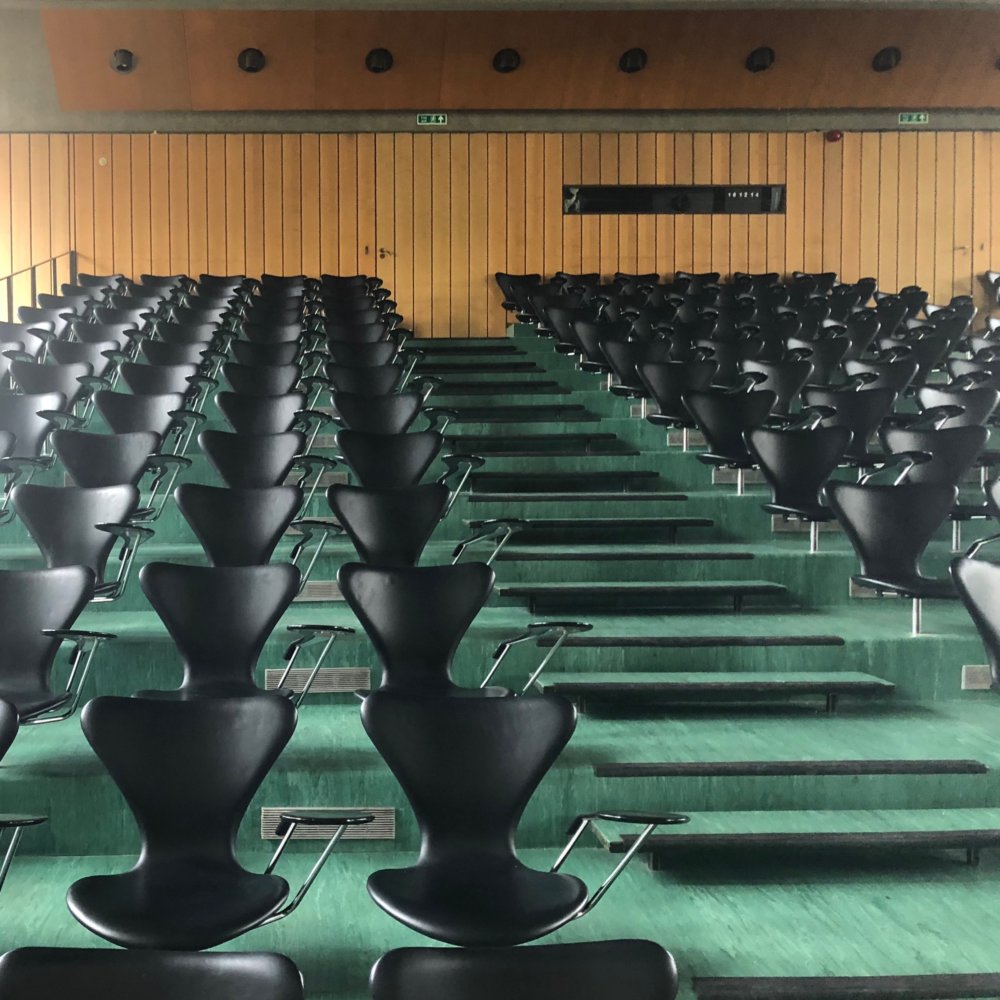 Our final visit was to Magdalen, to see Wright and Wrights new library, a project of great sensitivity and ingenuity that deftly slots a modern library into the historic fabric of the college. In many ways a metaphor for all that is good about this City. 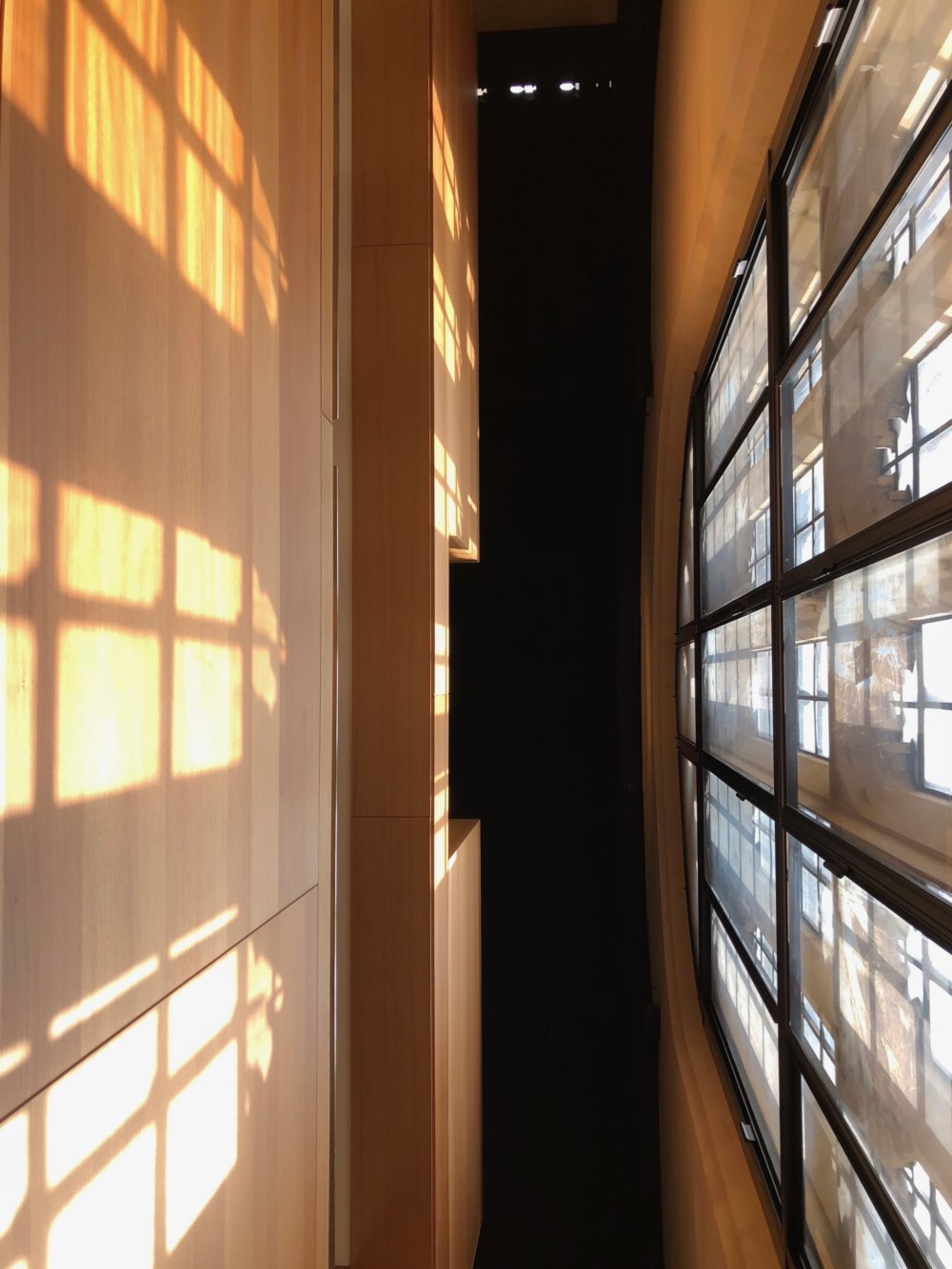