Banksy stated recently that The Freedom Tower is a “one thousand foot sign” that says, “New York - we lost our nerve.” He said, “It would be easy to view One World Trade Centre as a betrayal of everyone who lost their lives on September 11th, because it so clearly proclaims the terrorists won.” 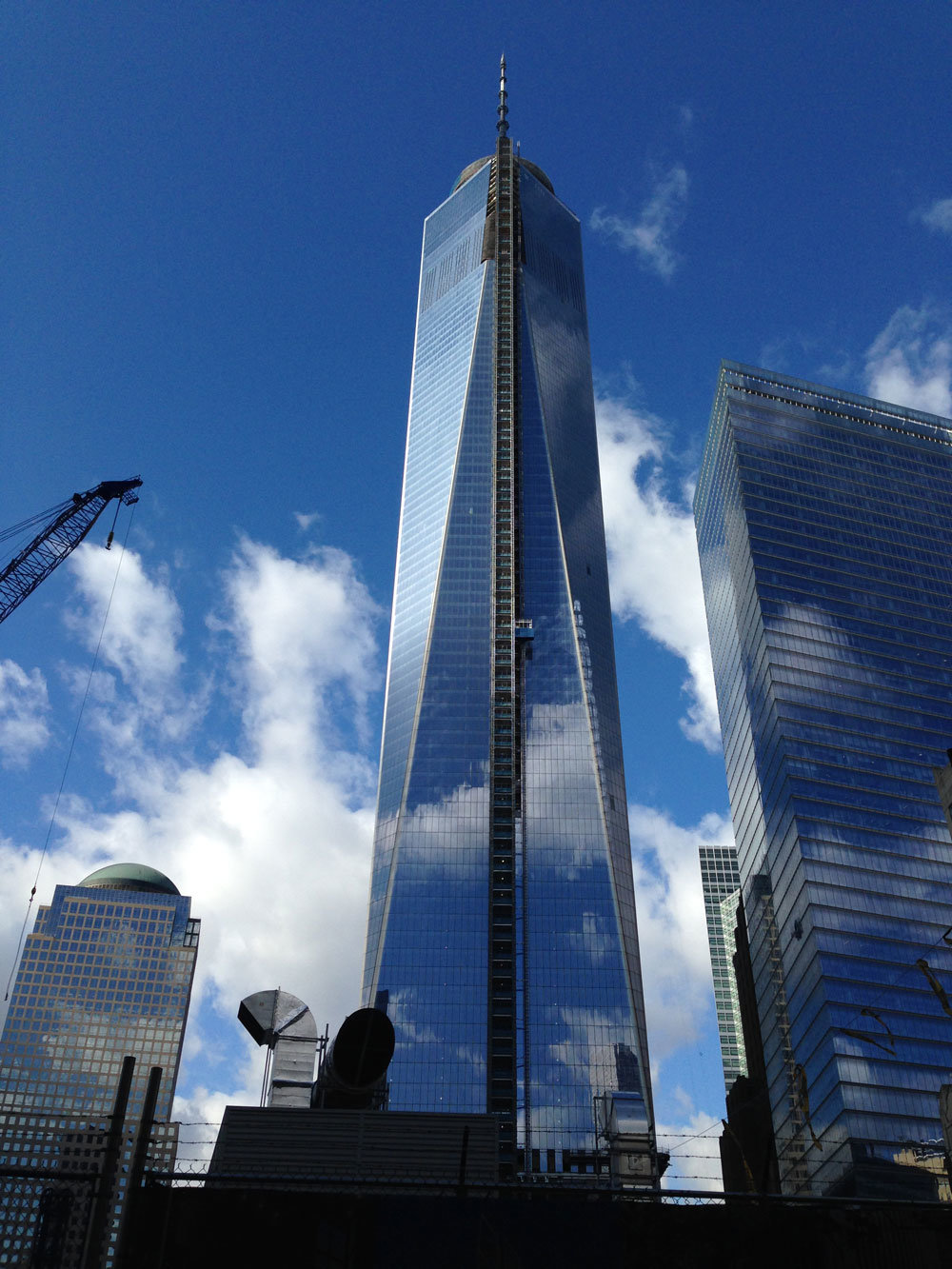 I have to say, I sympathise with the thrust of his argument, it is an extremely disappointing building. There is little of merit architecturally, it feels too broad for it’s height and the top looks unfinished it is genuinely anonymous, it could be in any aspirational Chinese city.

The City of New York is studded with great buildings, more importantly it has a distinctively recognisable skyline, in the collective memory the Twin Towers are still part of that skyline, and perhaps that is why this building fails. This is a dumbed down version of Daniel Liebeskind’s original design, all that is left of his scheme is its height. There were better entries in the competition to replace Yamasaki’s iconic buildings, I liked the Foster entry, two towers kissing was a simple and powerful proposition.

The best tall buildings have a clear and memorable idea, the Shard, The Chrysler, The Hancock, and even the bad ones like the Walkie Talkie have cartoon like profiles, and usually names to match. There are buildings that are built without an idea, the Millennium Dome is a classic example, but the politically charged “Freedom Tower” is the converse, an idea without an architecture.

The anonymity of curtain walling is unquestionably part of the problem. The best glass buildings in New York still have a rhythm and order that is about walls and windows, SOM’s Pepsi building, and Mies’s Seagram building are good examples. It is a city where heavy weight neo classicism sits happily with Mock Tudor romanticism. The awesomeness of Grand Central Station never fails to impress, the texture and grain of the cast iron and brick buildings in Soho is inspirational.

Not far from ground zero at 40 Bond Street, Herzog de Meuron (ill 2) have demonstrated a real empathy with the place and I look forward to seeing their residential tower at 56 Leonard Street. There is a sense of scale and proportion, humanity and life that the “freedom Tower” fails to achieve, but perhaps that is the point, it is a commercial office building that has been labeled by politicians, it may be the tallest, but only by sticking a mast on top, it reflects the clouds and the sky. It is almost trying to be invisible.

The mirror glass ‘invisibility’ of The Freedom Tower is frankly a cop out. Perhaps Banksy is right. 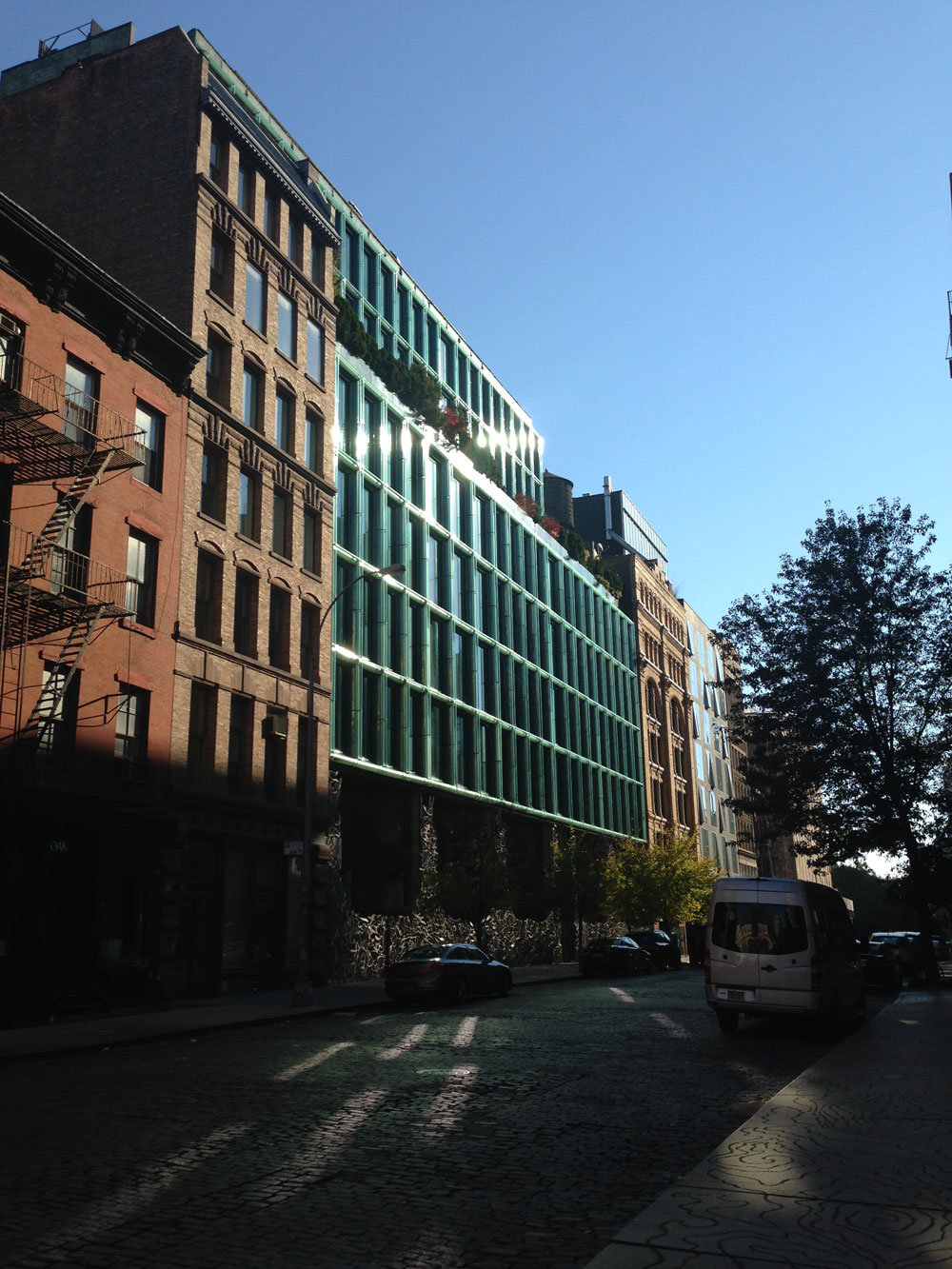