Nature, journeys, mythology and craft. Matisse and the Vikings

Currently there are two major exhibitions in London that have drawn equal amounts of interest from the media. Although they are separated by 1000 years, they both clearly demonstrate that much of western art benefits from symbolism and the cross fertilisation of cultures.

The British Museum’s new Sainsbury Exhibition Gallery, part of the recently completed conservation wing by Rogers Stirk Harbour and Partners houses the “Vikings, Life and Legend” exhibition. The new building is a very unpretentious affair, almost too modest in some ways. This is no bad thing in an age of loud provocative architecture, but sadly the unassuming entrance leads us to a slightly disappointing exhibition.

“Matisse: The Cut Outs” at Tate Modern is on the other hand anything but disappointing. The work represents the “second life” of the artist, following major abdominal surgery that left Matisse more or less wheel chair bound in 1941. His technique had to change, and his immobility encouraged him to revive memories of French Polynesia and America and to develop a cut paper technique that would create some of the most powerful and graphic work of the 1940s and 50s.

Nature, journeys, mythology and craft are at the heart of these exhibitions, there is a dark side to both as well, not so obvious in Matisse’s work but very evident in the archaeological excavations displayed at the British Museum.

The carpentry and metalwork skills of the Scandinavian seafarers is shown at its most decorative in the ornamental gold and silver artifacts and at its most functional in the 38m boat that carried 100 men across the North sea and further. The scale and form is apparent from the stainless steel frame that supports the remaining timber, but it has to be said that to really understand the beauty of these ships, a trip to the Viking ships museum at Bygdøy in Oslo is essential.

But for me, it is the very crafting of the Viking objects and Matisse’s cut outs that are most fascinating. Look carefully at Matisse’s cut outs and the evolution of the work can be traced through the layers, brushstrokes, pinholes and drawing pins that define the finished work. Matisse’s work is as extraordinary and inspirational now as it was 70 years ago. Then his friend Picasso’s jealousy could not be disguised, he compared the magnificent Chapel du Rosaire de Vence to “a bathroom”. In contrast Andy Warhol’s admiration was unquestionable, he famously stated, “I want to be Matisse”.

If you go to one “blockbuster” exhibition this summer – It has to be Matisse. 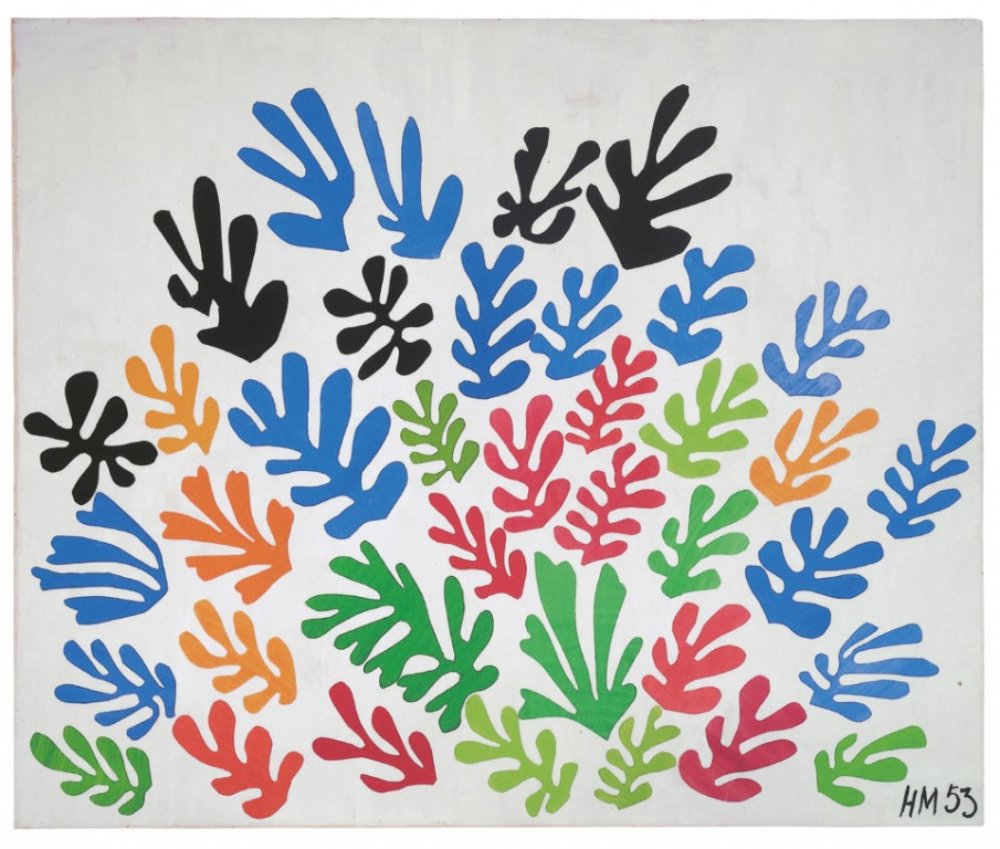