Climate change has focussed our need to reduce the carbon footprint of our buildings and our lifestyle, the way we plan cities and design spaces is ever more important. Great strides have been made, but the planning system feels out of sync with this changing world. Sustainable design is not just about carbon, material selection and energy use, we need to develop healthy, attractive and safe neighbourhoods to live, work and play in.

The '15 minute city' concept identified the benefits of localism both for the environment and the well-being of city dwellers. It results in less time spent travelling, the use of local shops, enterprises and services, and the reinforcement of a sense of community with control of local policy that has vanished from swathes of our cities. This is being put into action in Barcelona, with the “superblock”, a mixed-use planning policy as opposed to a zoned plan that segregates communities and uses. 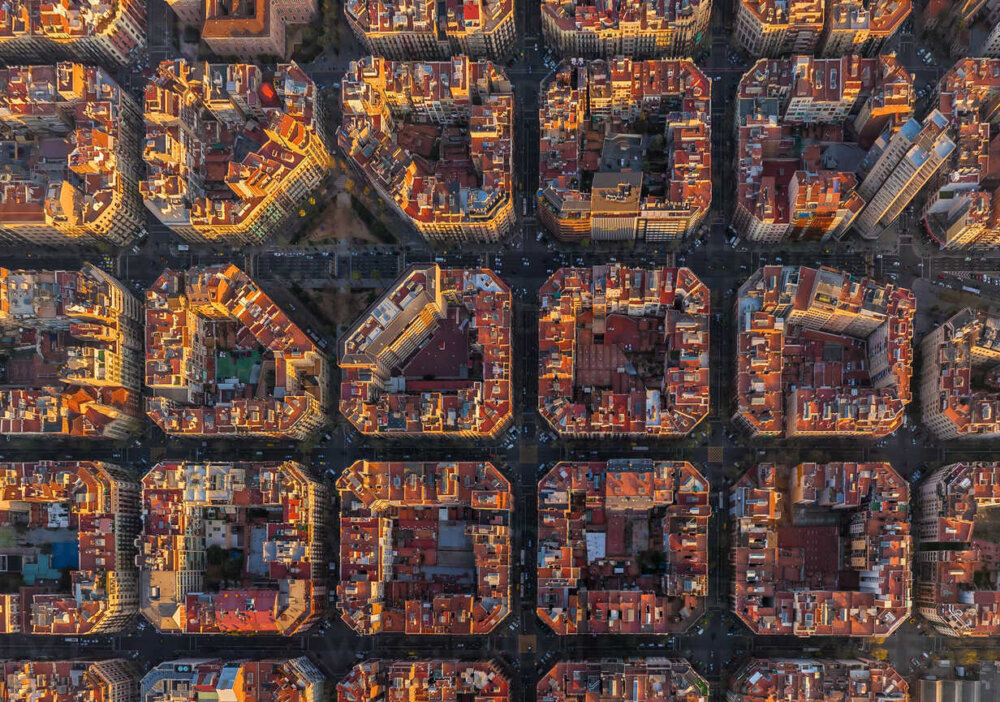 It could be argued that contemporary Central London is an example of a city that has suffered from the zoning of uses, that it has been hollowed out into swathes of residential properties, whole sectors of offices and entertainment zones. This may be a crude analysis of the West End and the City, but it is not so detached from reality. In contrast the liveliest mixed-use districts of London are in what was traditionally seen as the unfashionable areas which are poorly connected by public transport, in a word, affordable. Places like Dalston, Peckham and Walthamstow are much better versions of a living city than Belgravia, Covent Garden or the Canary Wharf.

Zoned planning is at the heart of the problem. It is a two dimensional way of organising places, developed in the mid Twentieth century as a way of ordering what was seen as the organically grown muddle of the historic core in European cities. But if we look more closely at the C19th expansion of cities such as Berlin, Prague, Vienna and Budapest, an alternative and more sophisticated model exists.

Rather than looking at the city as a set of blocks that are zoned in plan, these cities developed blocks in section, a kind of vertical zoning. The Mietshaus is the standard building block of Berlin, it has a richness of plan and section. Linked courtyards and stacked uses generate a sophisticated three-dimensional building that is a microcosm of the city. Workshops for manufacturing sit beneath shops which in turn sit beneath clerical offices, this is topped with three or four floors of apartments. The rental value of these spaces vary according to their location, smaller apartments at the top of the block accommodate lower income families whilst the grander flats at lower levels provide elegant and spacious dwelling. This works in plan too, the deeper you go into the block the lower the rent. 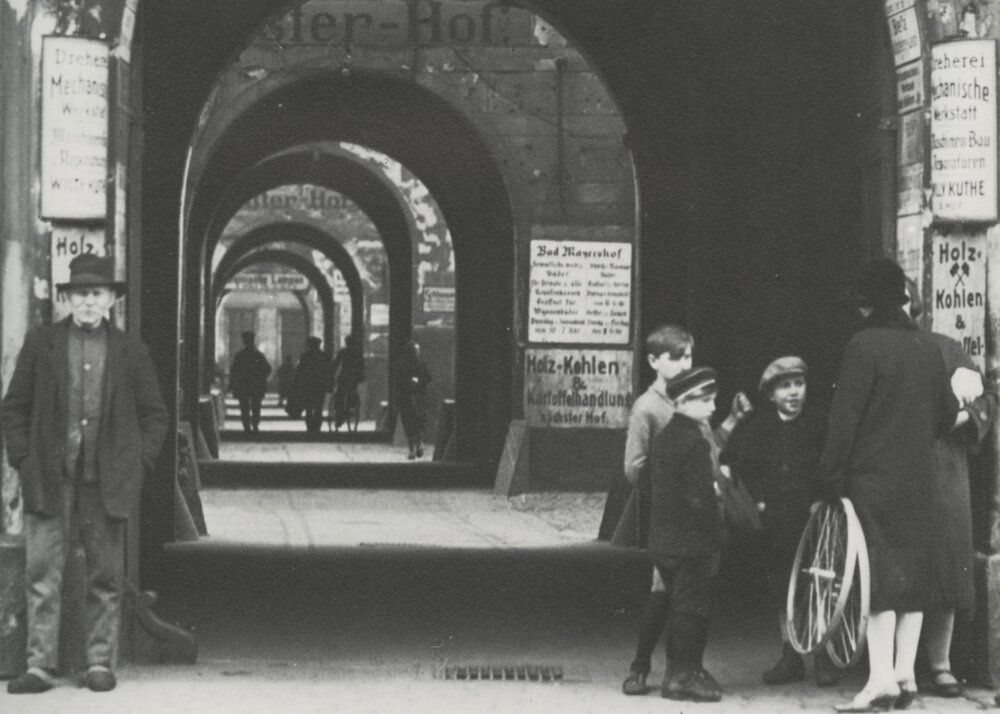 Re-inventing a block such as this may begin to answer many of the issues we face today. It creates interdependent communities of market and affordable housing. It creates a range of workspaces for making and selling as well as office space. Cars are not necessary, social engagement is enabled and affordable workspace and quality commercial space are provided. Creativity of thought and ingenuity of practice are engendered in such places.

The twentieth century started to re-evaluate this model, and the various uses were stripped out and zoned into business and retail areas. This simplified view of planning is the lovechild of the modern movement, a legacy that has led to so many of the bland and soulless cities that we have today.

In South-East Asia the mixed use or zoned section is explored more radically. Land scarcity and high values combine with a different ownership model encourage genuinely mixed use tall buildings. Entering a commercial building and taking the lift to the second floor restaurants is not unusual in Asian cities. In Hong Kong for example, the mid-levels of towers where lifts traditionally transferred are often given over to public uses with bars clubs or restaurants. California Tower is 27 stories of office, lifestyle and food and beverage offers, H Queens is a 24 storey vertical stack of art galleries and restaurants. This is zoning in section, the public realm is vertical as well as horizontal in cities such as these. 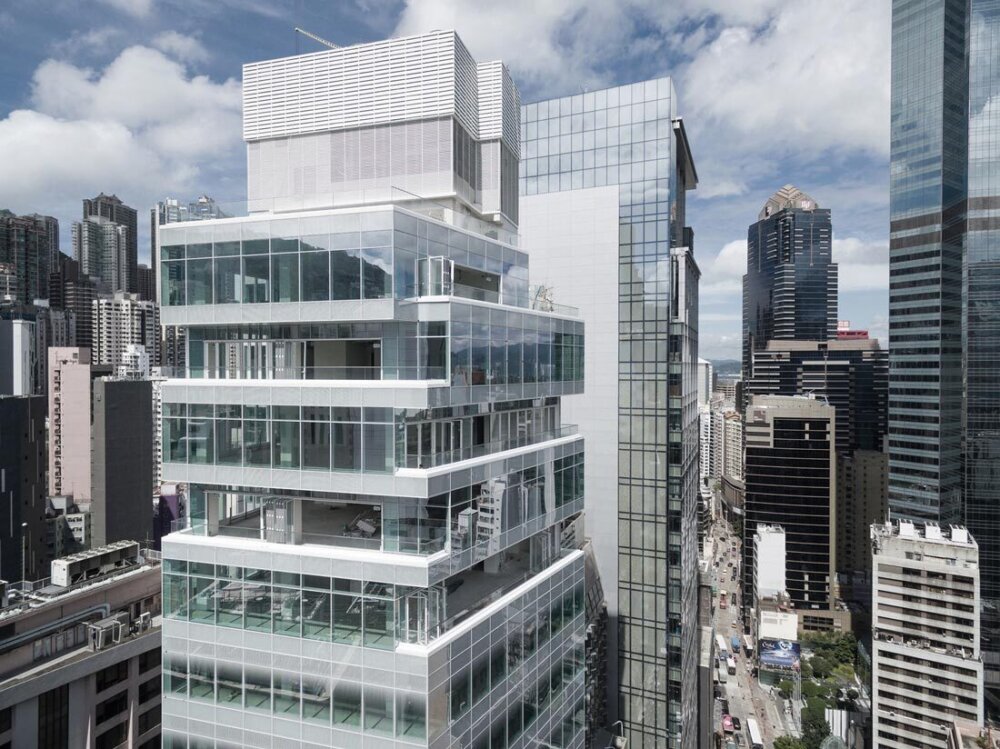 The idea of mixed-use vertical zoning is yet to be imitated in Europe at that scale, in London developers offer public space at the top of buildings in order to gain planning consent, with varying degrees of success. As we adapt our cities to accommodate climate change and new ways of working we should aim to create an equable and fair environment for all. Exploring the richness of genuinely mixed-use city blocks may offer us a more sophisticated, greener and healthier solution. 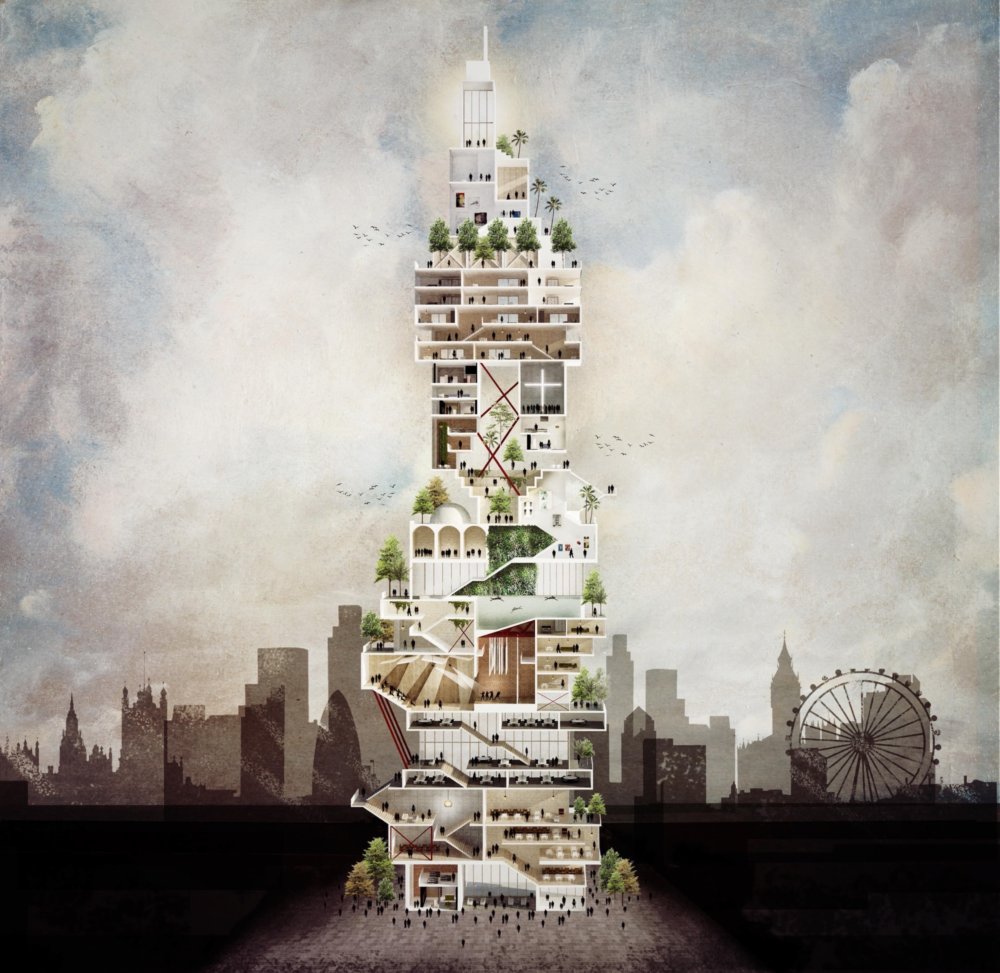 Mike's vision of vertical mixed use, dreamt up in 2018

Native Land launched 'Towards Hypermixity' on the 25th May 2022 with a roundtable event held at their Bankside Yards development.

'Hypermixity' explores the possibilities of mixed-use development and the positive outcomes that could come from combining homes, workspaces, shops, restaurants, hotels and open space in urban centres. This piece of work combines industry insights, experience and analysis of current and future trends to provide an in-depth analysis of mixed-use urban spaces and the benefits they provide.

To request a copy of the report, email: sophie.theakston@native-land.com