Stiff+Trevillion have always been a West London practice. Compared to Farringdon and Old Street there are far fewer architects over here, Lifschutz Davison, Michaelis Boyd, Assael, Pitman Tozer, and until recently RSHP all spring to mind, but we don’t have a bar like St John to meet in so there isn’t a sense of architectural community.

Our first three studios were on or near High Street Kensington, we spent about 15 years in this area. Since then we have moved north through the Borough to our current base just over the border in Westminster.

A recently completed project set me thinking about those early days when it was the two of us [Andy Trevillion], both newly qualified and scraping a living with roof conversions and back extensions. The practice grew quite quickly during the 1980's boom and I guess we were around 15 strong when the crash came 1990.

We managed to hang onto our offices which were above Kensington Market by sub-letting space and sharing facilities. Those were the days when if you signed a lease on an office you had to personally guarantee it. In other words if you failed to pay rent the landlord could come after your home. The day we managed to get out of that lease, on a legal technicality, was a cause for great celebration. Thankfully we all operate in a much fairer and more flexible market today. 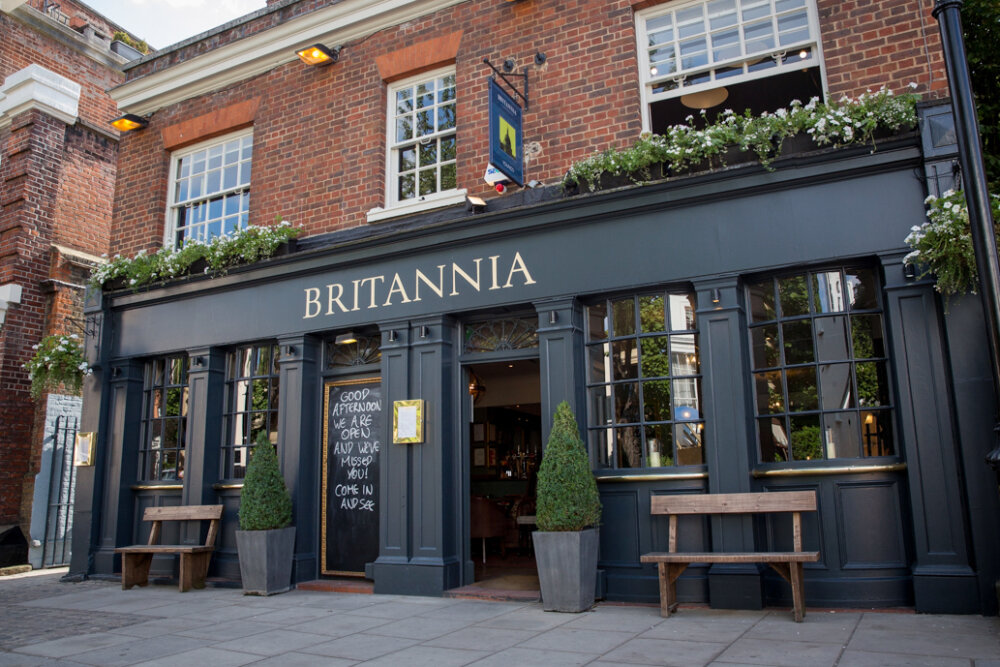 Celebrations usually took place in The Brittania, a Youngs pub on Allen Street, which became our regular social and break out space. In those days Youngs pubs were good, and tenanted, and as mobile phones were not ubiquitous people would visit their local at regular times knowing their circle of friends would be there. The walk from our studio to the pub passed a single storey building on the corner of the High Street, a real anomaly in an area defined by six or seven storey mansion blocks. 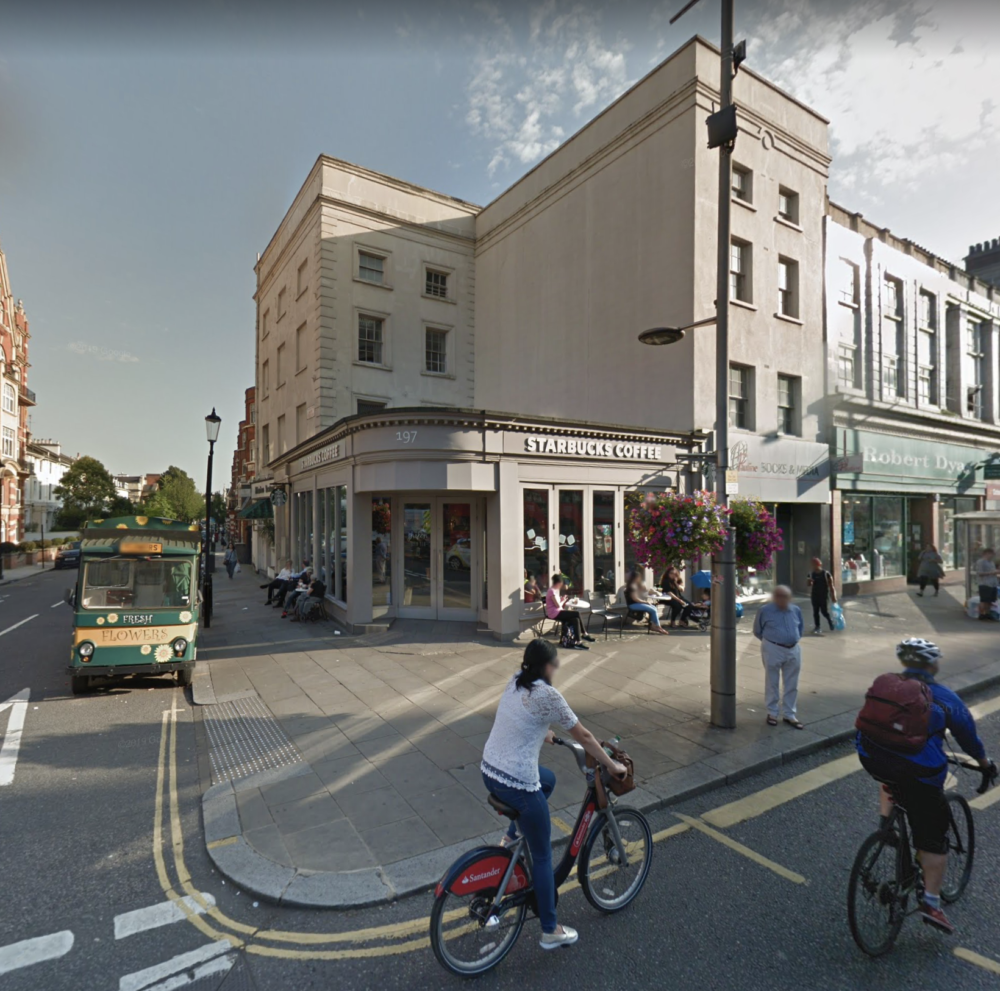 This shop would later become a Starbucks, and it stayed as such until our client, L.M. Stern, bought it a few years ago and employed us to get planning consent to redevelop it. The new building is now complete. It is a small site, which accommodates a corner retail unit with offices above. We felt that contextually it should be a brick building. As red brick prevails in the conservation area to the south this seemed a logical choice. The base uses a dark brown glazed brick, a detail that is common to the Borough. Articulated brick piers and sculpted pre-cast technical stone lintels animate the corner. Awnings define the retail base. 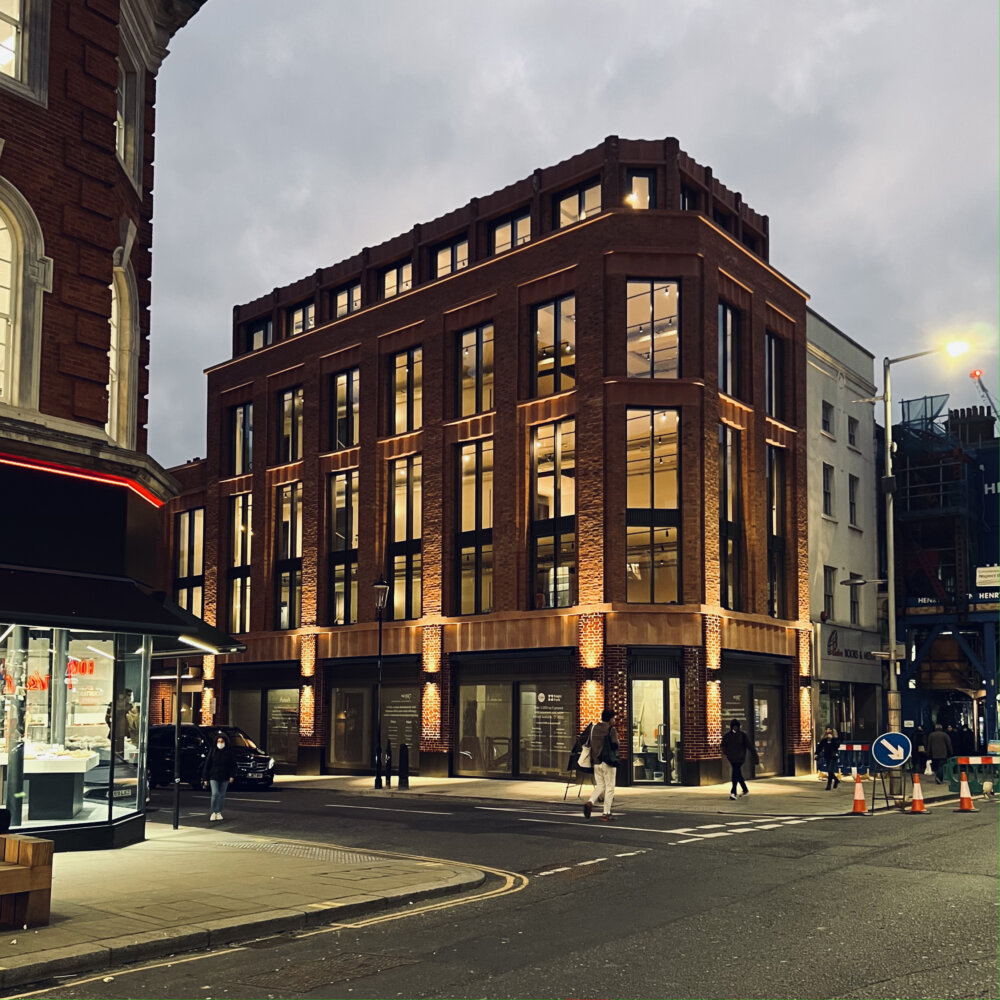 Like 40 Beak Street this is a small corner site that enlivens the street and sits confidently with its neighbours. It had to be so, after all, if we still met in the Brittania we would have to pass it each time we went for a pint. 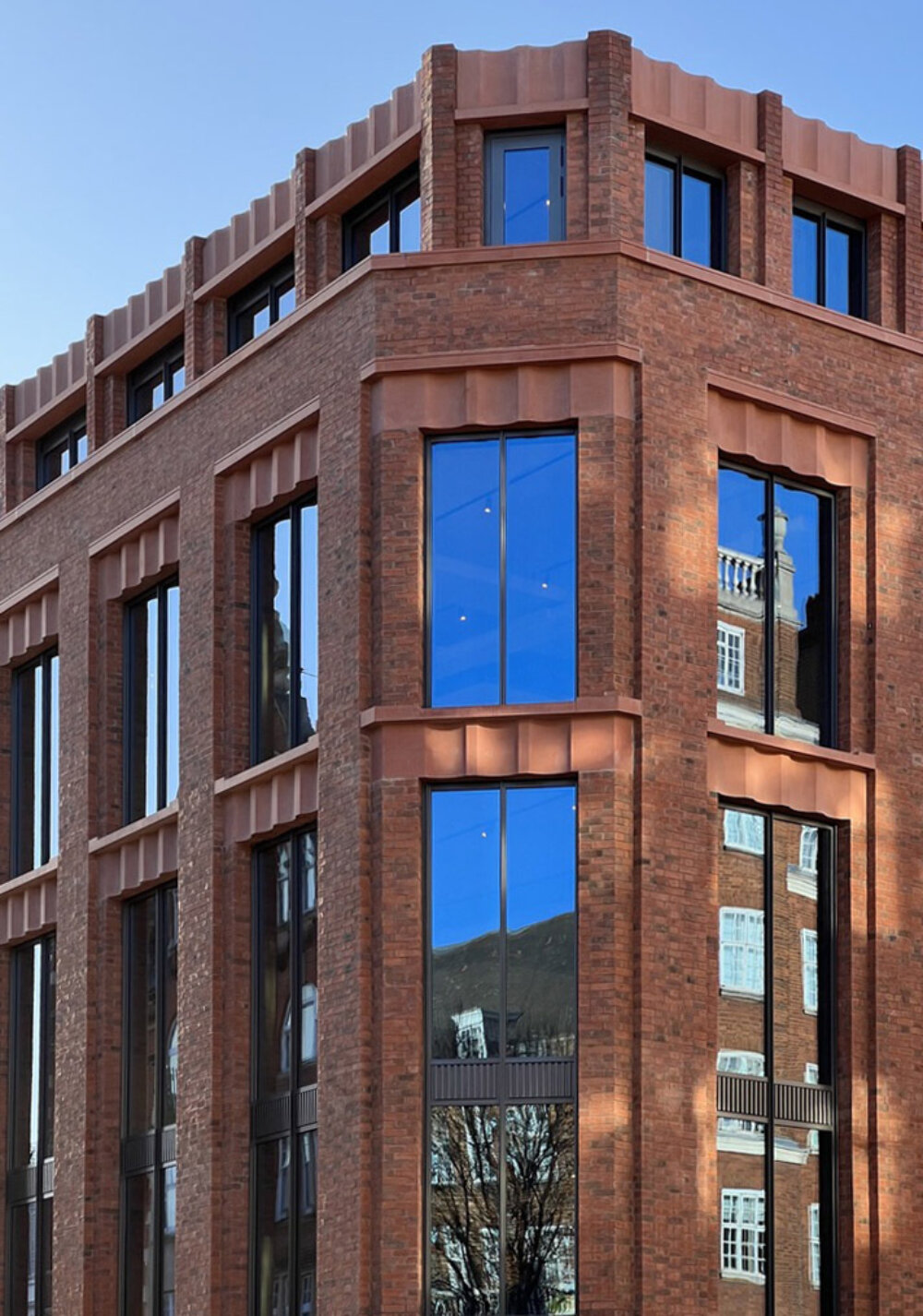