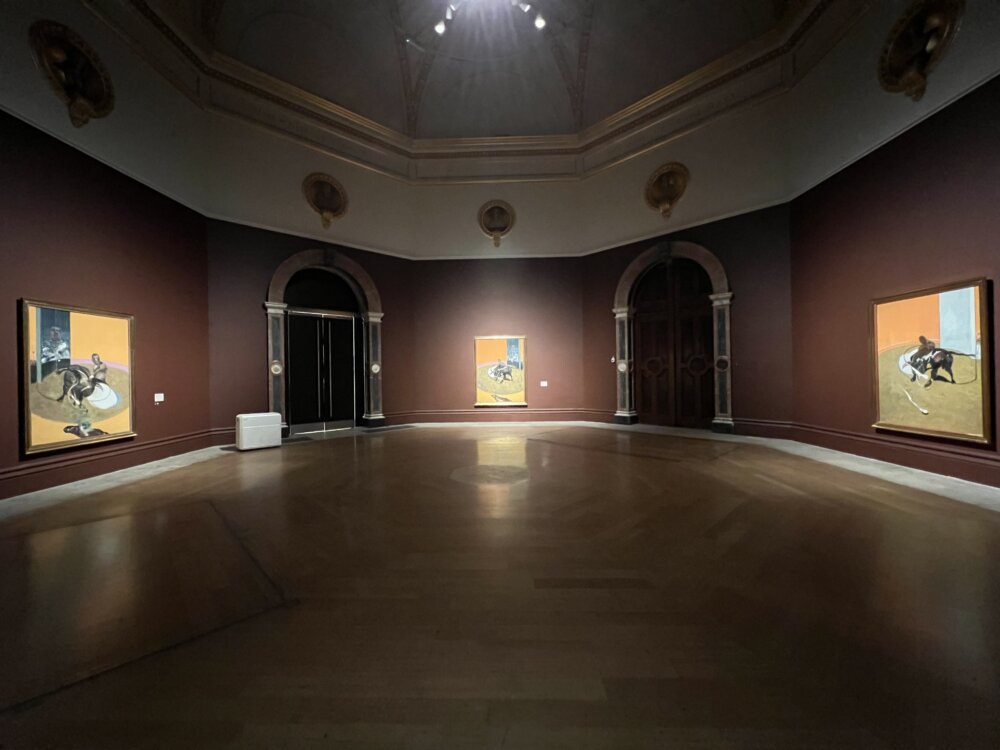 Currently, there are three major exhibitions in London Galleries that feature the work of Francis Bacon. “Man and Beast” at the Royal Academy of Arts (RA) explores the relationship between animals and humans in Bacon’s work. It is a theme that is consistent throughout his career and as a result the exhibition is more of a retrospective than anything else. It is a large and fascinating display that starts with his earliest work and ends with the last painting he made. As a child Bacon was brought up with horses, and in later life spent time in South Africa where he experienced a much greater range of wildlife.

Whether man or beast, his subjects are treated in similar and familiar ways. The RA has managed to assemble the three Bullfight paintings for the first time, and they are hung in the octagon which only adds to the power and drama and of course makes the viewer feel as if they are in the ring. It is worth visiting just to see these three paintings. 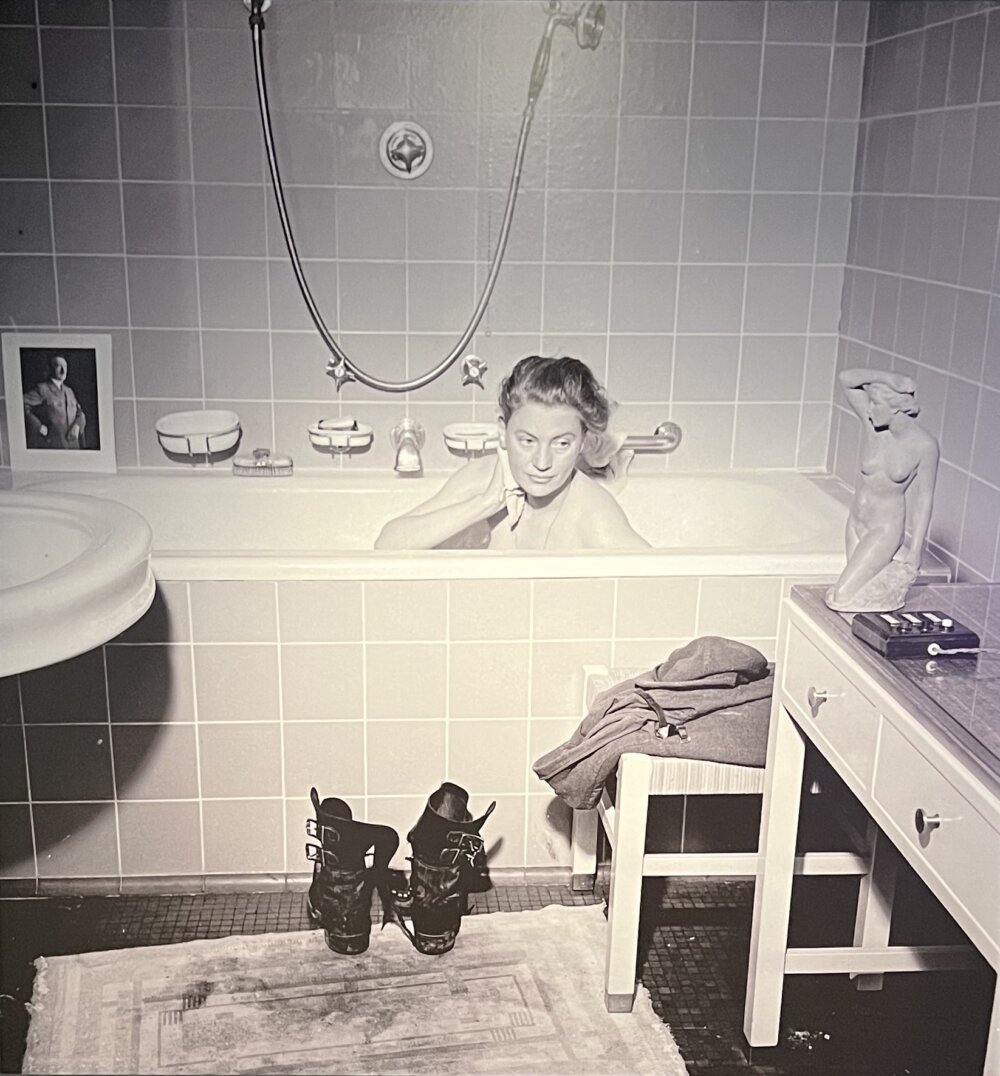 The Barbican gallery has an exhibition of Post War British Art, “Post War Modern, New Art in Britain 1945 -65”. Given what is happening on Europe’s doorstep this exhibition has a particular poignancy, it explores a generation of artists, many from the Commonwealth or refugees from the Second World War, whose art was shaped by the devastation of armed conflict and the chaos it leaves behind.

Artists such as Kossoff, Auerbach, Paolozzi, and Turnbull are well known by most art lovers but brought together in this exhibition and alongside some lesser known but none the less quality artists they develop a deeper cultural context. The brutalist Barbican is of course the perfect venue, built on a bomb site and exploring the architectural themes that resonate with a many of the sculptures and paintings. There are three Bacon paintings in this exhibition, dark and atmospheric portraits of a man at a bar, unusually the Bacons look a lot more serene than some of the other works on display.

The spaces that artists work in is explored at The Whitechapel Gallery. “A century of the Artist’s Studio1920 -2020” is an ambitious exhibition that tackles a fascinating subject. It is well worth seeing, however the chaos, smells and dynamics of a real studio are impossible to recreate. There is a great Schwitters installation, and some wonderful paintings on display along side documentary material. Bacon’s South Kensington studio was famously chaotic, and impossible to capture here. Interestingly over 7000 objects from the studio have been reassembled in Dublin, (the place of his birth), at the Hugh Lane Gallery, so the space lives on. 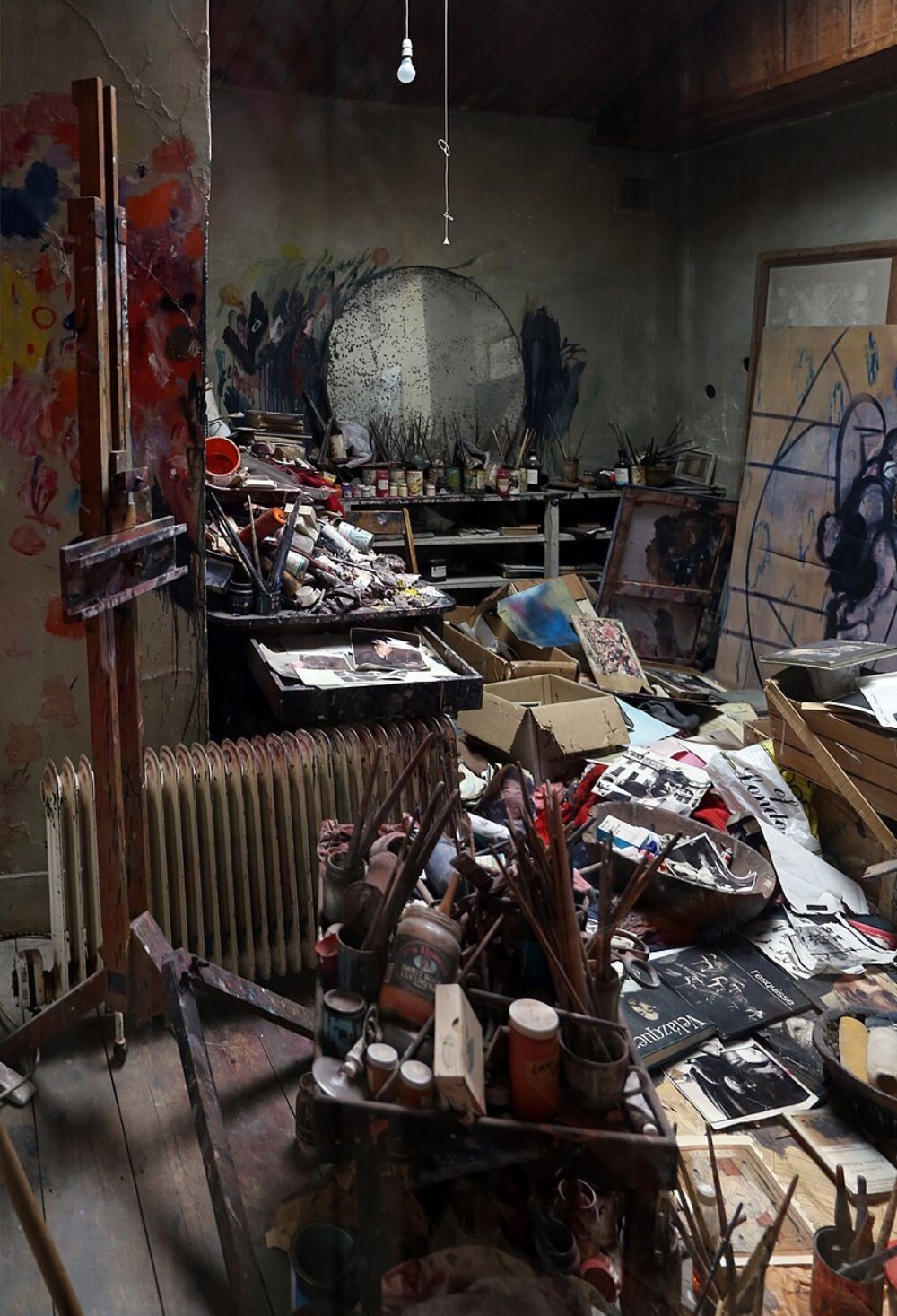 As the Russian army systematically destroys the lives and homes and cities of ordinary people in Ukraine, it is timely that Bacon’s paintings feature in these galleries. Bacon explored themes that are cruel and savage, few would describe them as beautiful, but it is possible to find beauty within them. "I can't imagine why people should think my work disturbing...if they think about what's going on in the world, they wouldn't think that my work is disturbing at all", Francis Bacon, 1990

As a footnote in 1988 art dealer James Birch approached Bacon proposing a show at the Union of Artists in Moscow. This was the period of Glasnost when East / West relations were thawing and for a while it looked as if Moscow would once again become a significant European state. The show was a great success although Bacon himself did not attend. Birch recently published 'Bacon in Moscow' a memoir of this extraordinary project.

When will a Western artist next have a solo show in Moscow?