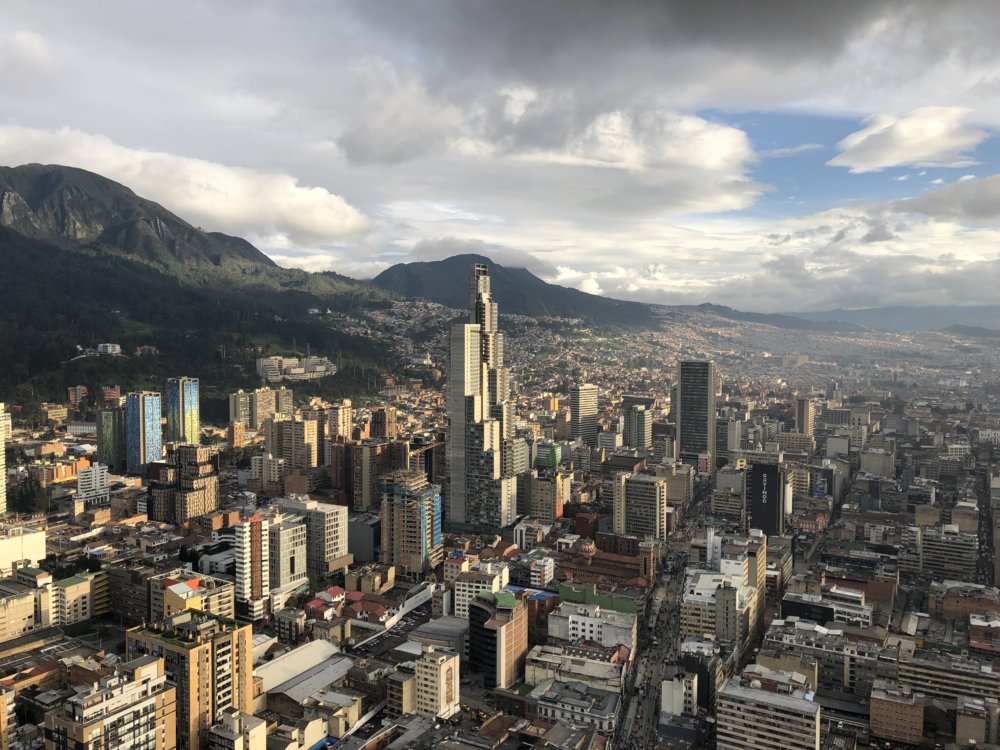 The importance of public realm and social intervention to the health and growth of our cities has often been overlooked in the west. More often than not the inclusion of non-private space in city centre developments is token, something that is necessary to get planning. The best schemes take the issue seriously and realise the value that a vibrant public space can bring to a building. In Colombia regeneration begins with an understanding of what the community needs and then seeks the architectural solution. We have spoken about the concept of critical regionalism before in this blog, and this is a country which has genuinely created its own spatial language.

Considering its recent history Colombia is a remarkably optimistic and positive place. You would not have considered visiting twenty years ago.  As well as suppressing a Marxist uprising, government forces battled to control the well-organised and ruthless drugs cartels. At its peak there were 350 murders per 100,000 of population every year.  During this time swathes of the major cities were no go areas. Since the death of Pablo Escobar in 1993 the crackdown has brought the narcotics trade under control, although, sadly it has just relocated itself to the US border area of Mexico which is now suffering similar problems.

Almost 50 years of conflict distracted investment away from the cities, and much has been done to put this right in the last fifteen years. Successive mayors and planners have understood the role that the public and social realm has in the regeneration of cities. There is no doubt that the environment is favourable, both Bogota and Medellin are  over 2500m above sea level, and have a comfortable climate all year round. This allows designers to treat the circulation spaces as exteriors, inside and outside merge seamlessly. Visiting these two cities it is impressive how public buildings become genuinely public spaces.

In Medellin three projects exemplify this, UVA, The escalators and the Botera Library.

UVA – Articulated Life Units – were originally formed around the edges of the water storage tanks that are dotted through the city. Others have just been placed in communities that need the support they offer.  The recent expansion of Medellin with Favellas that sprawl up the mountain sides offer few luxuries. These micro homes have little outside space so the pools, gyms, nurseries, surgeries and communal rooms which are open to all are well maintained, respected and looked after with minimal security or management. 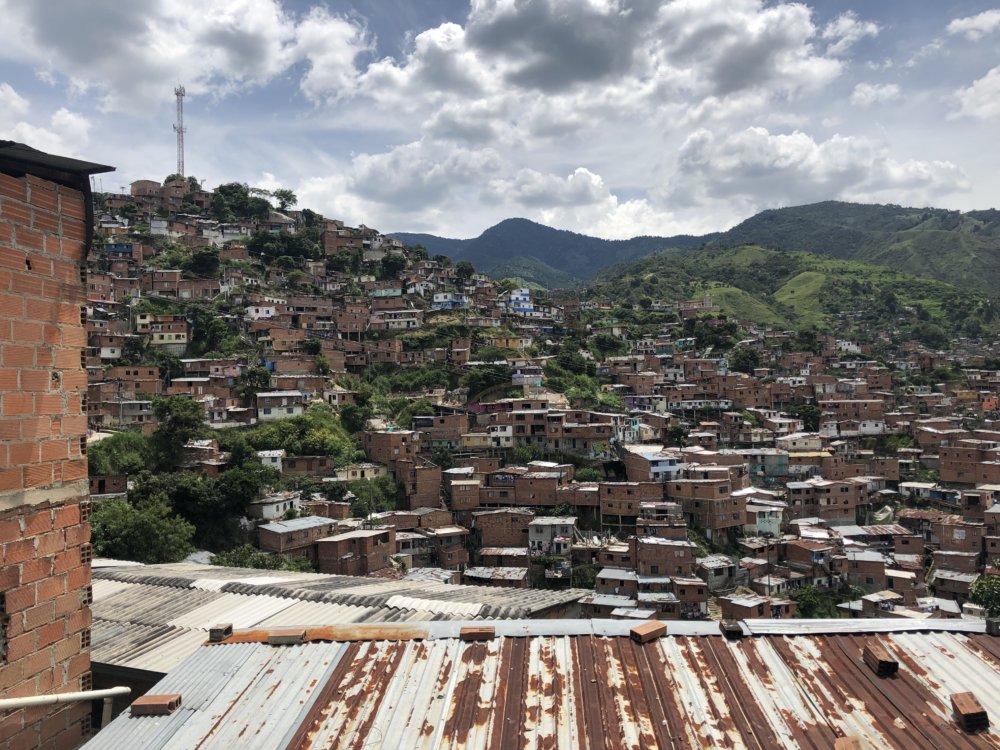 Favellas line the hills in Medellin

District 13 in Medellin was once a no go area controlled by the drug cartels; in contrast it is now a very cool district that attracts tourists. Its renaissance has been enabled by a thriving hip-hop scene that has replaced the violence of past years with street art, music and a vibrant youth culture. The installation of a sequence of escalators has opened access to this hilly neighbourhood and created a communication route that has reconnected the community and is encouraging the regeneration of the housing stock. 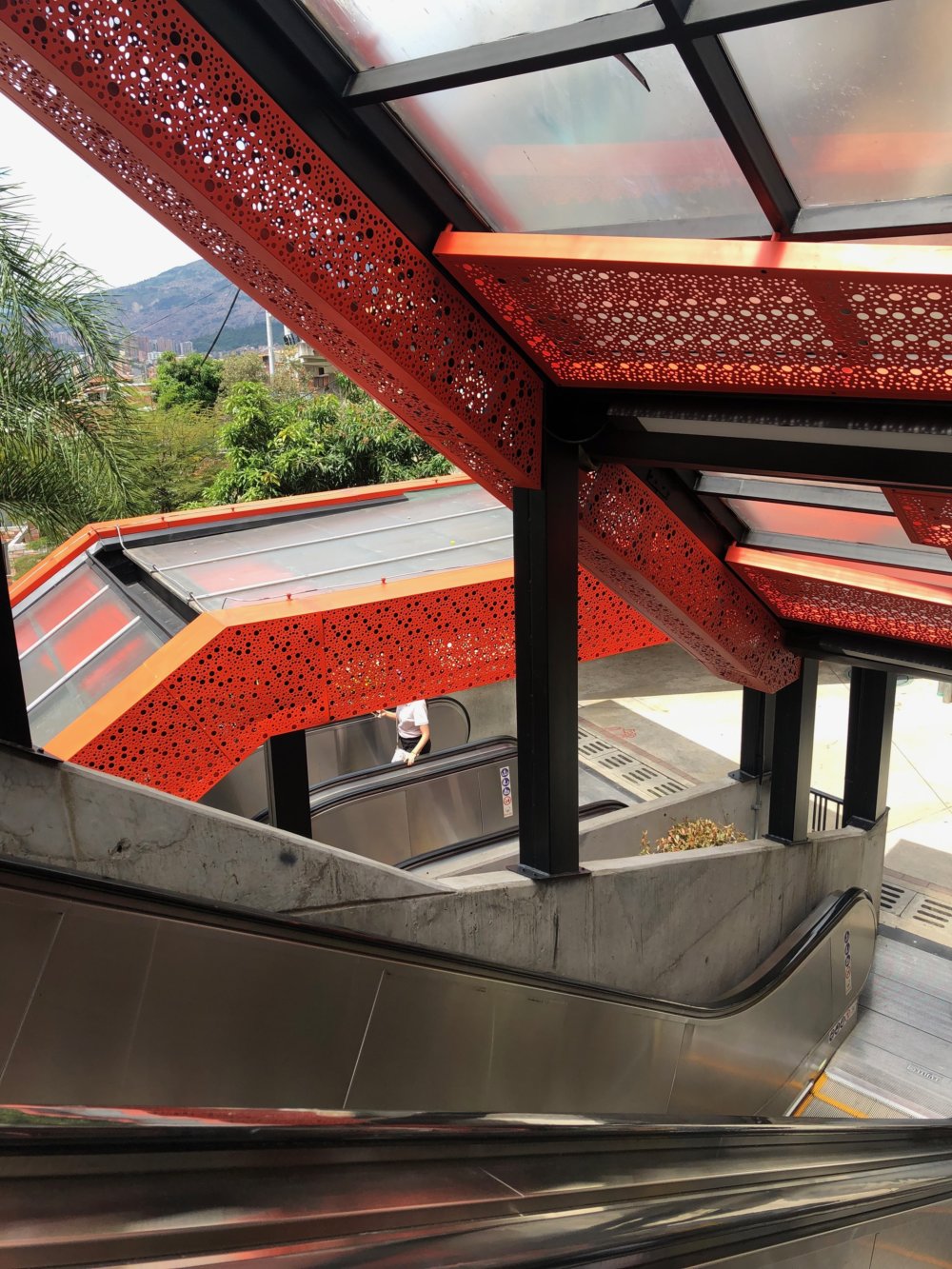 There are many libraries in Medellin and the Parque Bibliotheca Botero is a good example. It is located in one of the outer suburbs and acts as a community centre, nursery, performance space, arts centre and library. It is a high quality and rigorous piece of architecture that genuinely serves the community, and despite its uncompromising style,   integrates successfully with the community. 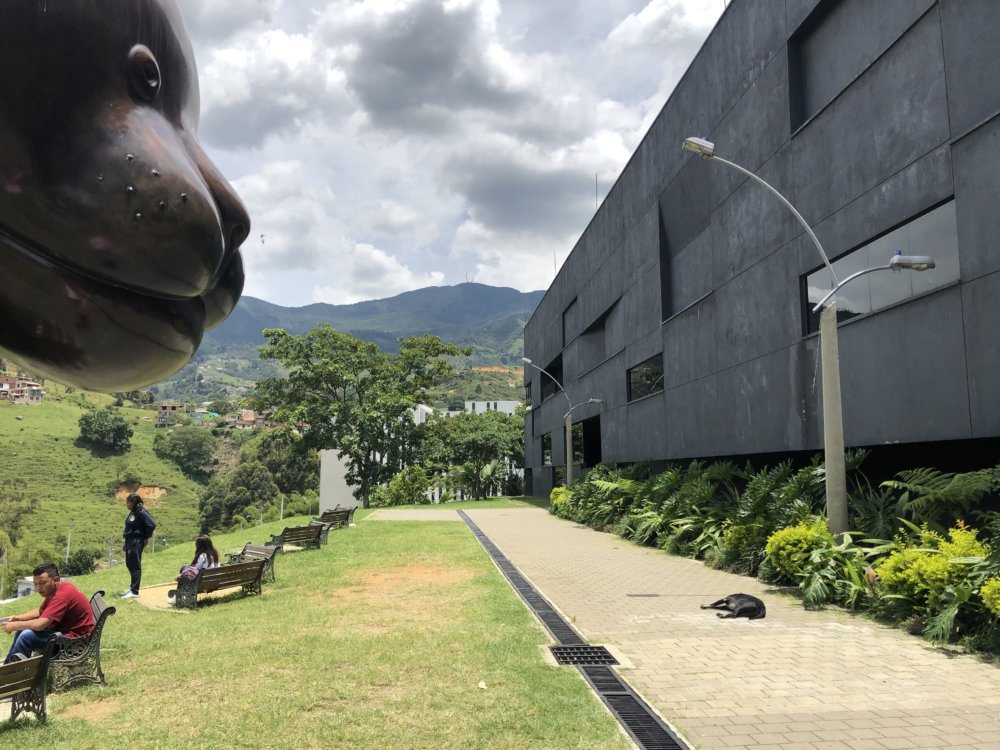 In Bogota the situation is similar, successive mayors have put public transport, cycling, public buildings and the urban realm at the forefront of their agendas. It is a city that although clogged with traffic, has a vibrancy and energy that is optimistic and forward looking. Perhaps the most respected post war architect in the city is Rogelio Salmona. Salmona worked with Le Corbusier for ten years in the 1950’s. After travelling through Europe, he returned to Colombia and began to establish an architectural language that is not short on modernist reference. His visit to the Alhambra clearly had a profound impact, and the integration of landscape and outside rooms is evidenced in his Colombian work. Two of his many projects are worth considering in the context of social space. His Virgilio Barco library is a masterpiece, completed in 2001, it is clearly well loved and evidently well used, the integration of landscape and interior, the carefully planned and detailed circulation spaces, the use of levels and water in its setting are all noteworthy. 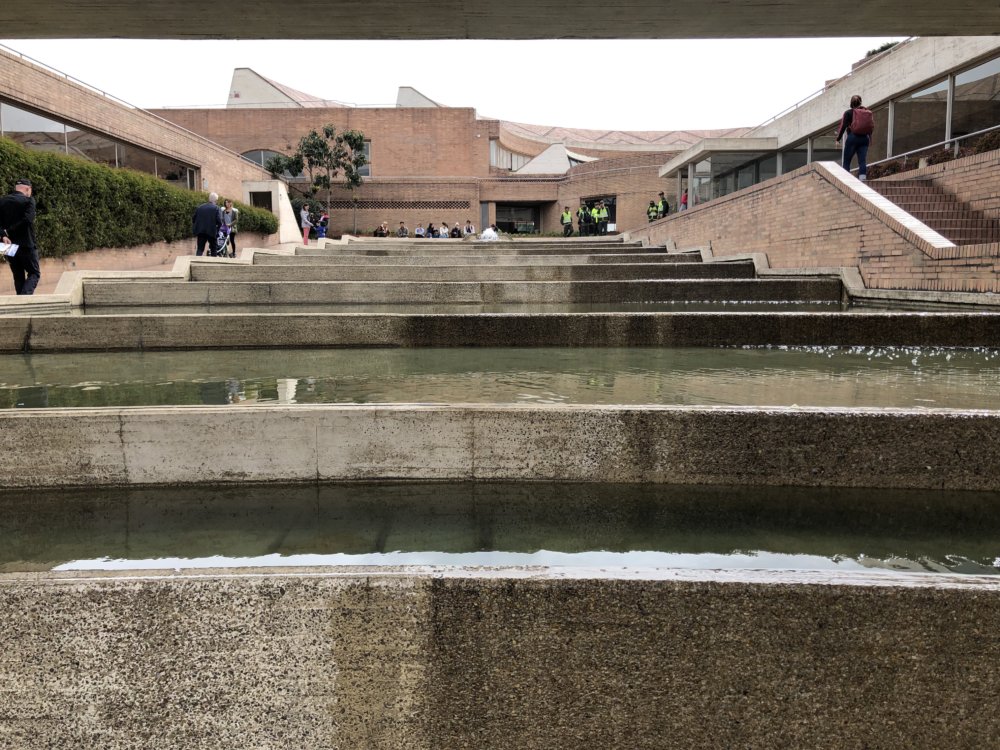 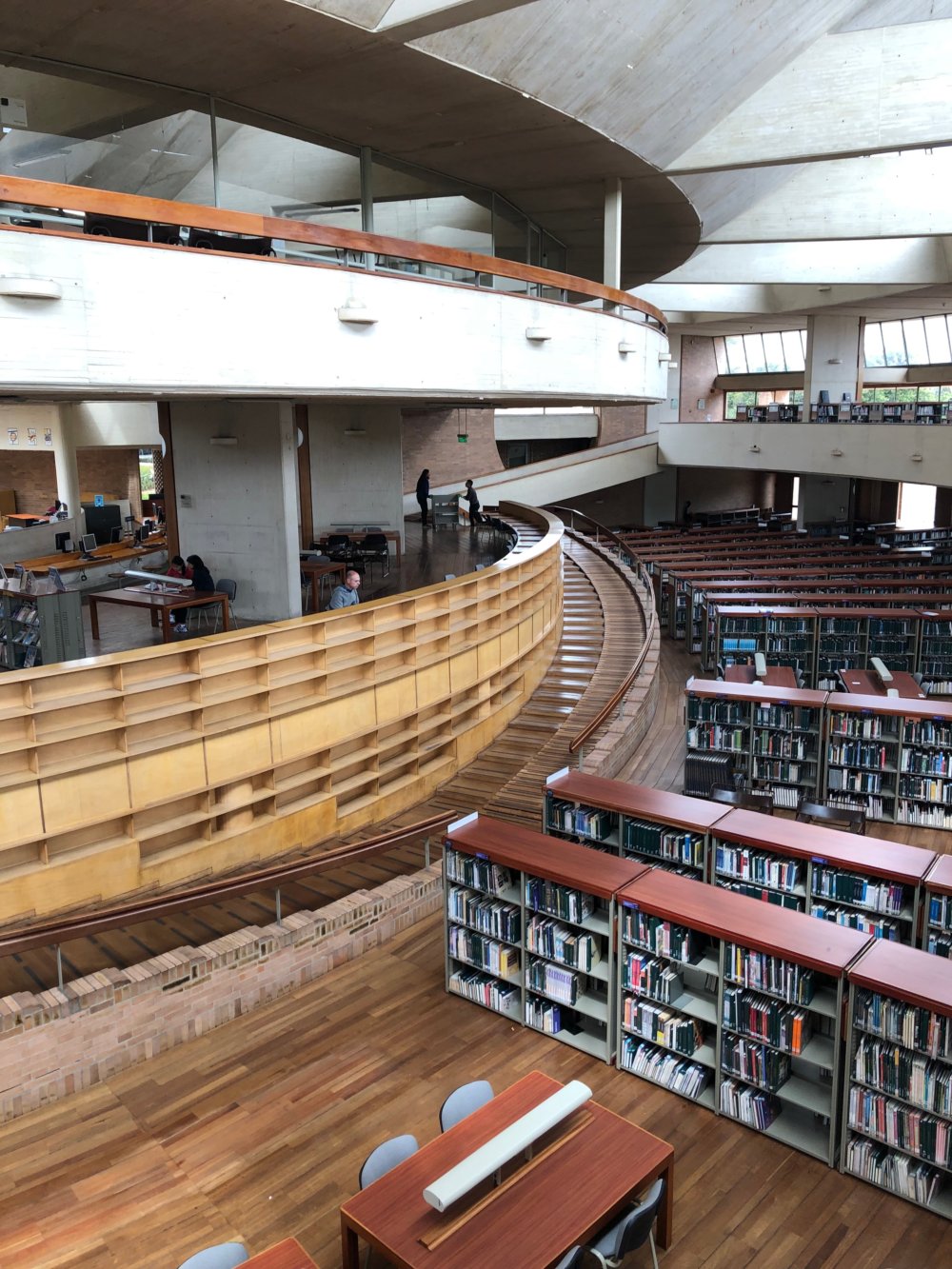 In central Bogota, Salmona designed a cluster of residential towers on a hilly site in a parkland setting. Torres del Parque is earlier (1968-70) and is reminiscent of Eric Lyons work at Worlds End. The difference is the landscape, it nestles into the mature gardens elegantly and exploits its setting against the backdrop of the mountains. 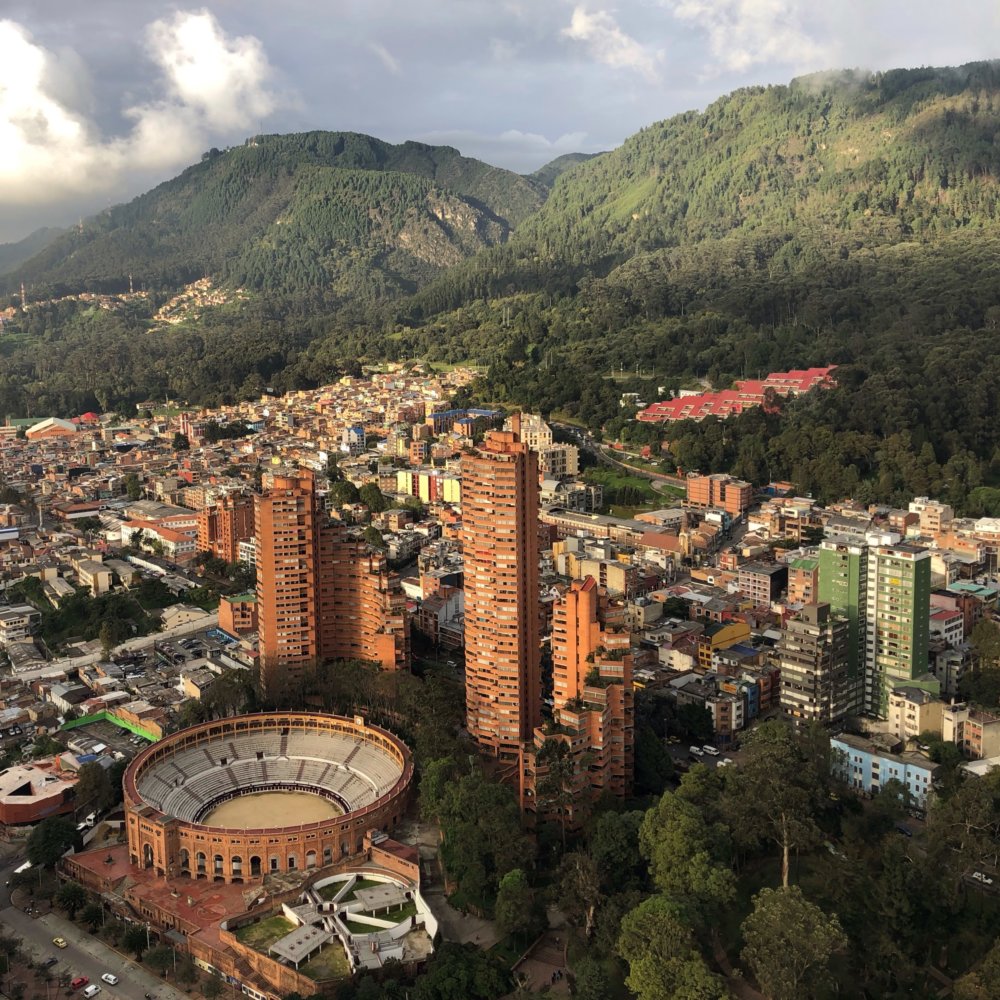 Shared and democratic space characterised most of the projects we visited, and it is perhaps the layering of uses that we can learn most from. Libraries that are not just reading rooms and hospitals, schools and universities all engage with public space. The quality of design is exceptionally high, architecture is appreciated, and retail spaces, restaurants and galleries have a familiar contemporary quality, perhaps not surprising in our instagram world. But ultimately it is people that make space and architecture work, and most of what you see in modern Colombia is well used and well loved. 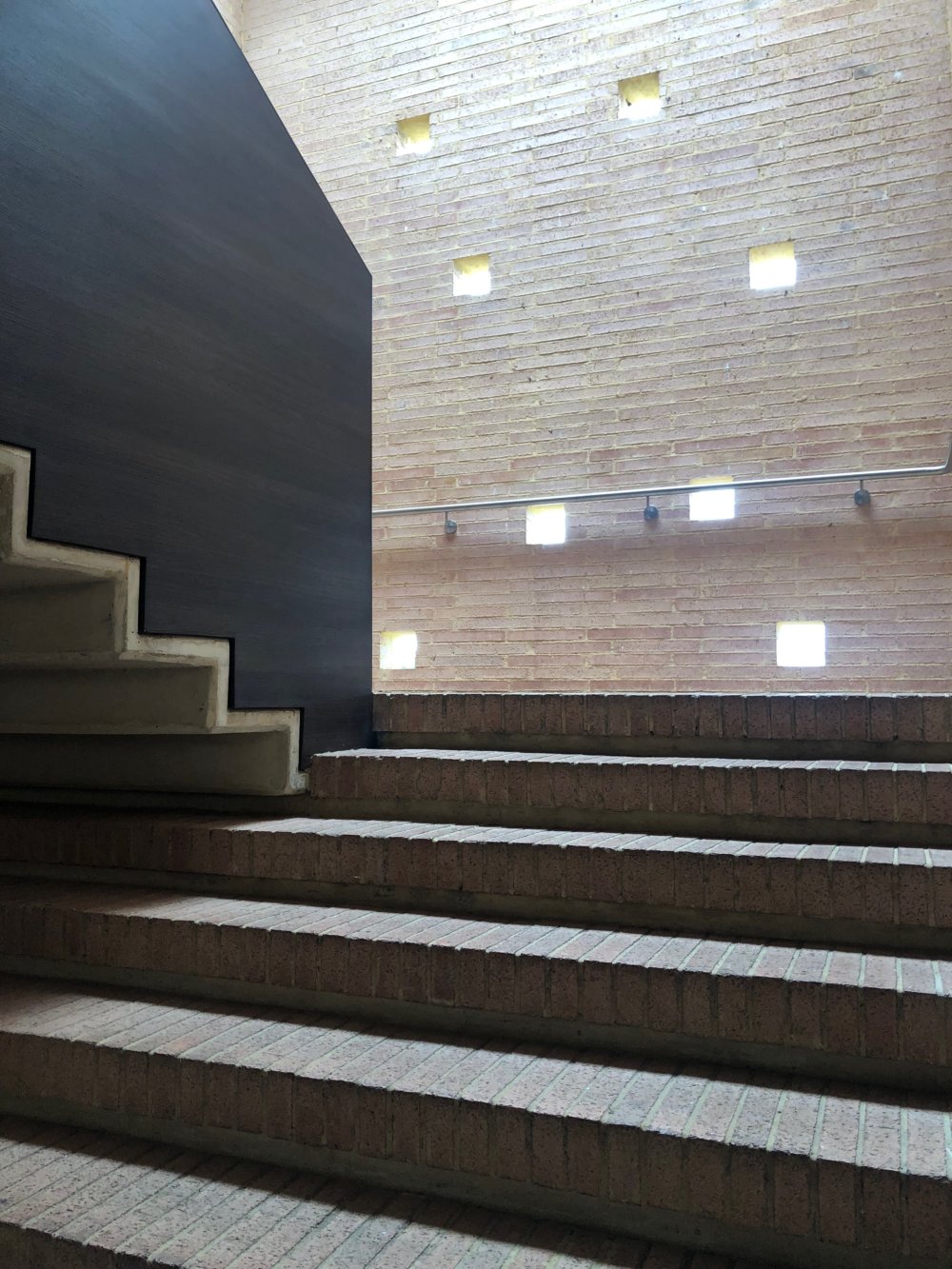