Charles, Prince of Wales established himself as the architectural professions’ bogeyman at his speech at Hampton Court in 1984 on the 150th anniversary of the RIBA. On re-reading the speech, it is clear that he understood that what he was saying would upset many in the audience and indeed in the profession at large, and it is perhaps unfortunate that this is the only aspect of the speech that is discussed.

Much of what he said has become contemporary orthodoxy, for example on retrofit:

“Perhaps, when you think about it, it is hardly surprising as architects tend to have been trained to design buildings from scratch - to tear down and rebuild. Except in Interior Design courses students are not taught to rehabilitate”

“For at last, people are beginning to see that it is possible, and important in human terms, to respect old buildings, street plans and traditional scales and at the same time not to feel guilty about a preference for facades, ornaments and soft materials.”

These are both sentiments that have become enshrined in our planning system and embraced by much of the profession.

However, the speech was of course notorious for its reference to a “monstrous carbuncle on the face of a much-loved and elegant friend”, a reference to the proposed extension to the National Gallery by Ahrends Burton and Koralek. As a result of his intervention the ABK scheme was scrapped and the competition was re-run, and American Post Modernists Robert Venturi and Denise Scott Brown (VSB) were selected to deliver the extension. 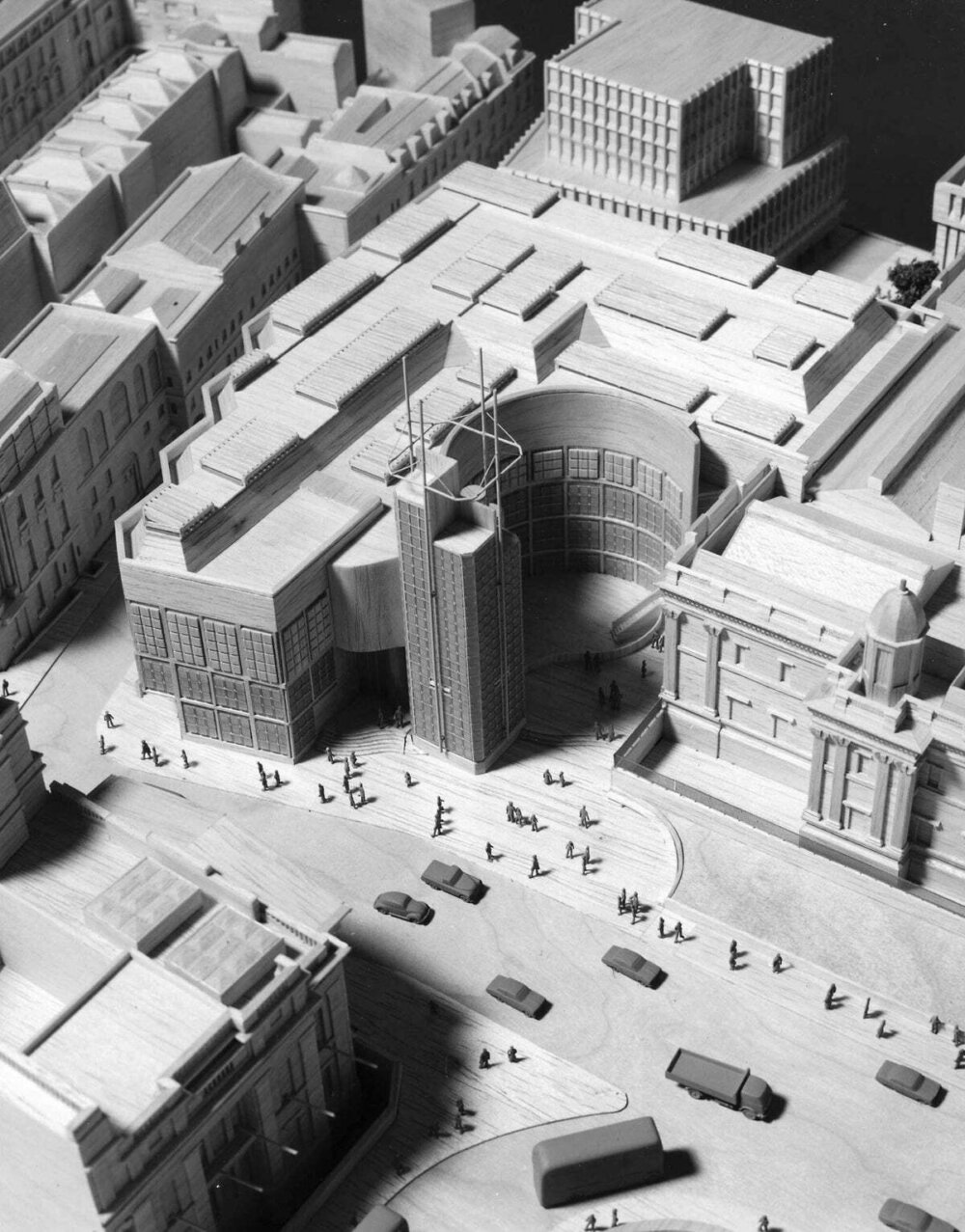 Almost 40 years later Charles is now King, and the architecture of the National Gallery Sainsbury extension is once more centre stage. It may seem ironic that many are arguing that the Venturi extension, which is now listed Grade 1, should be preserved as it was designed, according to the Architect's Journal, alteration to this masterpiece would be “vandalism”. The very people who were most offended by Charles’s original comments now voice remarkably similar critiques of Selldorf Architects plans to modify the Sainsbury wing. 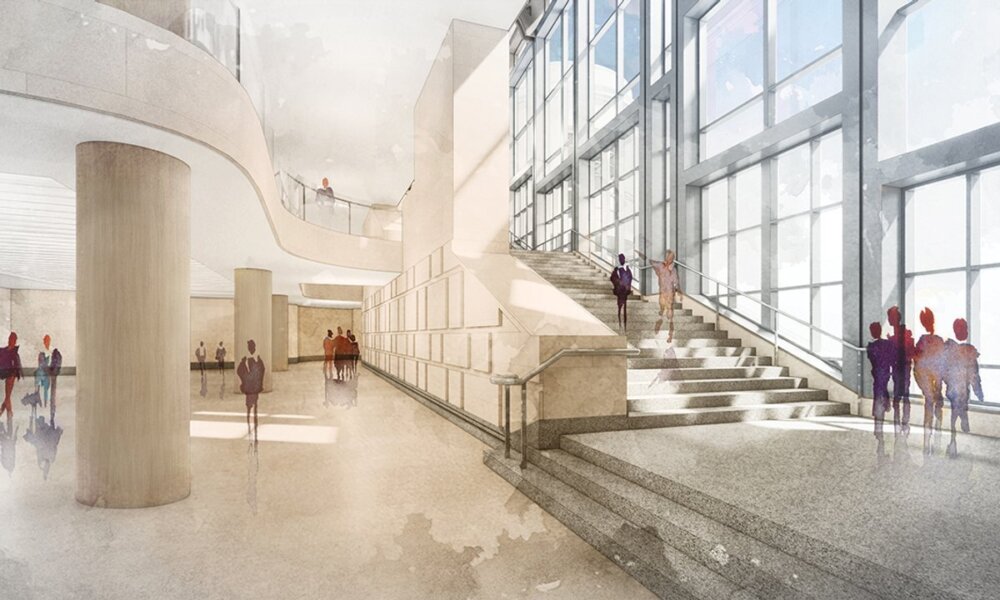 When the VSB scheme was originally completed the critical response was muted, it did not become one of London’s’ modern masterpieces. But 30 years later it has been reassessed in the light of the eminence of its designers. Whilst the extension fulfils its ambition to be sub-servient to the Wilkins Galleries from 1830’s, it is not a particularly satisfactory or enjoyable interior. The basement galleries are lightless and inflexible, the entrances are cramped and awkward. It was not designed to be the principal entrance to the National Gallery and this is the problem. If the function of a building is changed then the architecture will necessarily have to change to accommodate it. 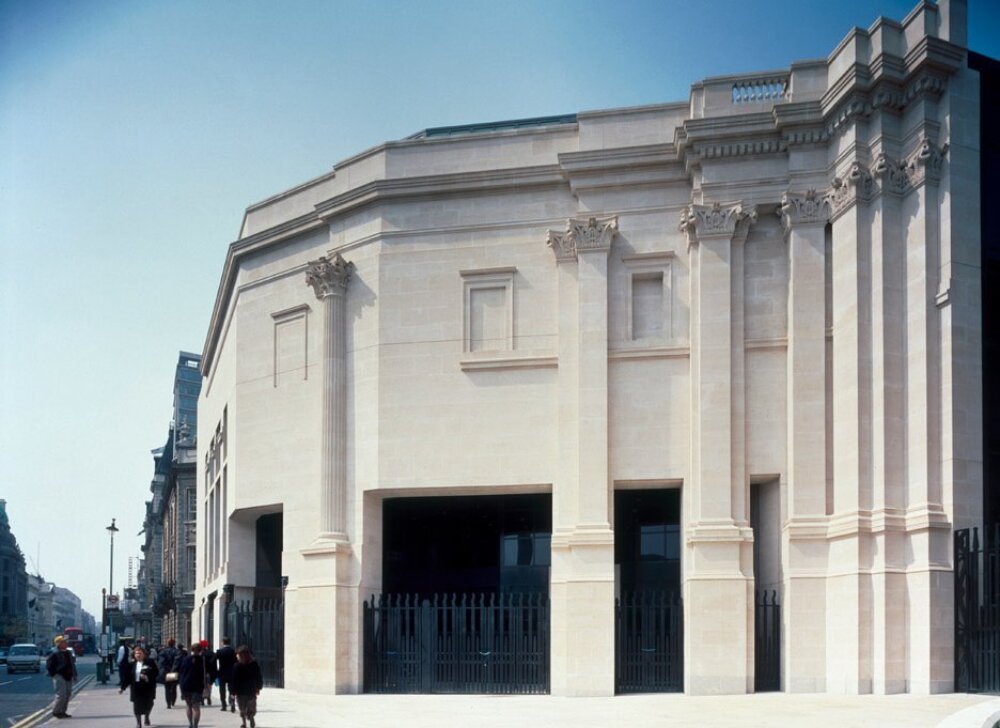 Trying to make the Sainsbury Wing the main entrance to the National Gallery should be questioned. It is a great shame that the main entrance on the axis of Trafalgar Square was ever changed, that move has proved to be totally unsatisfactory, whilst accessibility is no doubt the issue surely that could have been resolved, as at the Natural History Museum. If that were the case the interventions to the Sainsbury wing could be more modest, and the architectural integrity of both listed buildings would be retained.