As Europe seems to be unravelling, it is prescient to consider that until 1871 Germany and Italy did not exist. City-states were combined to create these two countries, and today the historic idiosyncrasies are still apparent.  Which is perhaps why Italian cities never fail to inspire, the larger ones were capital cities once.

Bologna is no exception, as famous for its ancient University and endless arcades as well as its exceptional culinary heritage. Since ancient times staunchly communist Bologna has been a political city. Perhaps surprisingly continuity is prized over modernity in the historic centre, interventions are subtle and discreet. The most noticeable are from the 1930s when Mussolini’s regime stamped its authority on across the country, and that architectural style is ‘neo Roman’. 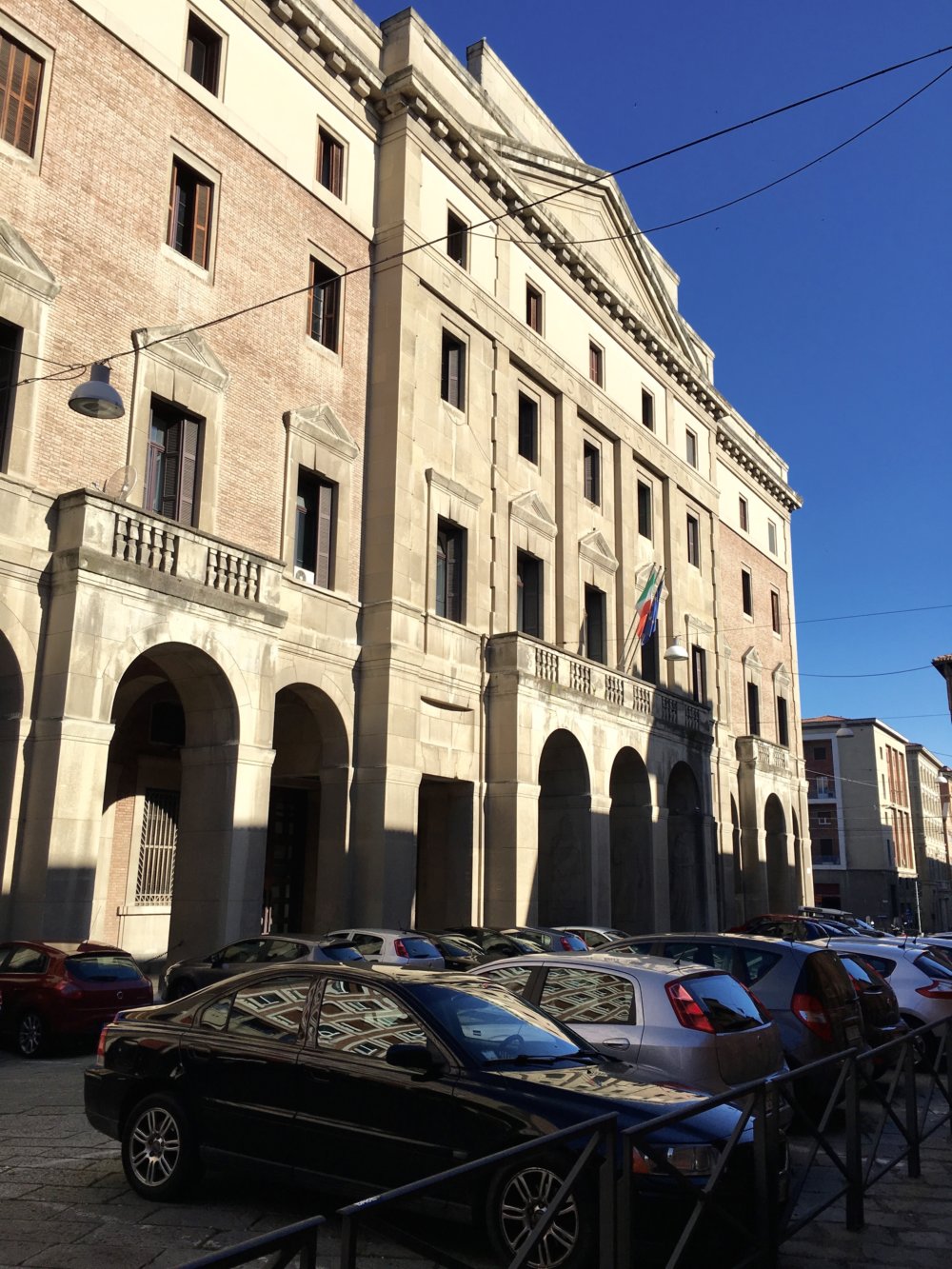 Standing 60m up on the stump of one of the medieval towers it is astonishing how timeless the view is. A patchwork of terra cotta roofs, achieving a balance of texture colour and form. It was surprising to discover that Bologna was bombed heavily by the allies towards the end of the Second Word War. From the perspective of a visitor it is difficult to see where. Whilst it was not ‘blitzed ‘ it does not carry the scars of war that cities like London and Berlin wear. Areas of damage were rebuilt, the stunning university operating theatre was pretty much destroyed, you wouldn’t think so today. 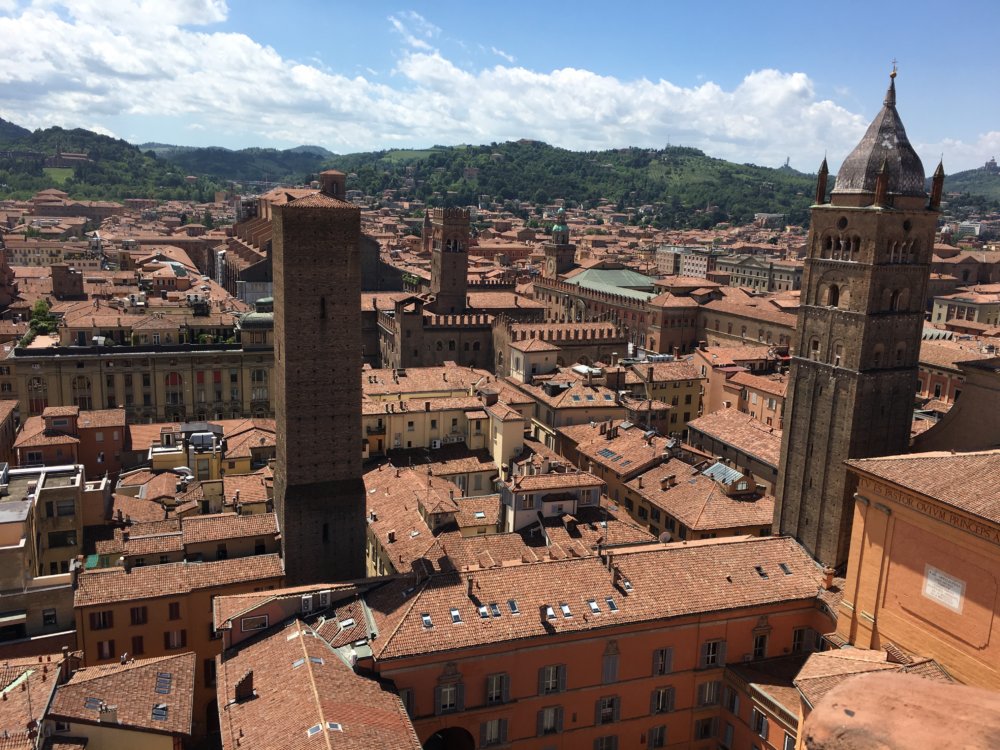 The Duomo, dedicated to St Petronius, was designed to be bigger than St Peters in Rome.  Its ambitions were scaled back by the Vatican and to this day it remains incomplete. However it is still the largest brick church structure in the world and seemingly the tenth largest church by volume. During the war the authorities constructed a wall in front of the unfinished main elevation to protect it from bombs. Today it needs a permanent armed guard to protect it from Islamic militants who have tried to blow it up on two occasions this century because it has a C15th fresco which in part depicts the Prophet Muhammad in hell. 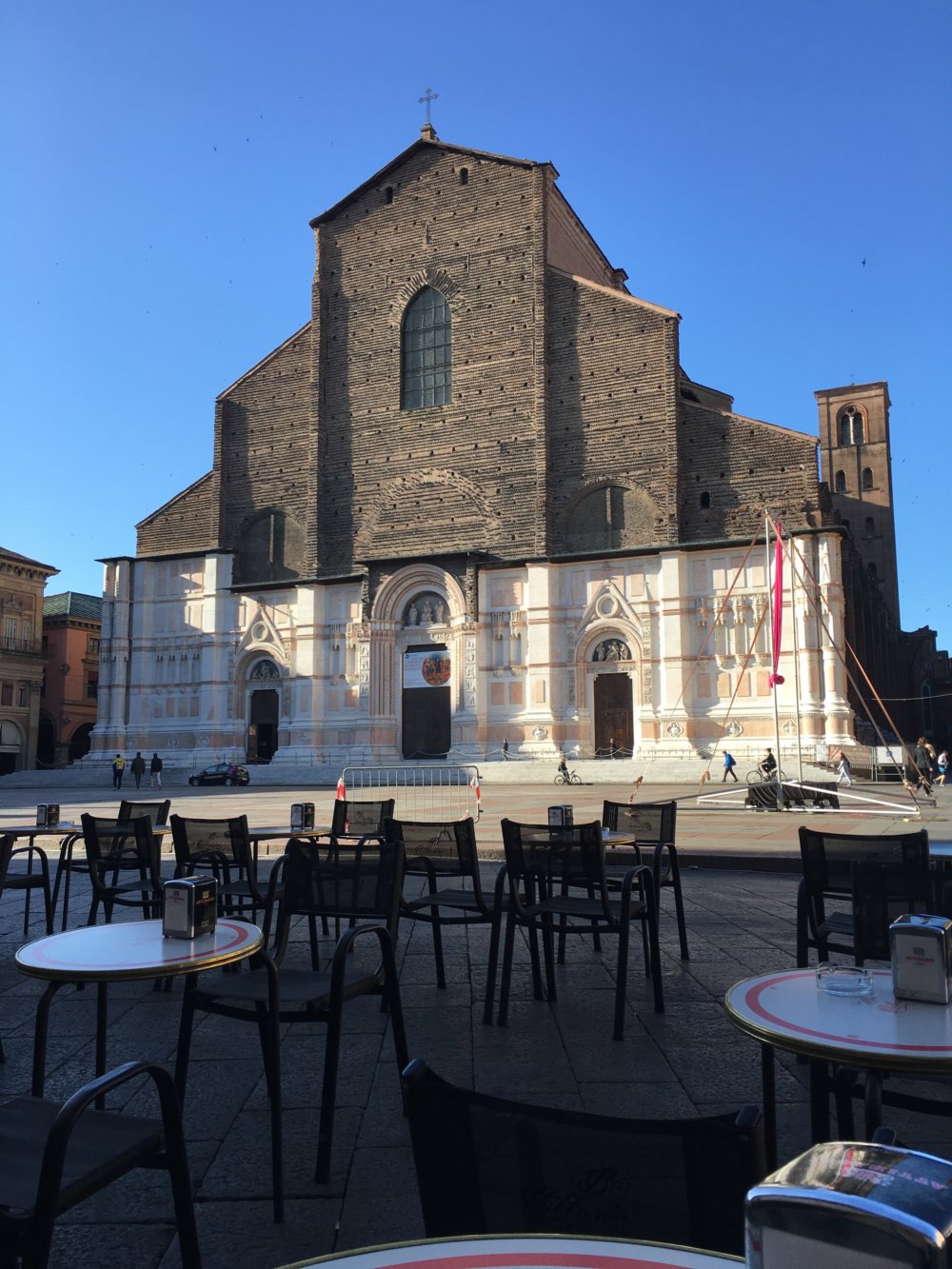 With the exception of one or two examples, notably Carlo Scarpa’s Rovina showroom, modernist architecture is pushed to the edges, and it can be uncompromisingly modern. 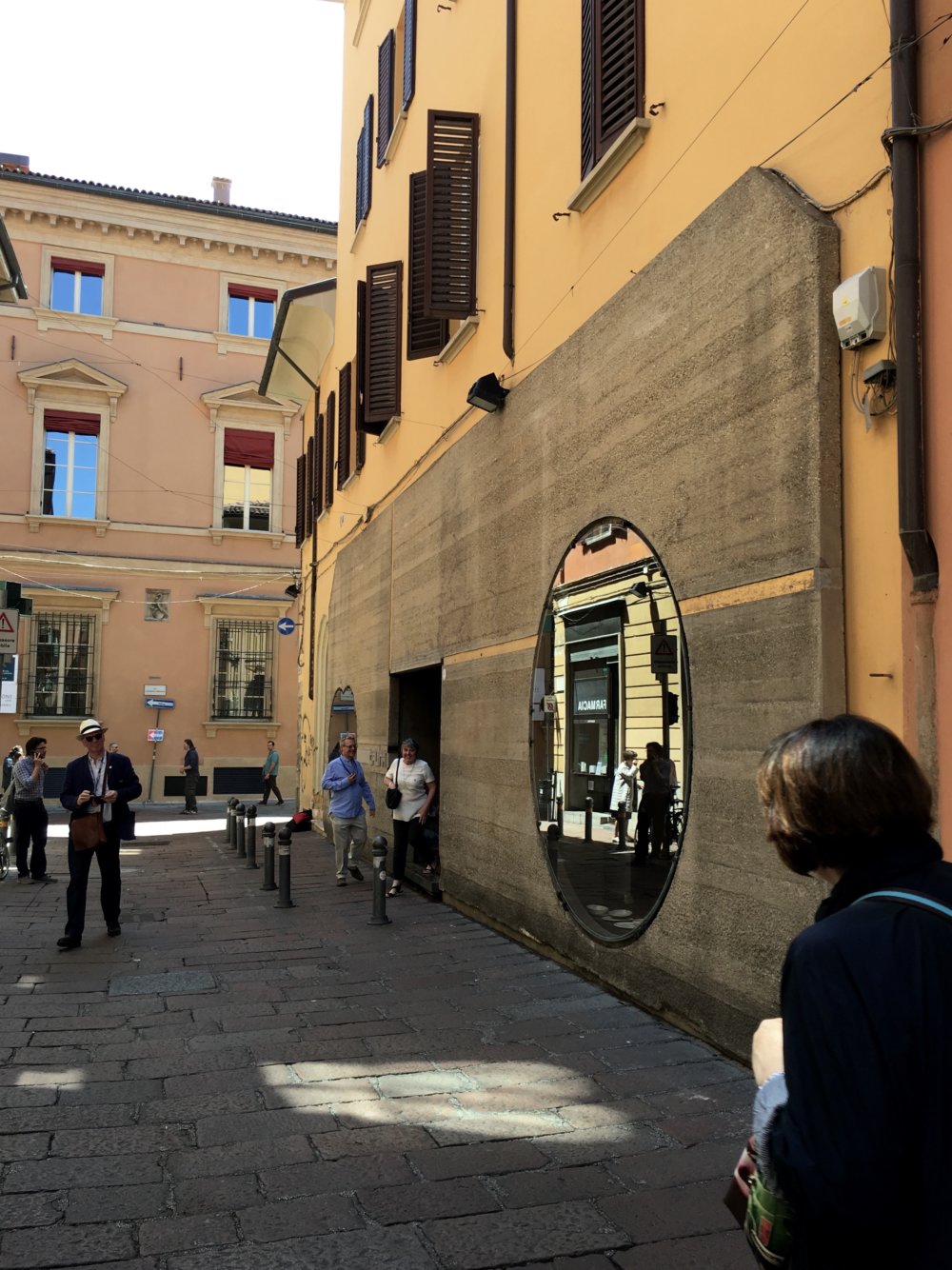 The northern expansion of Bologna is a case in point; Kenzo Tange designed a new quarter that is almost fundamentalist in its exploration of the Metabolist architecture that fascinated the Japanese in the 1960’s and 70’s. It is a huge project; the last phase was completed 7 years ago.

On the face of it this is an architecture that ignores context, it could be anywhere from Cumbernauld to Tokyo, but perhaps there is a bit more to it than that. Bologna was once a City of towers, built for defensive reasons and linked at high level, the skyline of this, and many other Italian towns and cities, would be reminiscent of contemporary Manhattan. Tange was clearly aware of this when he developed his masterplan. 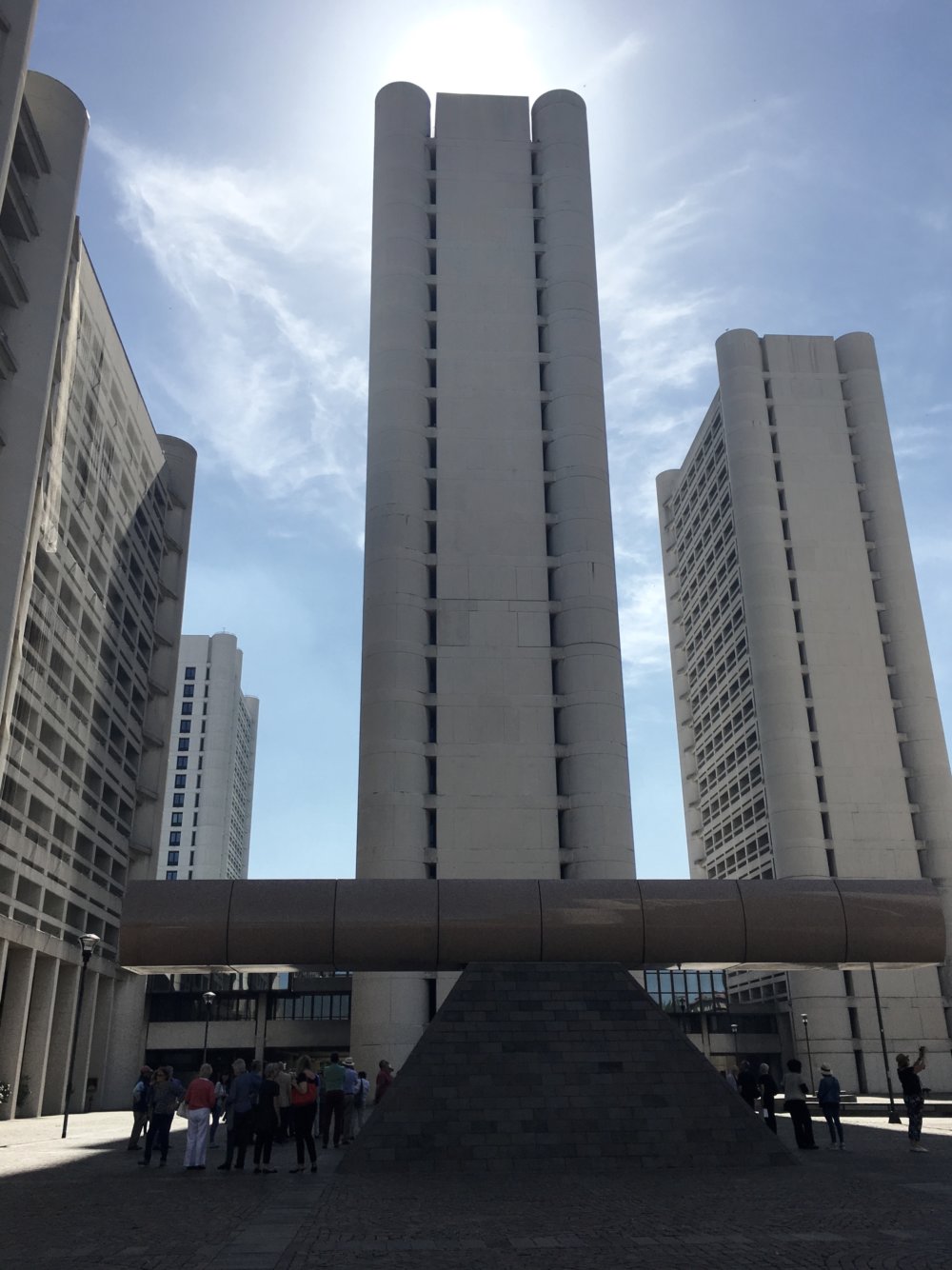 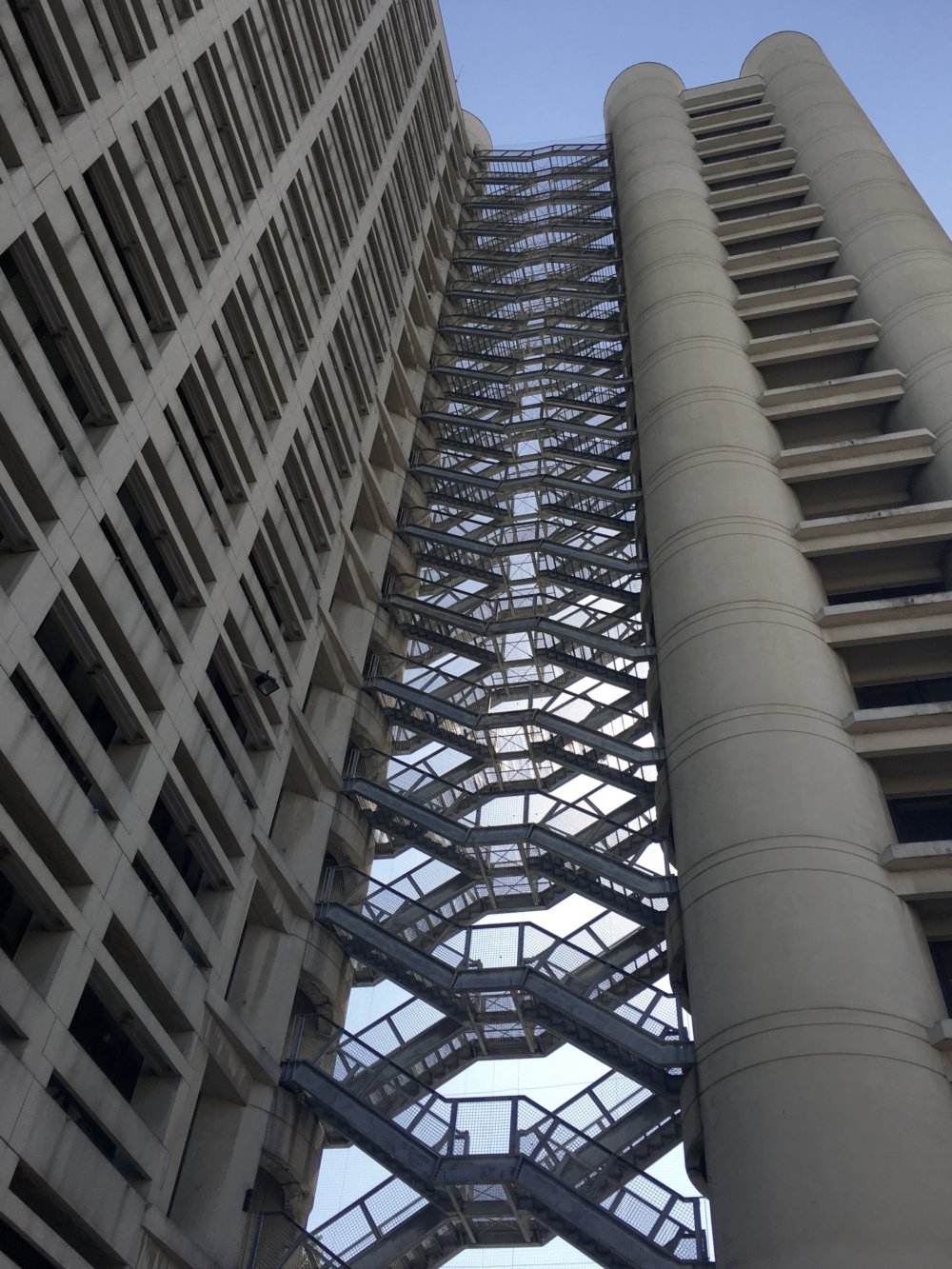 Fiera, as the area is known is a mix of transport interchange, exhibition venues and government offices. A combination that does not really hold out much hope of creating a lively or even interesting public realm. The buildings and the spaces around them benefit from the generosity of the Italian light and climate, but they are empty and soulless,  but nothing that some residential accommodation wouldn’t rectify.

More than anything Bologna reminds us what is great about European cities; they are palimpsests, layered not only with history but also with politics, religion and commerce. But most importantly the historic core of Bologna is alive, thriving, and adapting to the changing pressures of our globalised age. 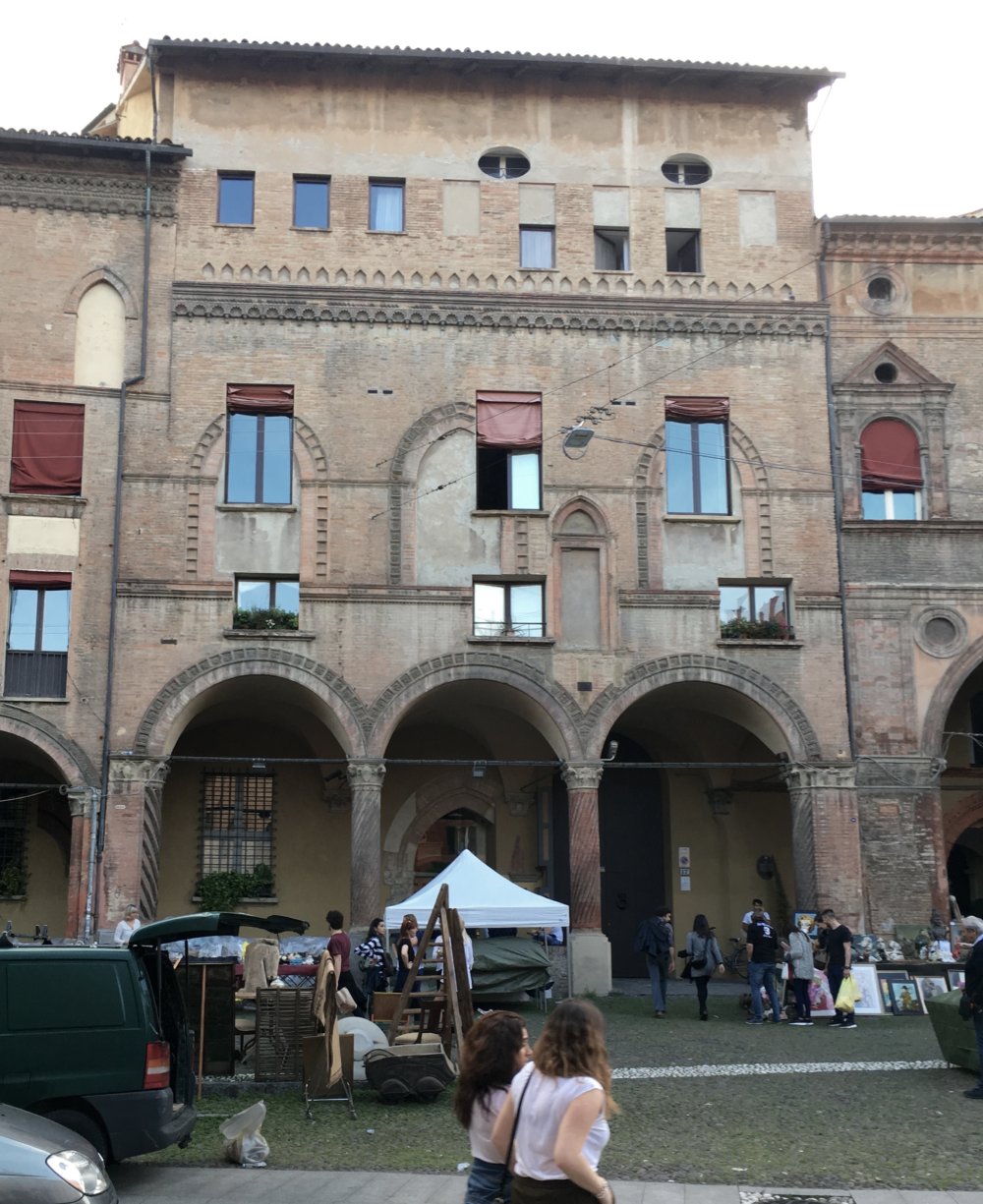 The visit to Bologna was organised by Worshipful Company of Chartered Architects, a City Livery Company.