Central London property values are significantly higher than they were before the Global Financial Crisis 10 years ago. The reasons for this are many and complex, low interest rates and foreign money certainly play their part, but one of the biggest factors must be land value. Land in central London is vastly overpriced, this puts pressure on height, scale and density. However, high values very often produce notably better quality architecture. The challenge for Local Planning Authorities going forward is how to encourage development of the highest architectural quality on land that is not so valuable. There are plenty of places with an abundance of derelict brownfield sites that are crying out for investment and regeneration, the outer London Boroughs for example.

It was a visit to Birmingham and Walsall that prompted these thoughts. The Architecture Club tour was organised by Glenn Howells whose office is located in Digbeth, an area that is reminiscent of Shoreditch 20 or 30 years ago, a place that feels as if it has a future. There is a lot of vacant industrial land and if the inner city ring road, built in the 60’s, were removed the plethora of car parks that it generates would go too. There is no doubt that the nearby HS2 terminus is going to have a major impact, and there has been a lot of new development in the surrounding area.  Much of this is mediocre, too much of it student housing, which is a shame when there are still an abundance of great 19th century buildings in the centre that need restoration and new uses.

Central Birmingham has seen a lot of re-development around the administrative, cultural and business districts. Mailbox and Brindley Place are good examples of placemaking in the city centre, emphasising that the quality of the public realm and the clarity of way finding are just as important as the buildings that surround them. The Ikon Gallery is a great example of reuse, it was a Victorian school, and it is now a thriving contemporary art centre with a café and bar. A lot of the Brutalist buildings by John Madin have been lost as the City tries to update it's image; his central library has been replaced by a Mecanoo design for example. However good quality modern buildings still contribute to the townscape, Seifert’s Alpha Tower and Bicknell and Hamilton’s New Street signal box to name two. 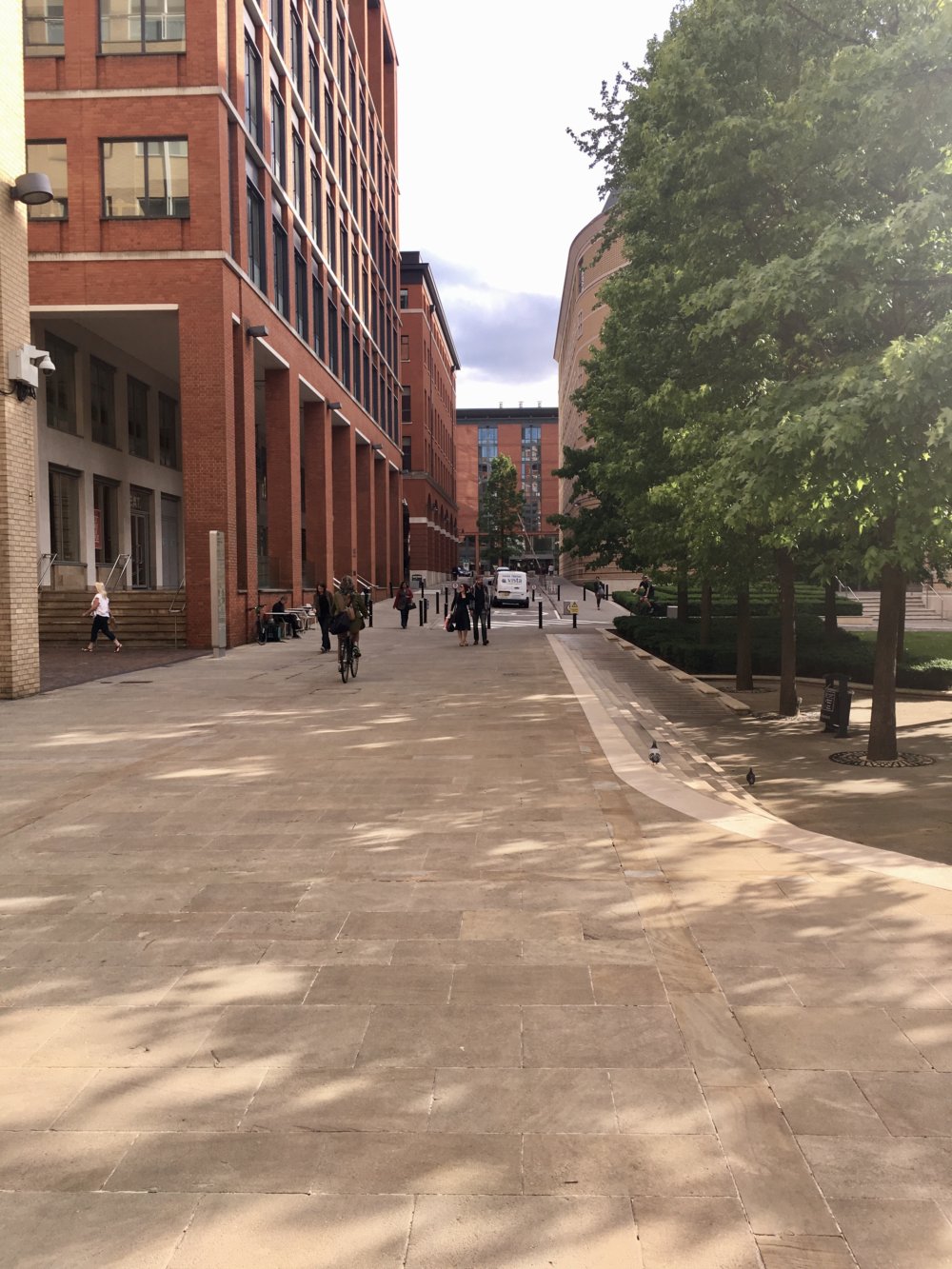 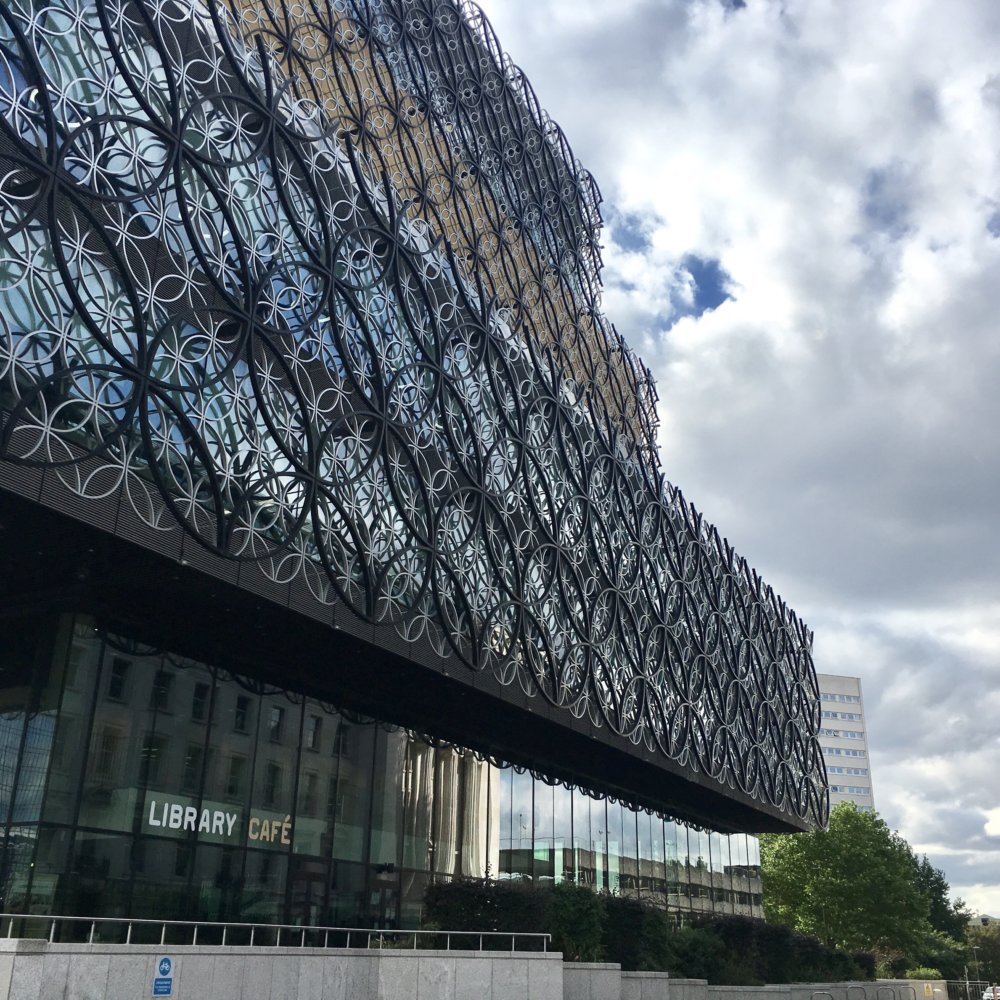 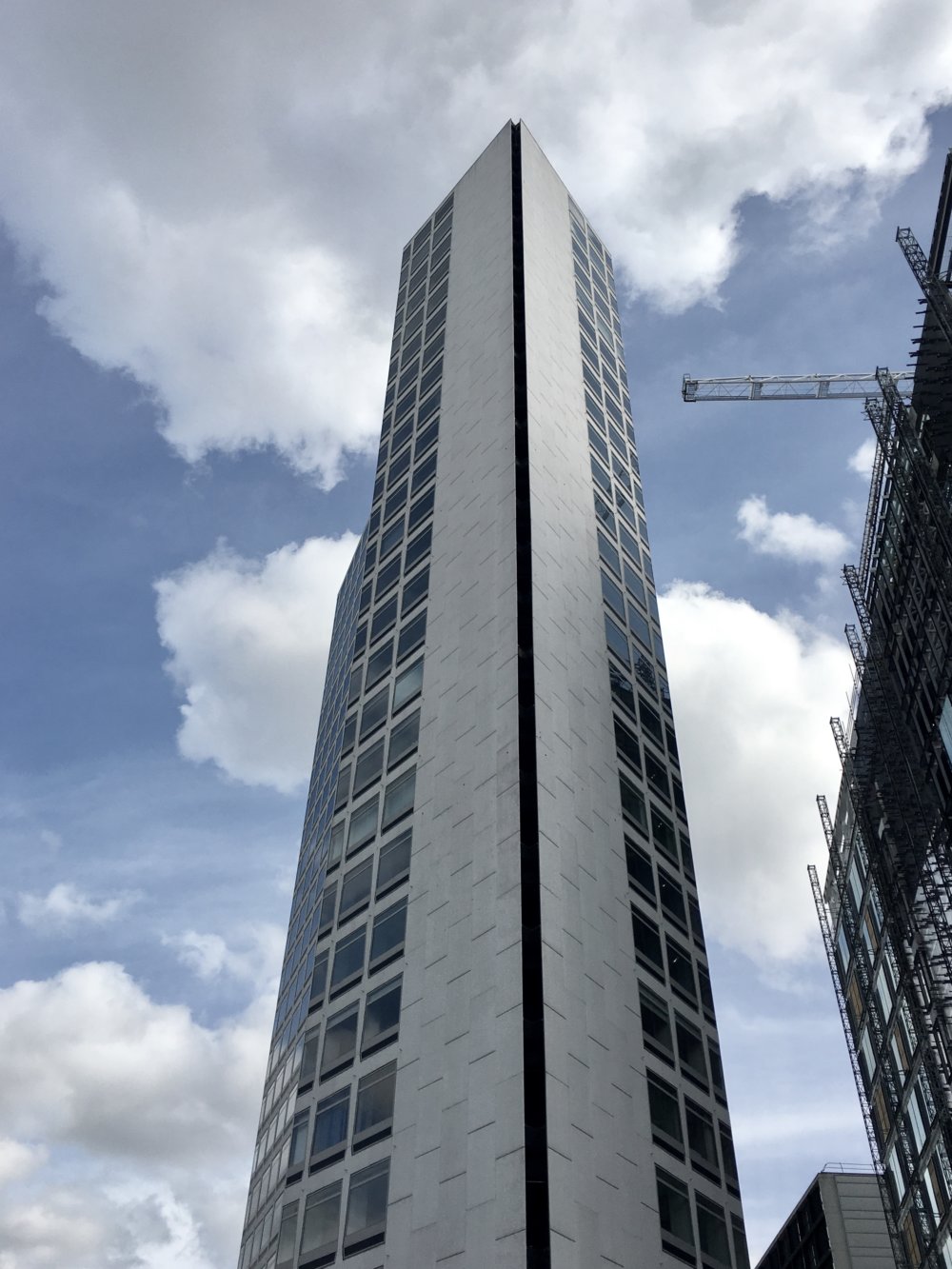 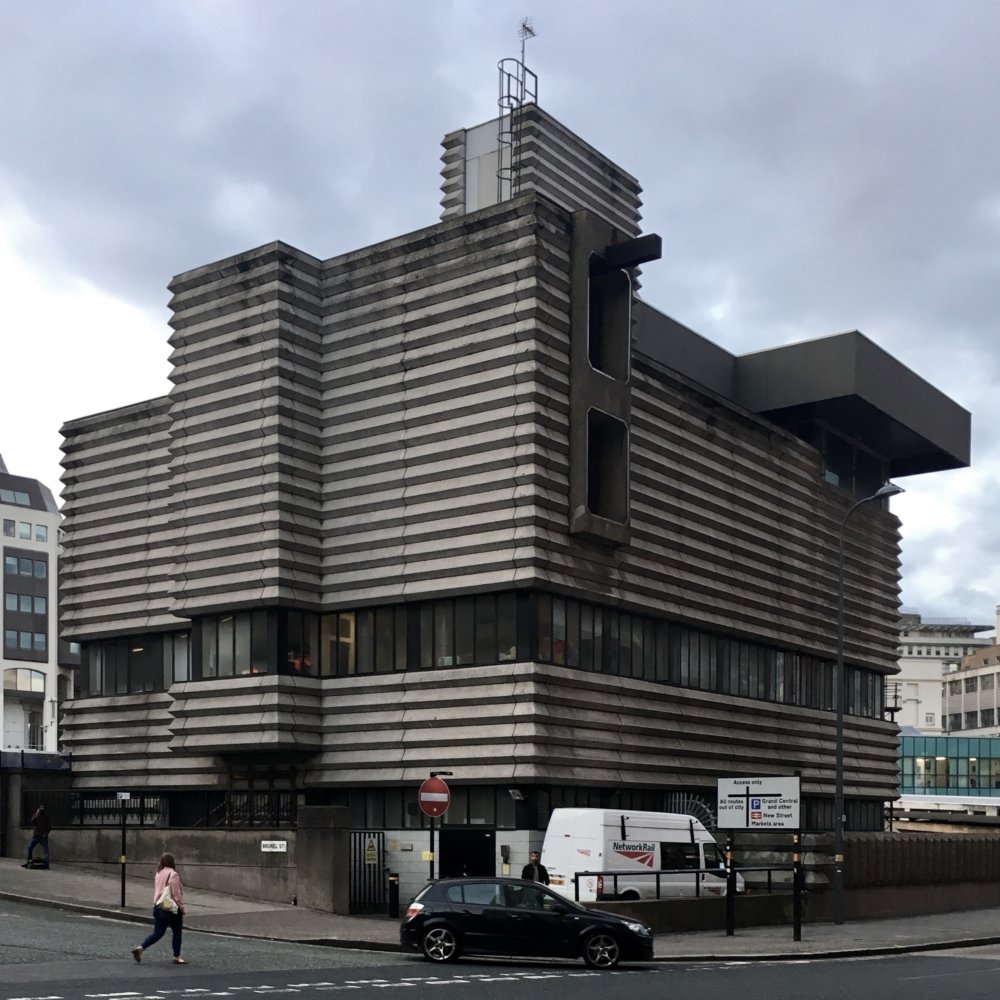 Walsall is eight miles from Birmingham and the New Art Gallery designed by Caruso St John is now 17 years old, and is probably the only reason you would choose to call in on this Black Country town.  It is a building well worth visiting, as some 175,000 do every year. Time is the test of great architecture, and this is a building that is still fresh and inspiring to visit. The carefully controlled palette of materials, boarded shuttered concrete and Douglas Fir inside, and externally terra cotta and stainless steel, combine to express the volumetric form and to create a sequence of linked spaces and galleries internally. It is a great piece of architecture that has not dated, and still excites. 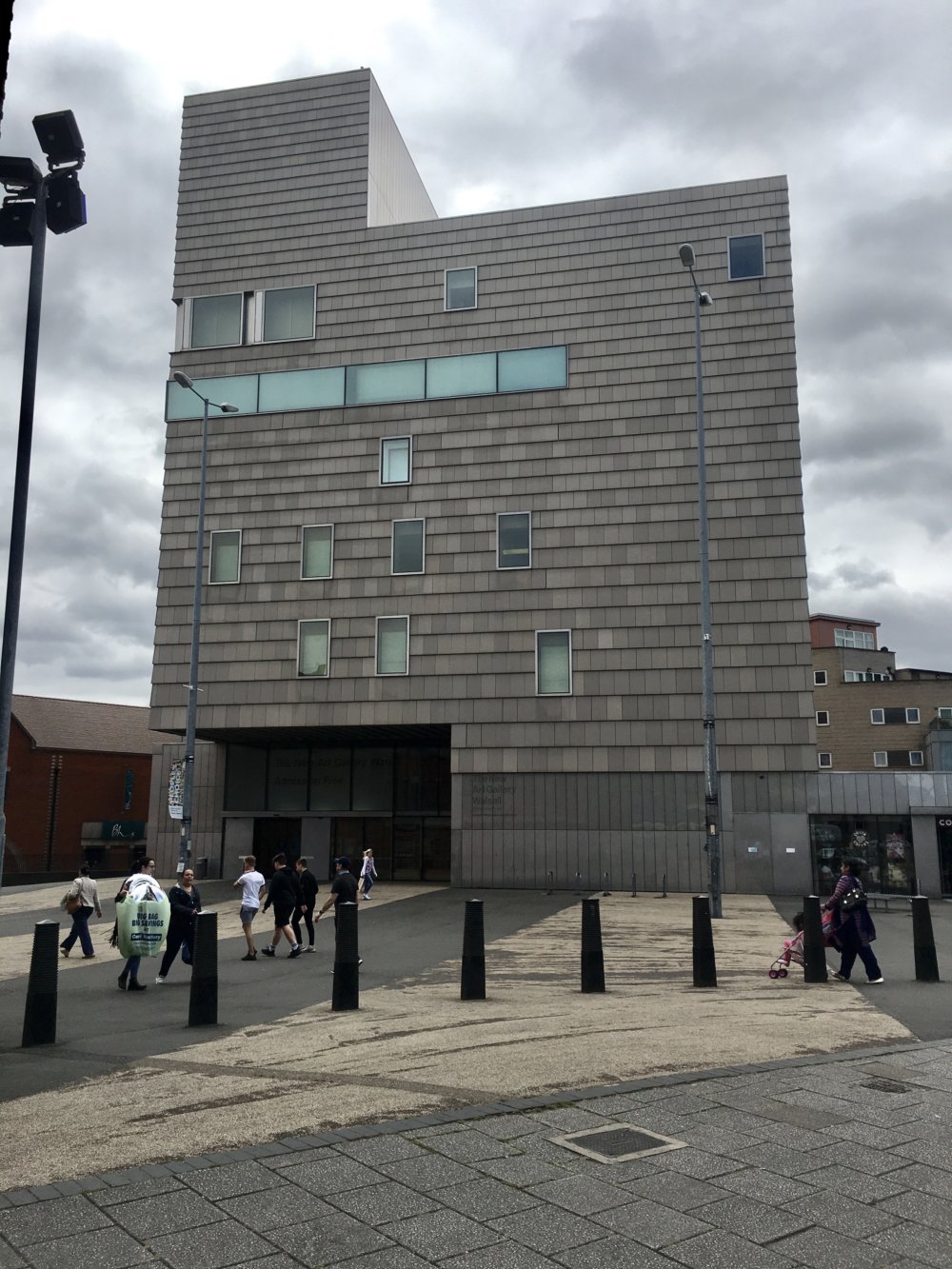 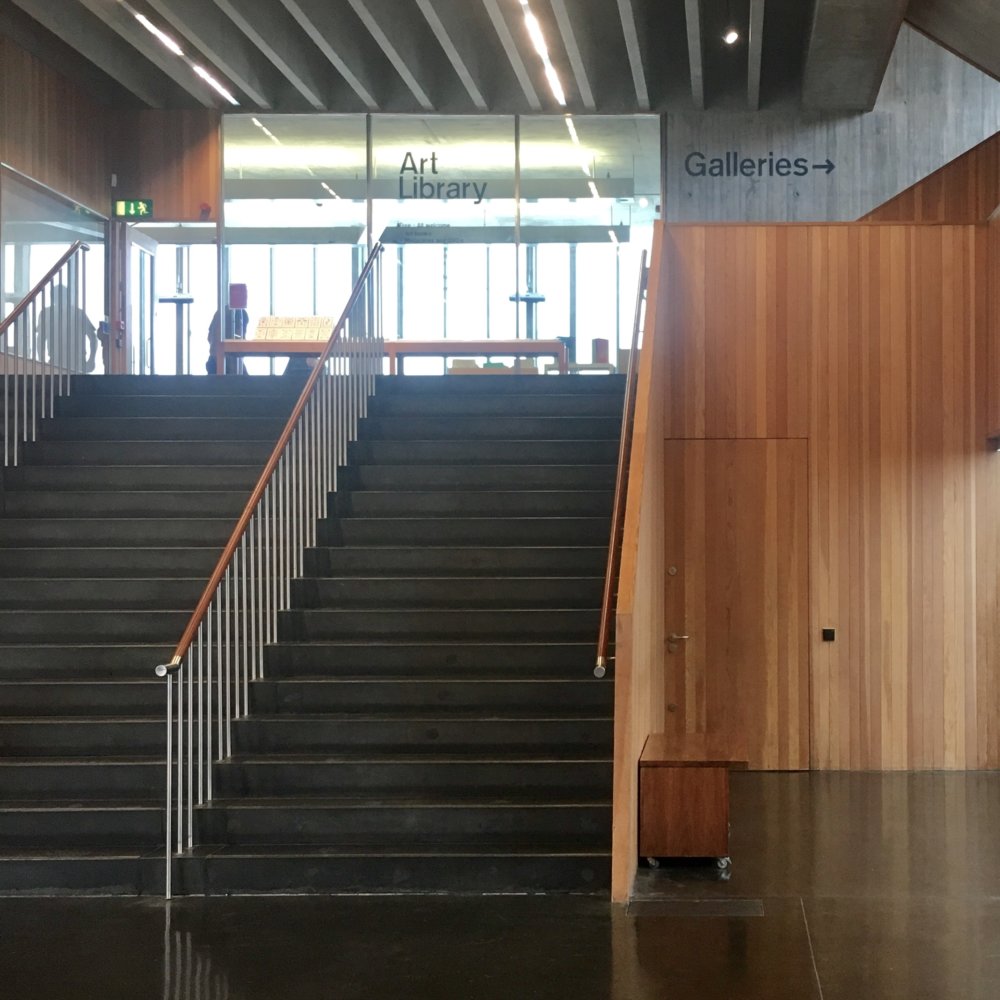 Statistics demonstrate that Walsall is a poor town, the industries that once sustained it have long gone, and the shops on the high street that are open are at the Pound Store and Pound Savers end of the market. The Gallery is well positioned at the head of the high street and close to the station with a canal basin to the rear. Clearly the greater majority of the budget, (£21m in 2000) was spent on the building itself, the public realm around it is poor in comparison. There was an attempt to engage the canal with a separate bar building designed by Sergison Bates, but this is in a sorry state, and you can’t help feeling that the Gallery needed to engage the canal basin more positively and create a quality space next to the water. Sadly as good as this building is, it does not seem to have stimulated re-generation of any note, new buildings nearby on great waterside sites are poor by any standards.

I wrote about Liverpool last year, a trading City that did not have a manufacturing base historically, and is now struggling to find a sustainable economic model. In contrast, Birmingham did have a manufacturing heritage, but as that has faded away it is left with similar problems. Like Liverpool it seems to rely on students and retail to keep its centre alive. The difference is that Liverpool will attract tourists, with its architecture, Cathedrals, the Tate and of course the Beatles. Birmingham is only 80 minutes from London, but it does not feel as if it has the cultural draw to encourage tourism. It will be interesting to see what HS2 will bring to this fascinating city.