Asmara with The Architecture Club 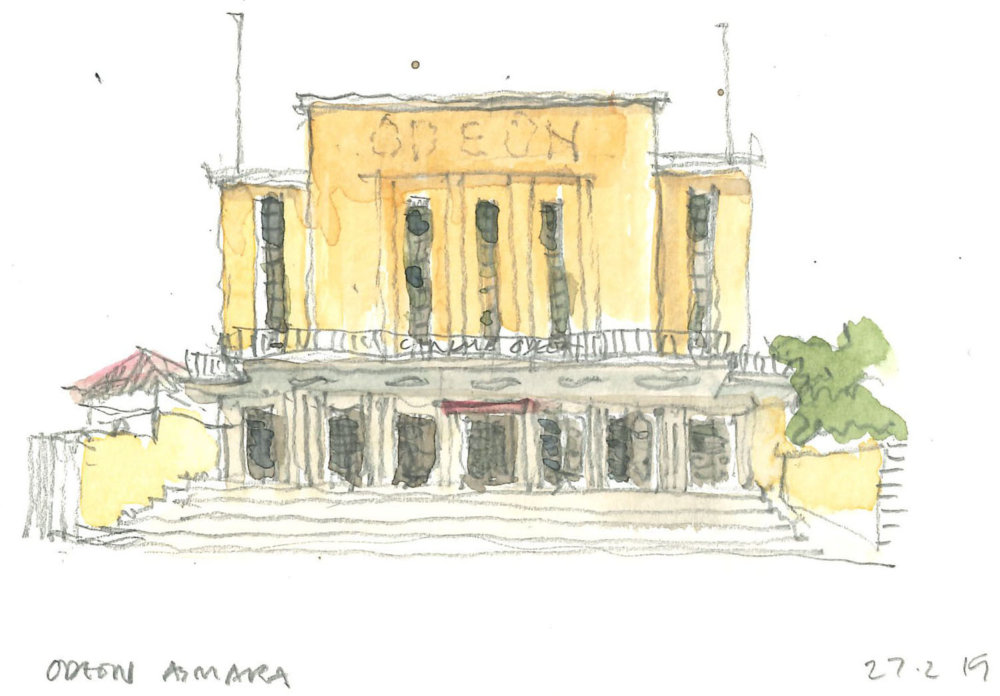 The Architecture Club will be 100 years old in 2022.  It is an informal grouping of architects and non architects who meet regularly, hold debates, visit buildings and generally enjoy each others company. Every now and then we organise an overseas trip, to Moscow in 2012 for example. In February 2019 twenty or so members and guests embarked on an epic journey to Eritrea accompanied by Edward Denison, an Assistant Professor at the Bartlett who is uniquely knowledgeable about the country after twenty years of study.

Edward‘s research and lobbying were instrumental in Asmara, the capital, being granted UNESCO World Heritage status, and it does not take long being there to understand why it was so richly deserved. Asmara is in the Eritrean Highlands, 2500m above sea level, the air is thin and the skies are blue, it enjoys a climate that feels European rather than African. In the 1930’s revitalised Italian colonial ambition saw its rapid transformation into a modernist city.

Eritrea had been under Italian control since the 1890’s when Britain brokered a deal for Egypt to sell the port of Massawa to Italy in order to keep the French and Germans out. Italy was itself a fledgling nation, having only unified 20 years earlier. From the stifling heat of Massawa the Italians drove inwards and upwards to establish the capital of their African empire.

Massawa itself is a fascinating city, on the Red Sea and about 120 kms from Asmara, which takes around 3 hours by road and 12 hours by train. The journey is stunning, with the roads and railways crossing and weaving their way through mountain passes and deep ravines. The Independence War with Ethiopia is very visible in the old town, it still bears the scars of battle from 30 years ago, and it really looks as if here has been no investment since.

This is very sad, Massawa bears comparison to Zanzibar, it is built from Coral Stone, has a beautiful plan of narrow streets opening into well proportioned squares which allow the sea breezes to cool the 50 degree summer heat. If it were anywhere else in the world I feel sure it would have been rescued by now, it is still inhabited, but by a few hundred residents who do the best they can with the crumbling infrastructure around them. As we walked around the town Edward and the guides pointed out gaps where three storey buildings stood five years ago. Whilst there is often a romance in ruins this feels like a place on its last legs.  It deserves attention, and it needs help fast. 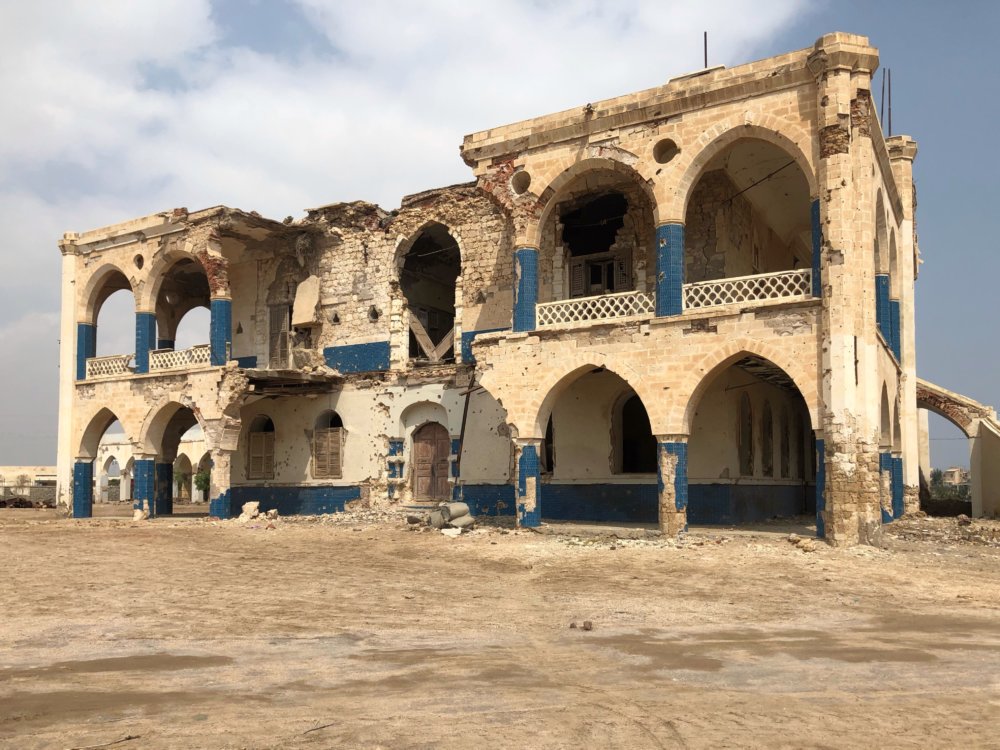 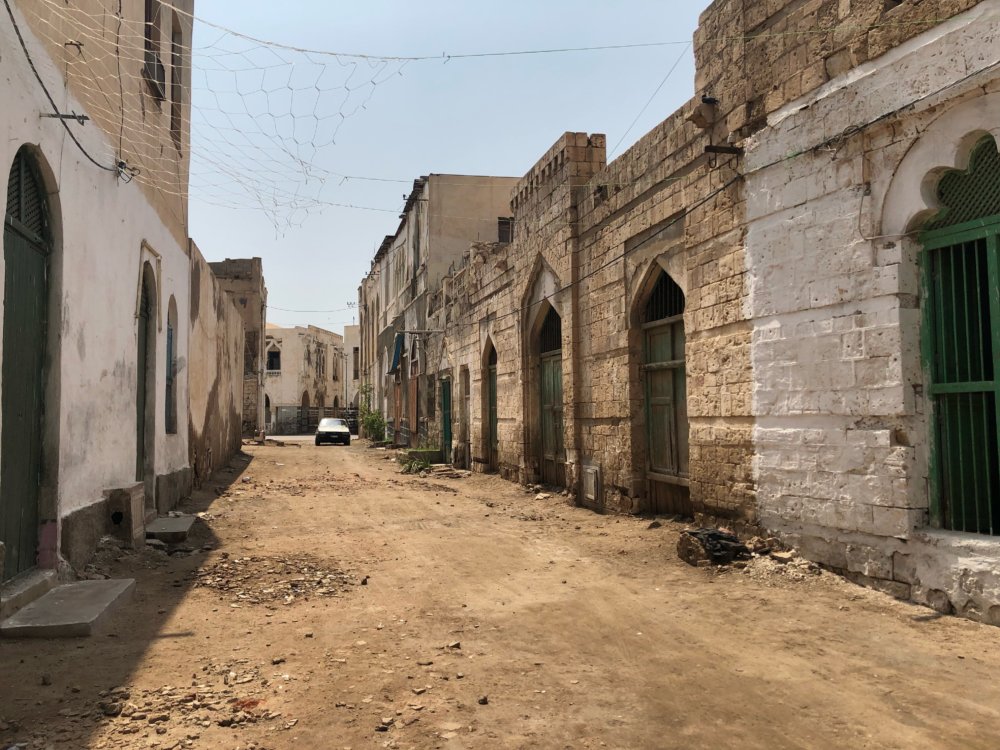 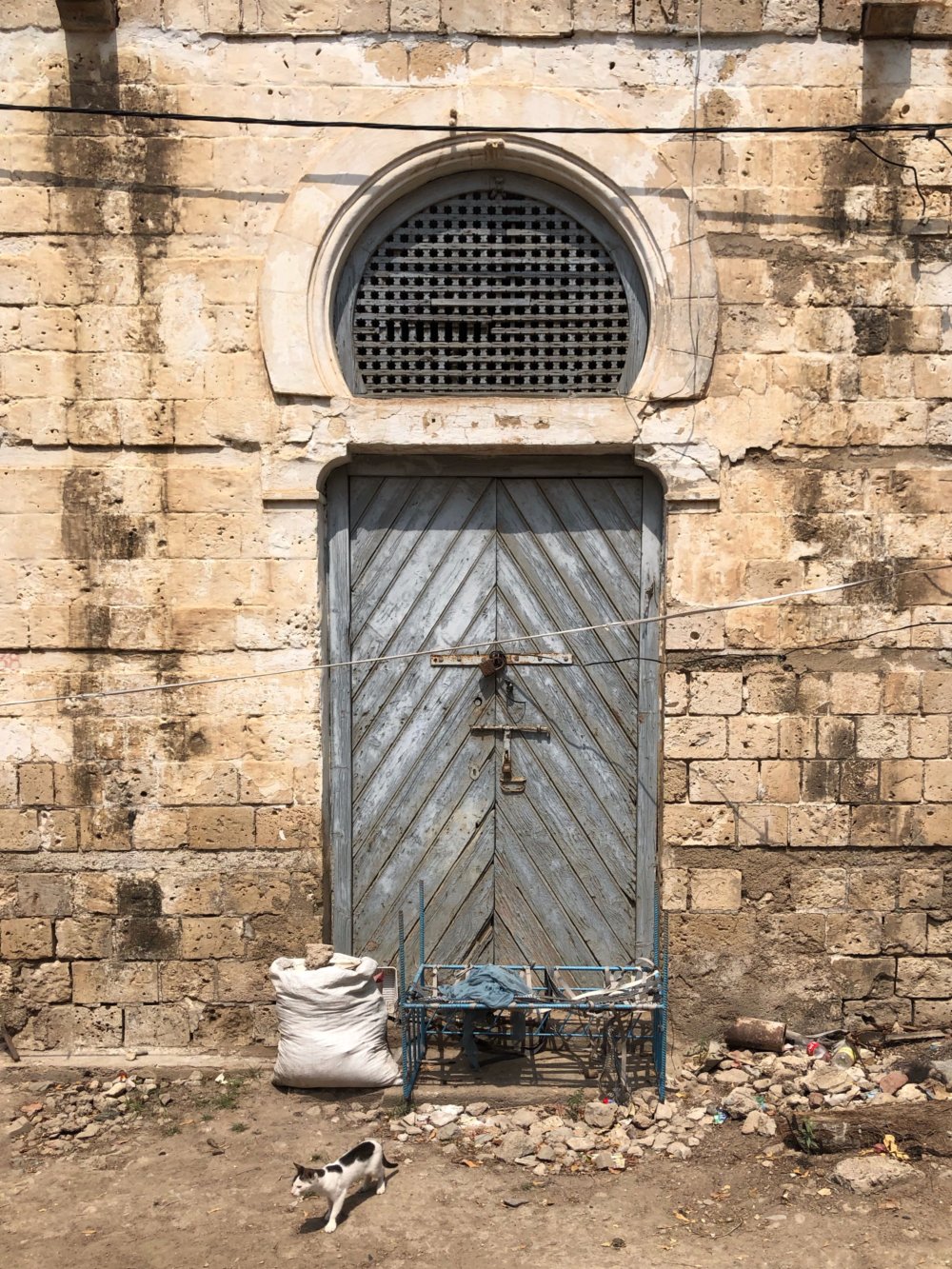 We were incredibly fortunate to experience the narrow gauge steam railway that once connected the port to the highlands. It was the brainchild of Eritrea’s first Italian Governor, Ferdinando Martini, and was completed in 1911. A handful of elderly enthusiasts maintain the trains and run them fairly infrequently for tourists and visitors. This is an experience that will live with all of us for a long time, apart from everything else, it is difficult to begin to consider how it was built. The Italians invested a huge amount in infrastructure that is still in use today, not just roads and rail, but importantly water management. 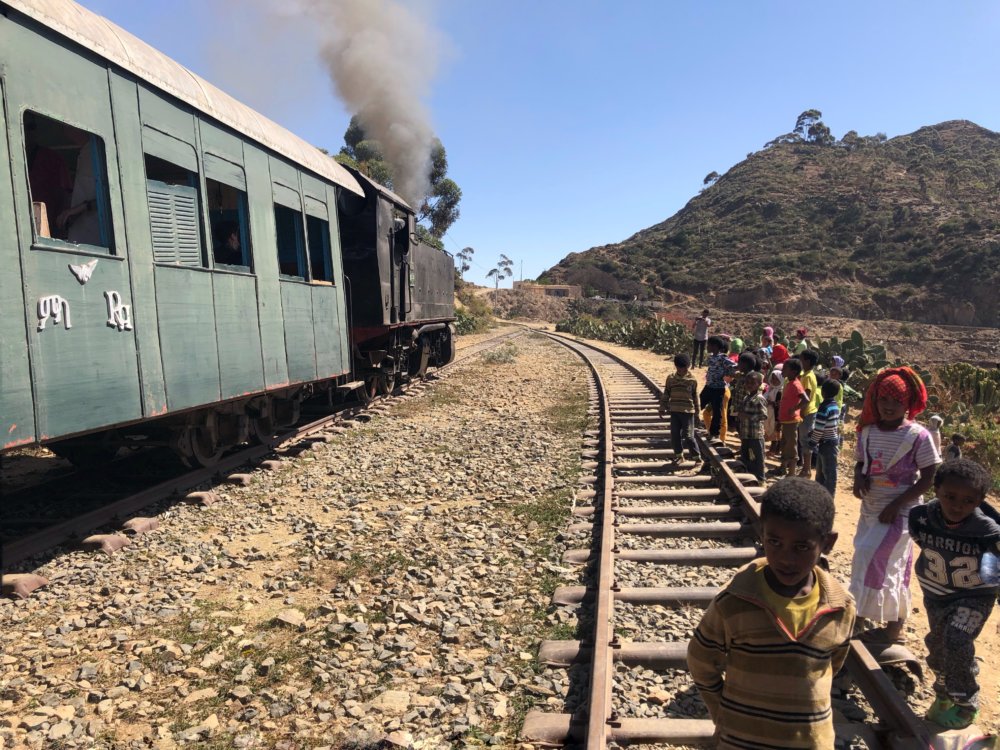 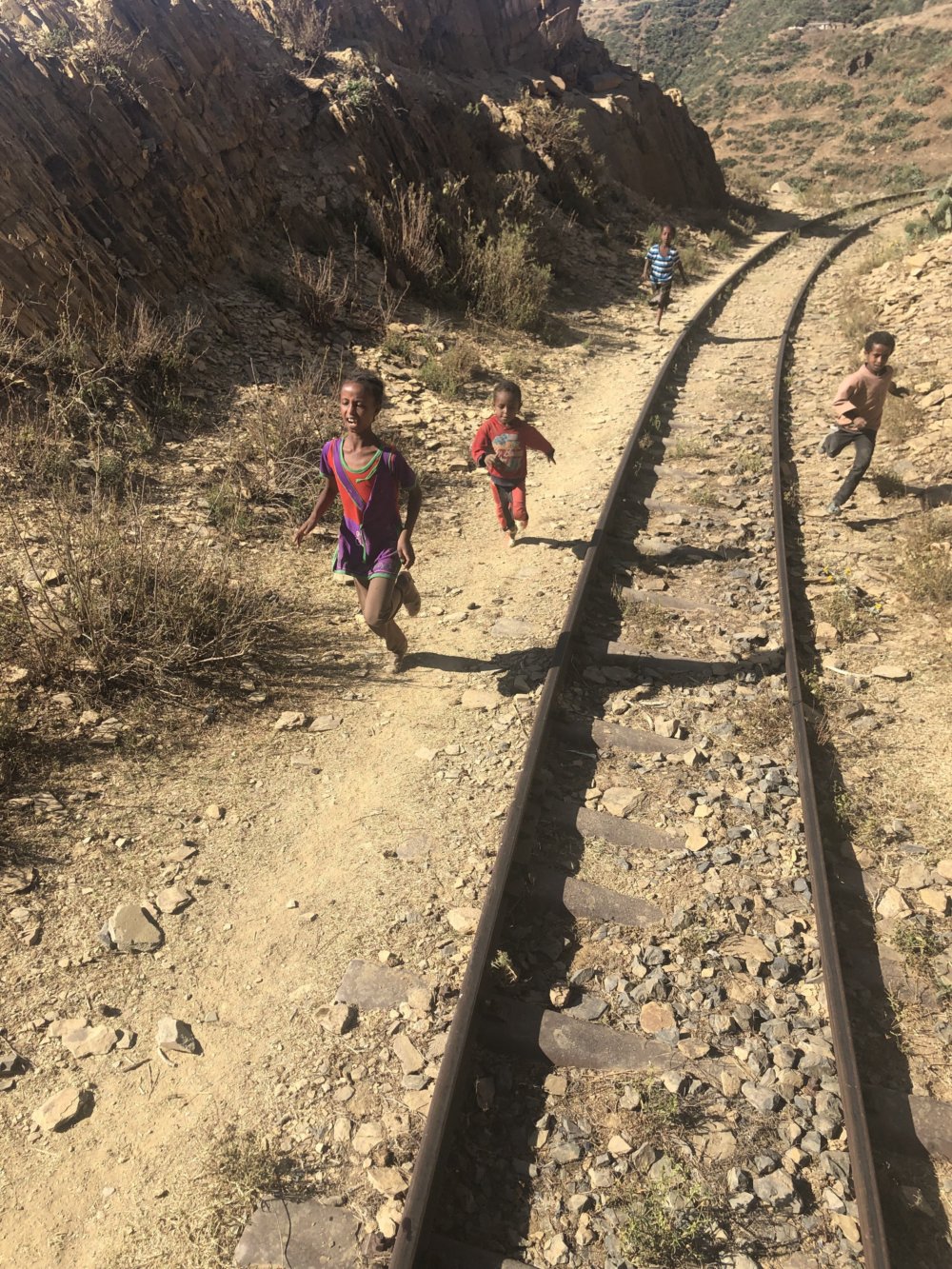 Asmara itself was developed and expanded in the 1930’s. Mussolini seized an opportunity to topple Haile Selassie and expand his African empire. In comparison the Martini years seemed benign, Mussolini’s commanders introduced a strict system of apartheid, years before the South African system. At the same time much of Asmara was rebuilt and expanded, giving Italian modernist architects free reign to create an ensemble of international style and futuristically designed buildings that we see today. Fiat, Lancia and Alfa Romeo are among the companies who built service stations, workshops and factories in Asmara and although disused they are still there today. 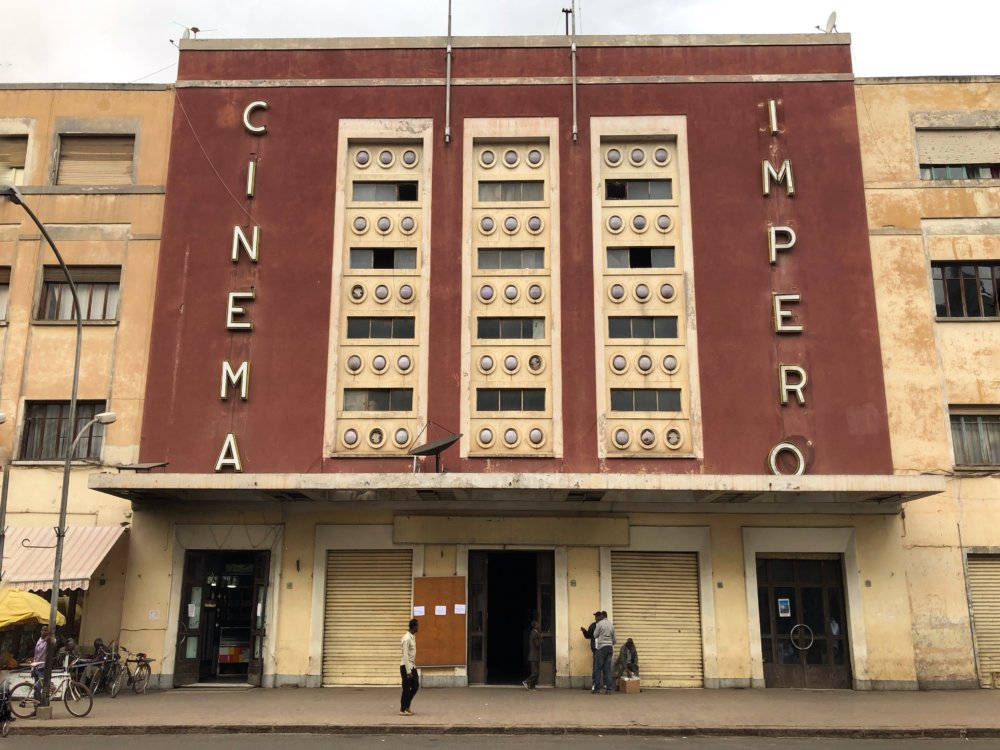 One of many cinemas in Asmara 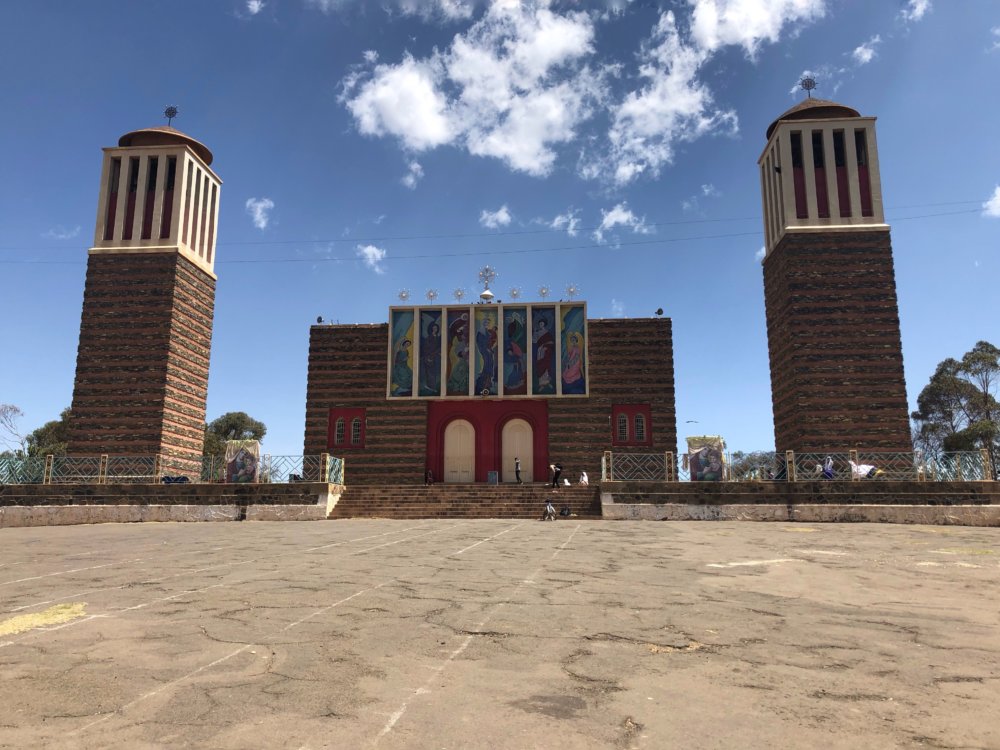 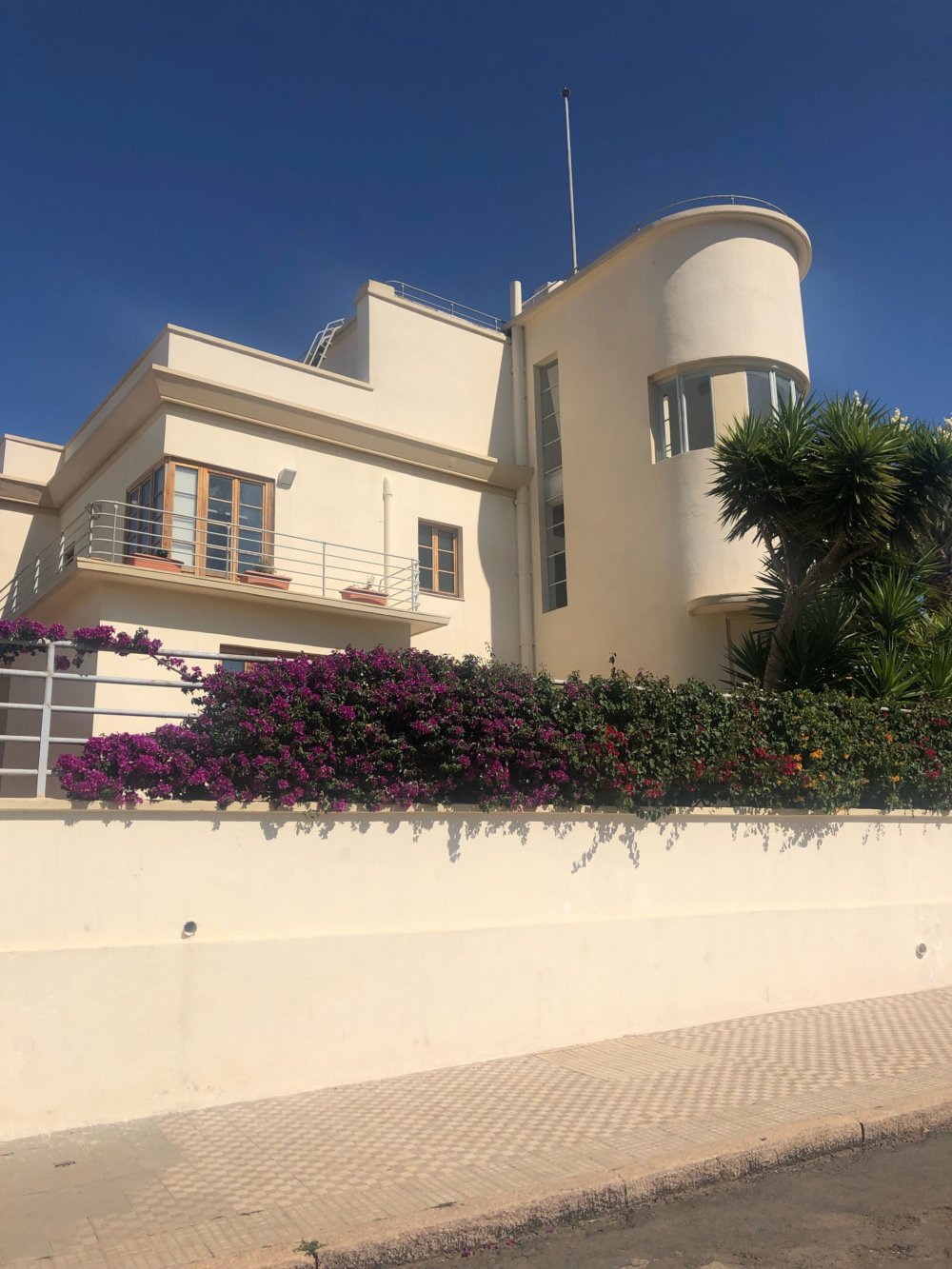 This investment in planning is what sets Asmara apart from many other African colonial capitals and cities. It is true to say that as a result of its modern history it has been largely preserved, there is little foreign investment except in mining, but there is more to Asmara than that. It is an example to us all that good town planning can create an environment that outlives its original purpose. The modern Eritreans are justifiably proud of their capital city. Its Italian heritage is still very evident, the language is still spoken by the older residents, 'ciao' and 'andiamo' are used by all, Italian food is on most menus and they serve the best coffee in Africa.  As the sun goes down there is even a passeggiata on Harnet Avenue.

In the west, academics and “radical thinkers” are dismantling the legacies of our collective colonial past, sometimes for good reason it must be said, ironically their accusations of cultural appropriation reinforce differences rather than encouraging diversity. We have a lot to learn from the dignity, elegance and pride that the modern Asmarino takes in the buildings and streets of a colonial master of questionable intent.