A visit to Maison de Verre

Architecture is a fundamentally referential discipline, movements and styles have always referred to historical precedent. Even radical departures from received aesthetics are founded on ideas or examples that preceded them.

Hi-Tech was an architectural movement that spawned a generation of leading British architects. Led by the work of Foster, Rogers, and Grimshaw in the 70’s and 80’s, these international architects are still sought out when transport interchanges are required, which is perhaps the best application of this quasi functional aesthetic. Whilst Hi Tech masqueraded as a functional and engineered solution there is no doubt that there was an almost fetishistic fascination with repurposed industrial product to produce a style that moved modernism on from concrete and Crittall. 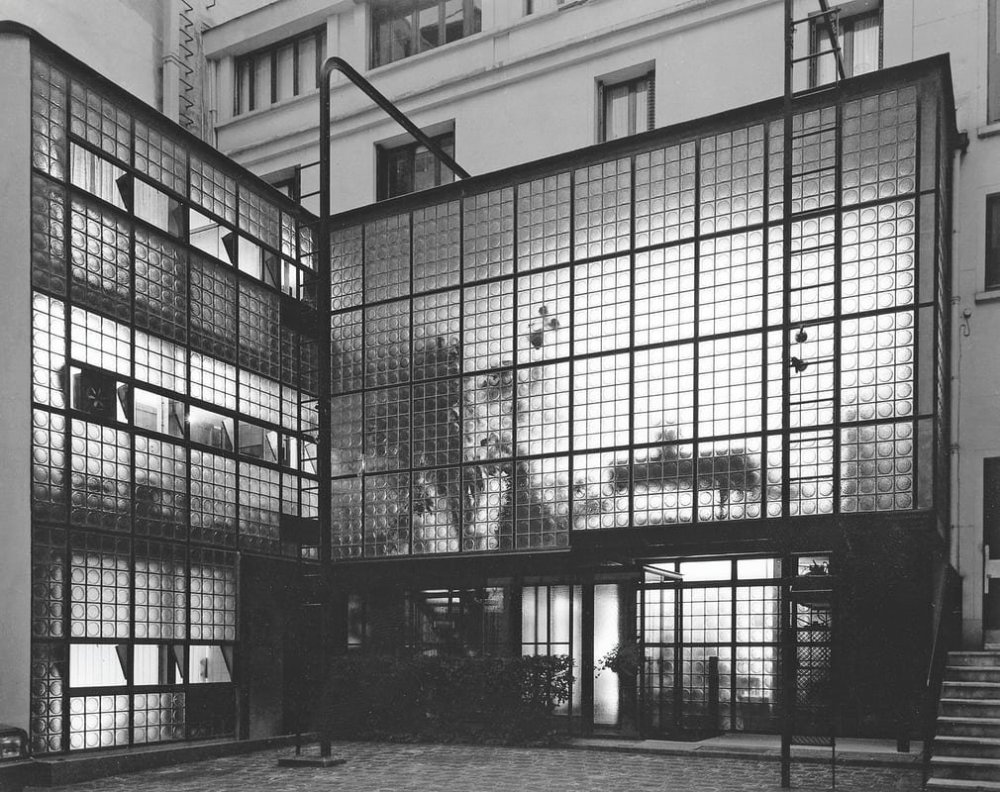 A visit to the Maison de Verre in Paris can't help but remind one of Hi Tech design in its early days. It was built between 1928 and 1932 for a Parisian gynaecologist and his wealthy wife by Pierre Chareau and the Dutch architect, Bernhard Bijvoet. Importantly, Louis Dalbet was the artisan metal worker who made up the trio of designers. It is one of the modern movements’ seminal houses, influenced by Le Corbusier’s “Five Points” but with none of the white aesthetics associated with his output. 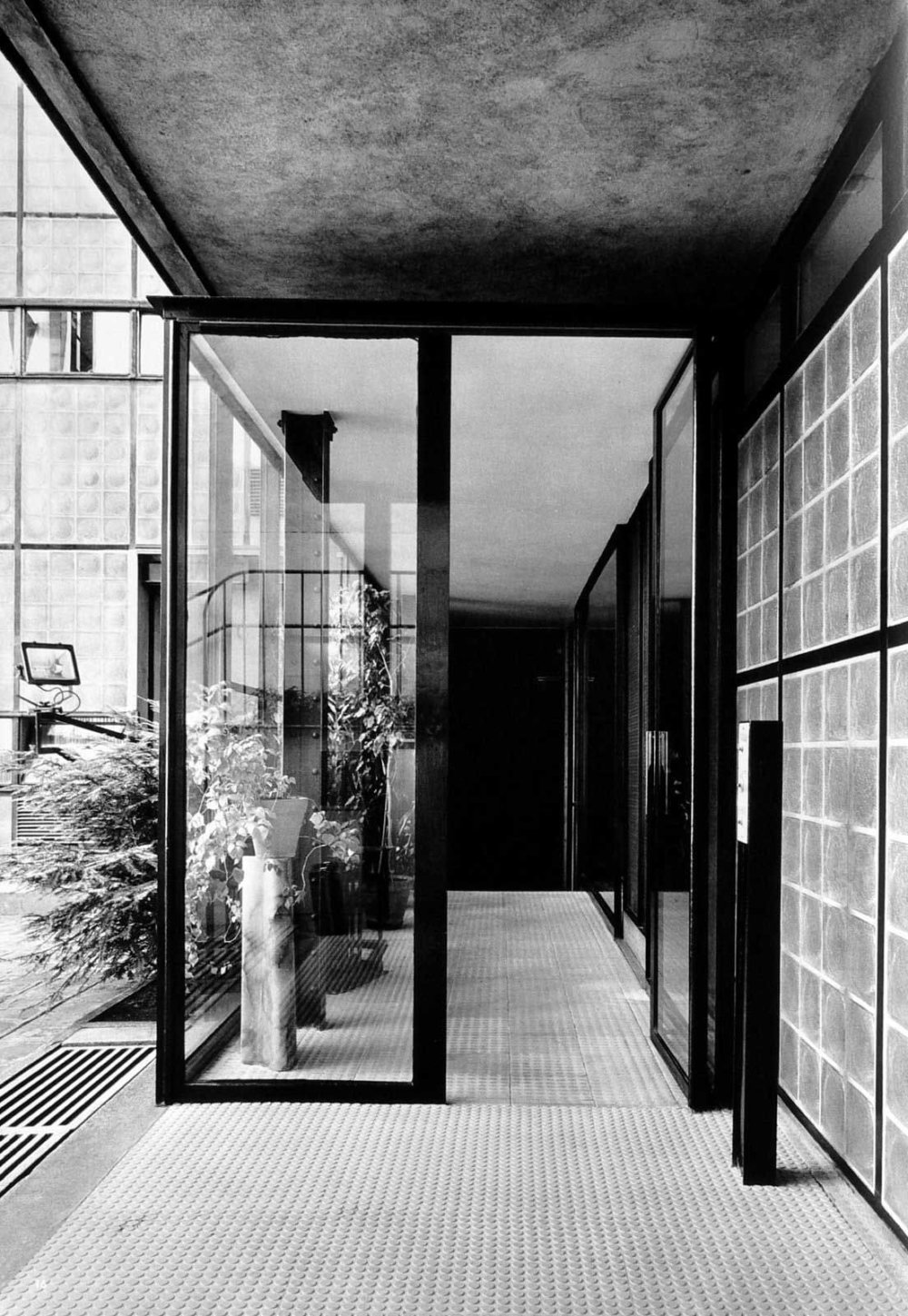 We are told that Richard Rogers visited the building in around 1966, at that time Team 4 were still working together. The palette of materials, Pirelli studded rubber floor tiles, expressed steel structure and exposed services were to appear ten years later when the Centre Pompidou opened its doors and this aesthetic is still being reinterpreted today. 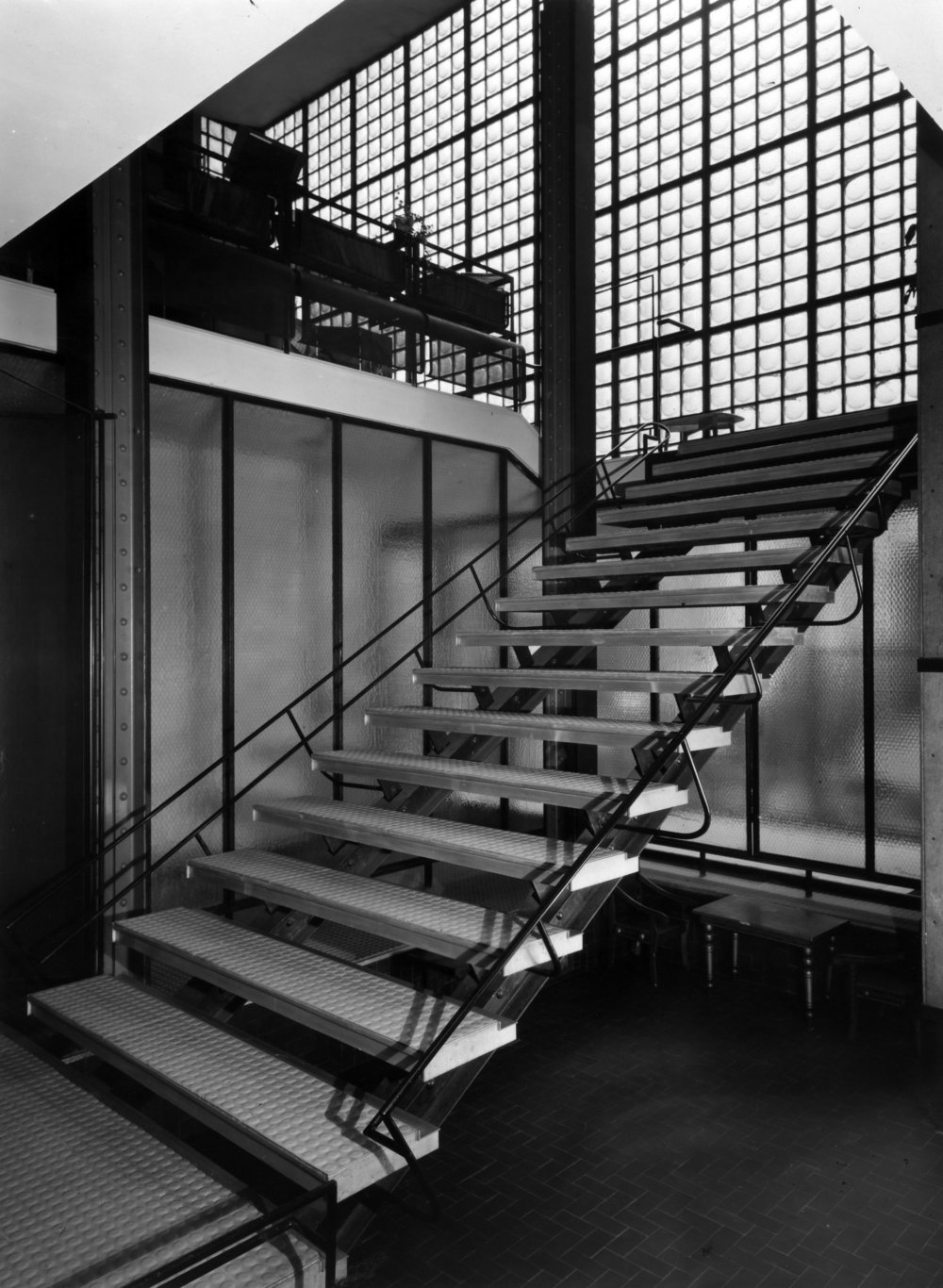 The house fascinates on so many levels. Commissioned by signed up members of the Communist party, it still had servants’ quarters, and a plan that enabled the separation of served and serving space. At one level it can be read as a traditional “Maison Partculière”, at another, a radical reinvention of the urban dwelling. Modernist interest in hygiene, cleanable surfaces, daylight and fresh air is evident in the use of glass blocks, steel and a sheet aluminium alloy known as Duralumin. The plan is an interlocking sequence of rooms and volumes linked by a number of staircases lifts and hoists. Bedrooms are small, and the clinical rooms formally sequenced from the semi-public waiting area to the most private space of consulting room. 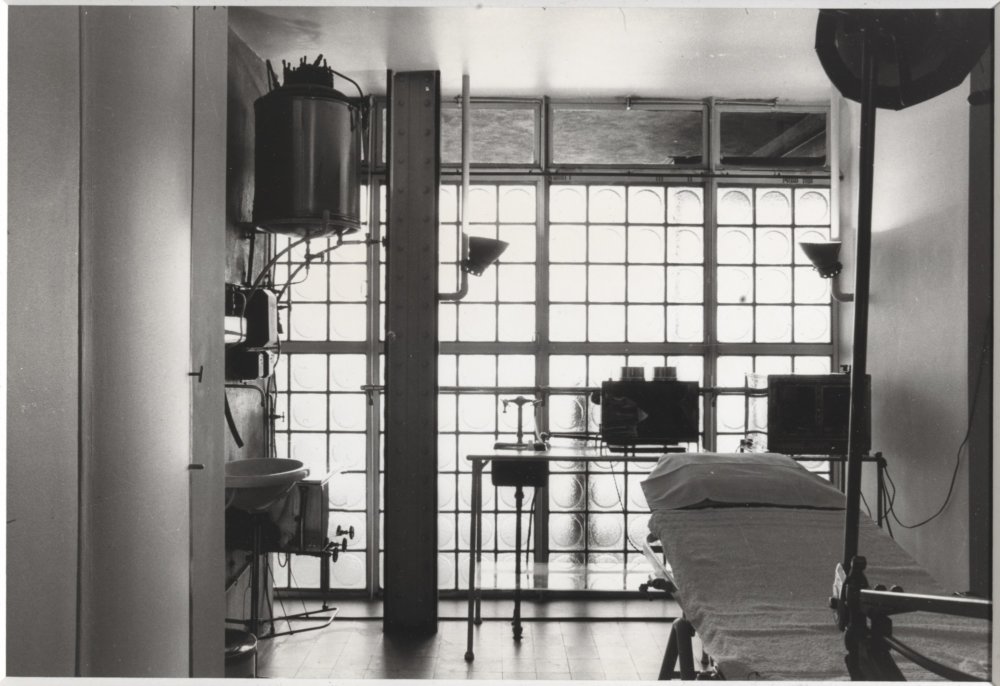 The house is owned by Robert Rubin, it is his Parisian base, and visiting it is to enter his sanctuary which is an incredibly generous arrangement. Rubin made his money on Wall Street and developed a passion for architecture, firstly buying and restoring Jean Prouve’s Maison Tropicale, and then taking an architecture degree at Columbia and working with Professor Kenneth Frampton. Rubin was the first person to own the property apart from the family who built it, and he instigated a fastidious restoration process that allows those of us fortunate enough to have the opportunity to see the house pretty much as intended, complete with original Chareau furniture. Understandably photographs are not permitted inside the house, which in may ways allows our imagination and memory to do their jobs. 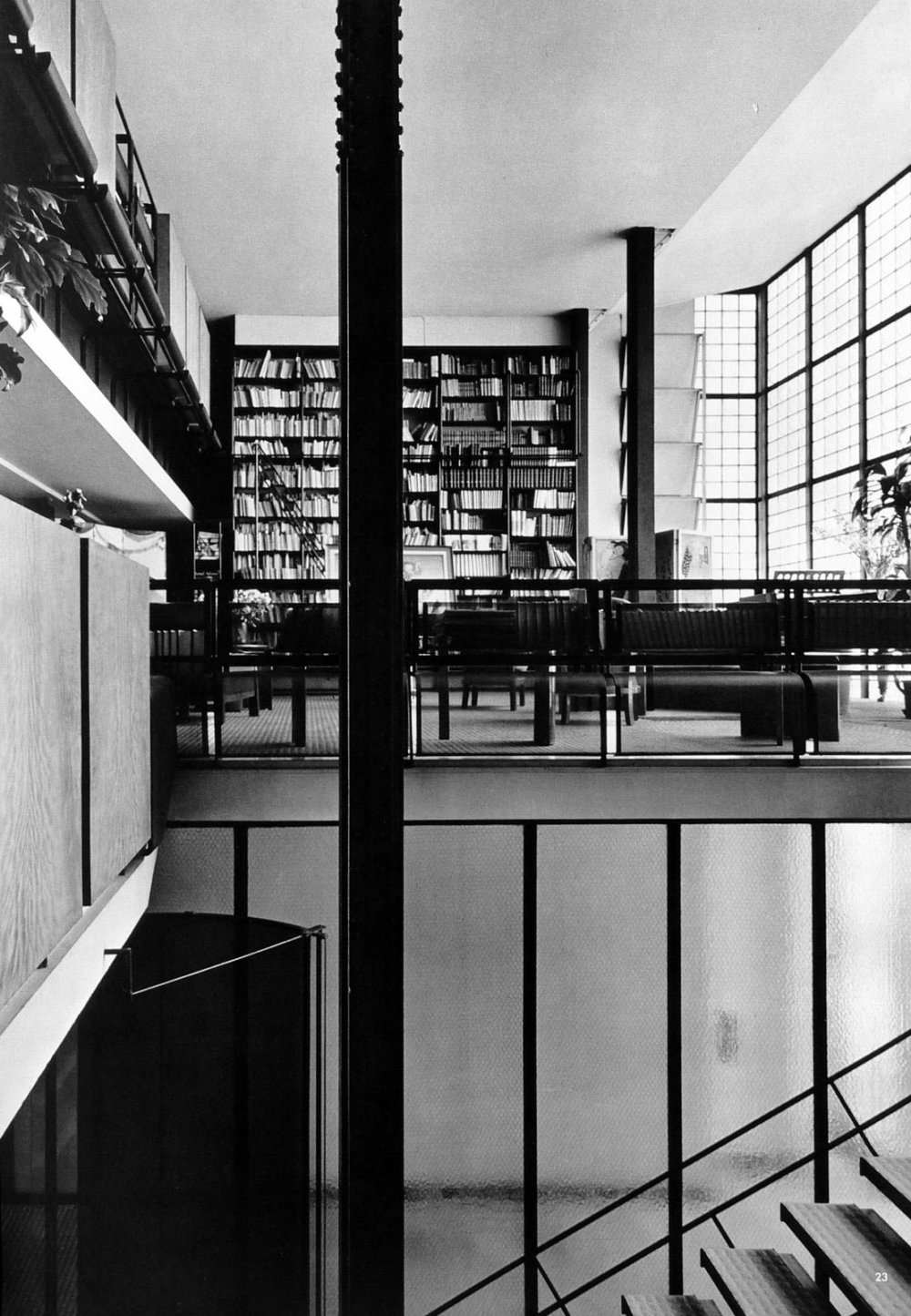 The house is reminiscent of traditional Japanese architecture, the materials, moving screens, diffused light and the colour palette all echo that world. By chance I had been thinking about Tanizaki’s “In praise of Shadows”, and on re reading it was surprised by the relevance of the opening paragraph:

"What incredible pains the fancier of traditional architecture must take when he sets out to build a house in pure Japanese style, striving somehow to make electric wires, gas pipes, and water lines harmonise with the austerity of Japanese rooms - even someone who has never built a house for himself must sense this when he visits a teahouse, a restaurant or an inn. For the solitary eccentric it is another matter, he can ignore the blessings of scientific civilisation and retreat to some forsaken corner of the countryside; but a man who has a family and lives in the city cannot turn his back on the necessities of modern life - heating, electric lights, sanitary facilities - merely for the sake of doing things the Japanese way."